How to Steal From Children

Paul Greenberg
|
Posted: Sep 27, 2017 12:00 AM
Share   Tweet
The opinions expressed by columnists are their own and do not necessarily represent the views of Townhall.com. 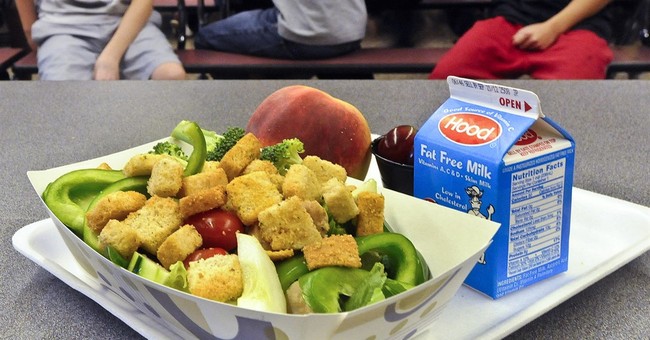 The federal government's Summer Food Service Program is a well-intentioned effort to make sure poor kids don't go hungry, and make wise choices in the cafeteria when they go to school. But we all should have learned by now where even the best of intentions can lead. In Arkansas' case, they lead straight to scandal. For there's no government program so pure in conception that in execution it can't be corrupted by the usual thieves in public servant's clothing.

In this case, covered in detail by the Arkansas Democrat-Gazette recently, not only did these chiselers steal from children but from hungry ones. By now a continuing investigation has indicated that more than $11 million is missing from the public till. At last running count, 10 defendants have been sentenced for their roles in this scam, while five more await sentencing. When it's said that Arkansas is the Land of Opportunity, surely that phrase wasn't meant to describe opportunities for such corruption.

All this was uncovered by the state's Sherlocks, who set out only to assure that honest providers of good food for good kids didn't quit this school-lunch program in wholly understandable disgust. "The program really grew under the previous administration," observes Tonya Williams, who directs the state's Division of Child Care and Early Childhood Education. "There was a big interest in trying to feed children in Arkansas because we were ranked pretty low" in terms of seeing that poor kids didn't go hungry, she explains. But as far as the Beebe administration: "I think it did not anticipate -- it certainly did not anticipate -- the kind of collusion that occurred." But where there's a will, the crooks will find a way around accounting safeguards that are supposed to be foolproof and crook-proof but aren't.

Nationally, by November 1999, the U.S. government's Accountability Office had already found that the Child and Adult Care Food Program "has long been plagued with fraud and abuse." Since 1993, the U.S. Department of Agriculture's office of inspector general had conducted over 55 audits and investigations in 23 states and found many an example of intentional abuse of federal funds, that is, the American taxpayer's hard-earned tax money.

Waste, fraud and abuse, if thy name used to be the Veterans Administration, now it has become the Child and Adult Care Food Program in states clear across the Union.

If there is hope, it may be that there are still some public servants who aren't just wolves in sheep's clothing. For example, there is the aforementioned Tonya Williams, who, despite it all, is trying to keep her department focused on its mission. The papers may be filled with trials, plea agreements and sentencings, but she still has kids to feed, thank you.

So auditors will continue to do their jobs. So will reporters. And prosecutors.

And so will real public servants with thousands of kids to feed. If not for them, we'd still have fraud and taxpayer abuse. But a lot more hungry kids, too.