Schiff Makes Good on His Threat to Keep Pursuing Power

Paul Greenberg  |  Jul 20, 2017
The opinions expressed by columnists are their own and do not necessarily represent the views of Townhall.com.
Top Columns
Trending on Townhall Media 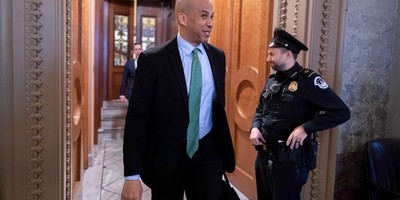 With apologies to Jonathan Swift ...

It has come to my attention that grammar may be the first casualty of today's overemphasis on linguistic correctness, for today's college campuses are being overwhelmed with supernumeraries who are proving a burden to their families, country and mankind in general. So it is imperative to see that this plague of useless pedants is reduced or, preferably, eliminated. Waving advanced degrees that usually refer to arcane "disciplines" like science, philosophy or literature, they do nothing but take up room that could be put to much better use by those for whom modern, contemporary colleges are intended: the keepers of the sputtering flame who go by the currently esteemed name of administrators.

At present it is a melancholy sight indeed to watch these ideological parasites prance and preen about, and even pretend to remedy the educational shortcomings of students who would be much better off elsewhere, where they could enjoy successful careers as carhops or parking-lot attendants if given sufficient Remedial Education -- a term that calls to mind a prescription to be used at a professional drugstore or amateur meth lab instead of a proper, bureaucracy-packed, over-administered and down-to-date college campus in these with-it times. Instead, sticklers for grammar and other antiquated arts keep submitting ever-changing estimates of how well or how poorly these subjects of their unwanted attentions may be doing in "remedial" classes. Who cares so long as they're successful, even if success is not defined beyond bringing home a paycheck.

What should count these days is making a living, not a life. Philosophy, shmalosophy, so long as students don't get in the way of the people who really matter -- the administrators -- who needs 'em? Just get rid of all the hangers-on and save everyone the bother of deciding who needs the kind of useless "remedial" education that is now being forced on these unsuspecting louts and loutesses, who'd profit by a large dose salutary neglect. After all, wouldn't you just as soon be operated on by a doctor who spent his college and graduate-school years loafing about? The way kids should. Rather than spending their time the way the bookworms did, striving to excel. The strivings of those pretentious types always puzzled the rest of us. Though our was a puzzlement not unmixed with envy.

Knowing whether students are supposedly ready for college in a state like Arkansas that traditionally places near or smack on the bottom in the percentage of its population handed sheepskins shouldn't matter, for that tradition is worth preserving. It's not as if everybody could be someone as high-paid and all-important in American society as a football coach. The rest of us should be more than content with an academic system that long ago outgrew education as a goal and instead aimed for Degree Attainment, a term so much more satisfying than mere "education." For the term has a futuristic, scientific, multi-syllabic ring, as Gentle Reader will surely agree if only he wouldn't stop to think about it. For thinking about things is the great vice of this modern, command-and-control society that somehow fails to do either. Better not to bother our pretty little heads about such matters but just leave them to those who know how to make administrative decisions, and who better prepared to make them than the officially designated administrators?

It is a melancholy sight indeed to walk through a college campus these days and see no signs of boisterous students quaffing pints of ale as in the High Middle Ages but only studious neophytes headed for the library or lab for an all-nighter, risking their health and sense of total satisfaction with themselves. Those were once the very hallmark of a well-trained college population, but not now. Talk about decadence. Yes, a sad sight indeed.

I have been assured by a very knowing observer that a remediated student makes a most fitting subject for any nice, respectable dictator to rescue from a lifetime of having to make his own decisions. Ignorance remains bliss, and how selfish of the rest of us to deny the next generation of its satisfactions. I compute that the University of Arkansas at Fayetteville or its sister campus, the University of Arkansas at Little Rock, could contribute thousands of certifiably remediated graduates every decade if both would just try harder, difficult as it is to dumb down students who may be hopelessly addicted to knowledge, skill and other such bad habits, poor things.

I can think of no objection to my proposal to let graduating seniors remain as innocent of real learning as they were when they came to the campus as freshmen. Many another state or even whole country would be delighted if its students showed as little regard for an old-fashioned education as ours. But it's an uphill struggle to keep the little darlings as dumb as we were. For here in Arkansas we believe in Regnat Populus, as the state's official motto puts it. Which seems to mean: Let the People Alone. But to do so risks their aiming to become better than they are, which would undermine the purpose of this modest proposal. 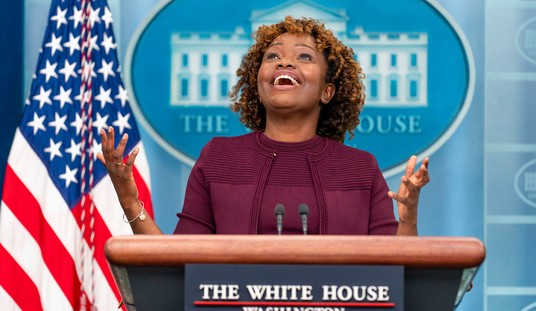