Teacher of the Year

Paul Greenberg
|
Posted: Apr 27, 2017 12:01 AM
Share   Tweet
The opinions expressed by columnists are their own and do not necessarily represent the views of Townhall.com. 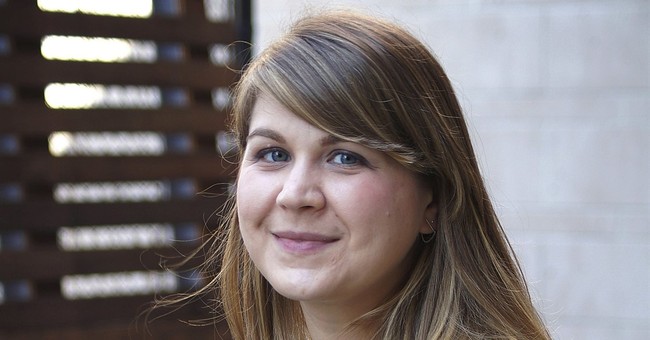 It's about time if not past time. According to reports, a high school teacher at a public charter school in Boston has been named National Teacher of the Year, adding to her and her school's distinctions. The award also represents fitting recognition for the most meaningful change in public education during this era: the charter school. Instead of being just unionized pawns in the struggle for the taxpayers' money, these free and independent teachers can choose to serve those kids most ill-served by failing public schools organized along traditional lines.

In this case, Sydney Chaffee of the Codman Academy Charter Public School has shown what a fine teacher can accomplish if just set free to free her students in turn. Her students live in Boston's poverty-wracked Dorchester neighborhood. Which is where 34-year-old Ms. Chaffee holds forth. Her students study history and language -- the two are inextricably woven together -- under her spirited guidance. The larger subject of these kids' study would seem to be the whole world as, using the casebook method, they proceed to examine instances of injustice around the globe -- from decades of racial segregation in South Africa to Haiti's struggle for freedom and dignity against everything both man and nature can throw against that little domain.

Let it be noted that Haiti's history has its heroes as well as villains, prominent among them the valiant Toussaint Louverture -- one of this hemisphere's most effective generals and visionary statesmen. And if his story is all too little known outside Hispaniola, it may be because he freed and then led so small a dominion. It's as if Babe Ruth had spent his baseball career with the Washington Senators instead of a high-stakes operation like the widely hated New York Yankees.

Sydney Chaffee has chosen to cast her lot with the poorest of prospects, but that hasn't kept her from turning in an all-star performance. When her students aren't poring over the books and asking probing questions, they can take advantage of acting classes at the closely allied Huntington Theatre Company, for there's no reason education can't be as co-operative an enterprise as any other great undertaking.

When he was asked what makes a great teacher, a scholar at Sanford University offered the best, most forthright answer yet recorded: "We don't know." Yet everyone who's fortunate enough will remember encountering a great teacher, for the breed is unforgettable.

One old-timer who's been demoted from teaching history to writing editorials about it still has a vivid memory of the lady who taught him biology and then genetics at Centenary College of Louisiana, another small domain of its own. He can close his eyes even now and see her standing before the class holding a different colored piece of chalk between each finger of one hand as she deftly sketched all the human body's different systems on the chalkboard in front of her. What a lady, what a teacher Mary Warters was. He can still hear her Georgia accent and see her piercing blue eyes as she drew the human body's organs, showing no mercy to any student so befuddled that he had guessed that the taste buds were on the lips, not the tongue.

Oh, the teachers our hero was lucky enough to have encountered in his highly checkered past. The great, the good, the fair-to-middlin', the poor, the absolutely atrocious, they all come back to him now in his dreams -- and nightmares:

There was the distinguished professor at Columbia University who had resolutely shut his eyes during the young man's oral examination for a doctorate in history -- as if seizing the opportunity to take a nap. How the subject of these reminiscences now wishes he had just stood up right there and then and tiptoed his way out of the room. Then there was the professor at the same institution who insisted on mispronouncing the name of Cairo, Ill., like the one in Egypt, for the poor professor just didn't know the lay of the land by personal experience. Or even the direction of the rivers that periodically washed its farms and cities away.

They're all just personal memories now. But to take the personal out of history is to take everything out of it. It's a mistake one can be confident Sydney Chaffee, this year's national Teacher of the Year, would never make.