Mind of a Killer

Paul Greenberg
|
Posted: Apr 26, 2017 12:01 AM
Share   Tweet
The opinions expressed by columnists are their own and do not necessarily represent the views of Townhall.com. 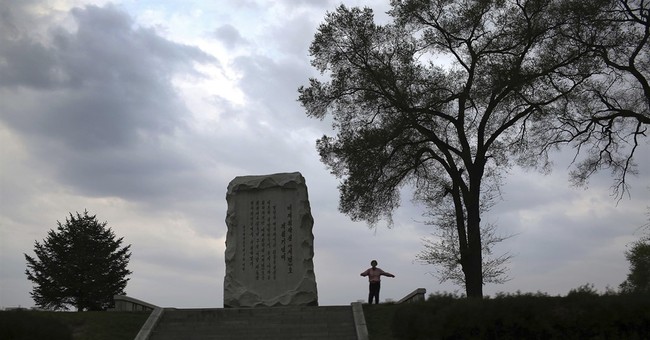 Put yourself in his place. You'd understand that his job took some planning. It's serious business, killing. It's an exacting art and demanding science. But truth to tell, he rather enjoyed the challenge -- or he'd never taken up this hobby. Killing brought out his talent for planning and then, literally, execution. Everybody who knew him well, though nobody did, would say he was good at meeting both of those challenges, not that anybody took enough interest in him to wonder what was really going through his clever mind. Which was just fine with him.

He thought of his seeming ordinariness as protective coloration. He just waited quietly for a victim to come along, the way a spider waits for a fly to get caught up in his web. It just takes a little patience and planning to carry the thing off. The fly is just minding his own business and then zap! Unless the spider chooses to prolong the game, and this killer does. It's more fun that way.

The malice aforethought could be the most delicious part. Especially when it could be made to appear innocuous. And he'd get away with it. If it were done right. And he'd do it right this time. Look at how many other killers were doubtless walking the streets now, waiting to strike. Thinking of them comforted him. We killers are Legion, he told himself, all members of the same secret fraternity.

Like a skilled surgeon, he'd know which members of its varied ranks a society would be so much better off without. An amputation or two here, a nip and a tuck there, and all would admire his handiwork if only they'd known he was the one who'd done it. Except maybe the squeamish types who were always making trouble as a man went about his vocation, which in his case was also his avocation.

He wasn't sure he played this game for the fun or the profit involved, they were so intertwined in his twisted mind. He would take care just to excise the most worthless or just luckless from society, and no one would need know.

As for planning his getaway, that would be an even sweeter adventure. Maybe the best part was that he'd never have to explain anything to anybody in authority. For who'd know he'd done it?

Tell the truth, fellow citizen, if you dare: Haven't you ever hated the very appearance of somebody so much that, as they say, you could just kill him? But why get so personal about it? Take that little blonde right there just ahead on the sidewalk, swishing her skirts and sharing a polite smile with all who come her way. ... Why not blot her out? For her very existence annoyed him. And if he didn't have any obvious motive for killing her, there'd be nothing to connect him to her unfortunate demise. The result would be just another cold case collecting dust in the files. It would be the perfect crime.

These sweet calculations and anticipated satisfactions kept going through his mind. He was sure he'd be one of those who'd get away with it and would very much like to try again. Murder is a dish best served cold anyway. You can almost hear him thinking to himself: "Yes, catch me if you can, all you sleuths out there -- amateur or professional. You might think I'd lost my reason. But it's quite the opposite: I've lost everything but my reason, as my fine work shows."

What he does all alone has an undeniably universal appeal. For who hasn't wanted to kill somebody at one time or another? And imagined carrying it off. It's nothing personal. It would be done for the principle of the thing. And who wouldn't want to play this game? For he was judge and jury, the shocked public and the onlooker cheering for blood, too, all combined. Especially if he could wangle his way into a position of authority. Then no questions would be raised, let alone answered.

Why, it would be like playing some kind of a god, deciding who shall live and who shall die, and for what reasons or none at all. What sober fun, weighing all the evidence and then reaching a solemn-faced conclusion. There would be those of his victims too vicious to let live, and those too dumb to let die. The distinction would have to be made with all due deliberation and all ceremonies properly observed. The press would ask the usual questions, but they could be put off with the usual evasions, equivocations and an exclusive interview or two.

Tell me the truth, Gentle Reader, aren't there some people you just know the world would be better off without? And others you'd spare for personal reasons? Want to know what all that feels like? Just ask the Hon. Asa Hutchinson, Arkansas' own chief executive, as in execute. And there's no doubt about it: He kills out of the purest and most dispassionate of motives. He's as innocent in his own learned way as some of his victims. So who's the killer here, and who those scheduled to be killed?