Paul Greenberg
|
Posted: Apr 12, 2017 12:01 AM
Share   Tweet
The opinions expressed by columnists are their own and do not necessarily represent the views of Townhall.com. 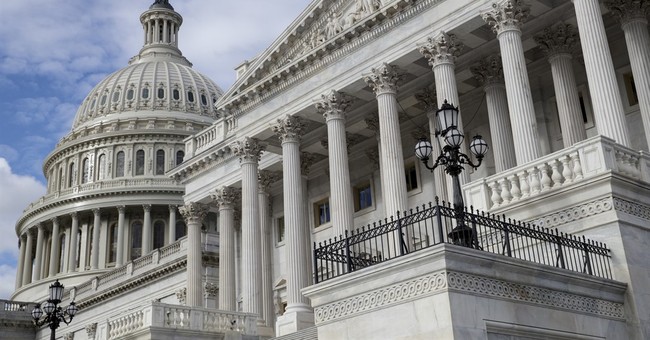 An iconoclast all his life, the latest belief Judge William T. Coleman Jr. shattered was that the good die young. Dead at 96, he was the Zelig of his long time, one of those unidentified little figures in the background while legal history was being made all around him. Except that it was Coleman who so regularly made it. Having been limited to racially segregated schools in Philly -- another dubious legacy of Woodrow Wilson's -- young Coleman was called on to deliver a speech to his fellow sophomores, and did such a fine job, his white teacher complimented him on it by telling him: "Someday, William, you will make a wonderful chauffeur."

Even at that young age, Coleman knew that condescension was just the flip opposite side of racism. He had come by that recognition honestly, for he was the product of six generations of teachers and Episcopal ministers. Both W.E.B. Dubois and Langston Hughes were regular dinner guests at the Colemans' home in the Germantown neighborhood of Philadelphia.

He was suspended from school more than once. As he would recall in his memoirs, when he sought to join his school's all-white swim team, the team dissolved rather than admit him. (It would un-dissolve when he graduated.) Such were the times when Coleman grew up in America.

A lifelong Republican by birthright rather than made one by the always shifting tides of public opinion, Coleman was not a RINO -- a Republican In Name Only. Back then, young Coleman would go on to attend the University of Pennsylvania -- with the blessings of his old swimming coach, he was gracious enough to recall -- and then do his part for his country after Pearl Harbor, but not without doubts. Though he'd been accepted by Harvard's law school, he wondered "whether it made sense to fight for freedom and liberty in Europe and Asia when racial segregation was still so rampant in the United States."

He wasn't alone, if you'll remember. The black men who came back from the Second World Catastrophe wondered the same thing. And through their efforts, the modern civil rights movement was born.

Hope and pride in America won out, and Coleman fought by enlisting in the Army Air Corps, defending the accused in courts-martial. His time with the military ended when a Democratic president named Harry Truman dropped atomic bombs on Hiroshima and Nagasaki, and peace descended in a radioactive cloud.

Airman Coleman would go on to marry Lovida Mae Hardin from New Orleans, whom he'd met when she was studying in Boston. And their children would go on to distinguished careers at the bar. But first, Dad had to go on breaking the color barrier. As the New York Times reported in April 1948: "For the first time in the Supreme Court's 158-year history, one of its justices will have a Negro law clerk." The justice would be Felix Frankfurter, who collected intellects the way others gathered sea shells or postage stamps. And yet the bright Coleman and his fellow law clerks still had trouble finding a lunch spot that would accommodate them so long as the "colored gentleman" was in their group.

No matter. Bill Coleman's name would find a table reserved for him in the annals of American law. His authorship could be seen between the lines of one landmark case after another as he went on to become chief counsel for the National Association for the Advancement of Colored People, a title that now seems quaint in an era when radicals on campus don't argue for their views in a free and open forum but try to silence any dissent.

His Honor William T. Coleman would stay busy remembering not only his trials and tribulations but all the people who had influenced and encouraged him along the way. For in the end, like all great men, he was willing to let bygones be bygones and remember the good people regardless of party who had stood by him in the course of his long and remarkable life.

"They shared the strong conviction," he would write toward the end of his life, "that individual talent, brilliance and effort can and will change the course of history."