And So it Goes, On and On

Paul Greenberg
|
Posted: Nov 28, 2016 7:30 PM
Share   Tweet
The opinions expressed by columnists are their own and do not necessarily represent the views of Townhall.com. 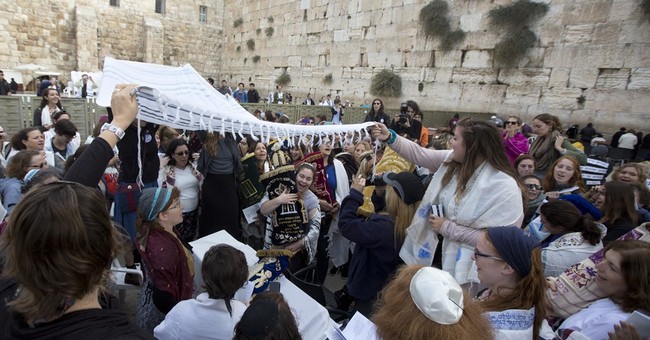 It is the Jewish Sabbath, and so I do not phone my daughter in Boston -- or, more precisely, Newton Centre, Mass., for it wouldn't matter anyway. For 24 blessed hours, if not another added to ensure the peace of the day, she is incommunicado. Her phone goes unanswered, her laptop is recharging, just as she and her family are.

My father, being of the tribe of Levi, took care to wash his hands on leaving a cemetery, lest he carry any of its contamination with him. After every funeral in the congregation, he would sigh and tell me, "And so it goes." And indeed it does, like life itself.

Don't get me wrong; Pa was a man who loved life with all its ups and downs and sidewayses. He even fancied himself something of a dancer, much to the embarrassment of his oh-so-sophisticated sons. There was a twinkle in his eye that would not be extinguished till he joined his beloved dead. For he was the head of his congregation's Chevrei Kadisha, literally Holy Gang, and would be dressed in complete Masonic regalia when he finally went to meet his maker.

You couldn't but love the man my favorite cousin called Uncle Benny, and while he did have feuds and fusses from time to time, he never met a stranger or a wayfarer who was not welcome in the house to spend Sabbath and enjoy a good meal of eastern European fare that, I learn from the Wall Street Journal, is now the fashion among gourmet chefs.

"More than Israel has kept the Sabbath," a purely cultural rather political Zionist wrote in another century, "the Sabbath has kept Israel." Yes, let other peoples raise their flags and claim their territories, but this peculiar one claims only a territory of the spirit. All it has asked through much of its checkered past is to be left alone. But that turns out to have been too much for great empires to grant. That it asked so little caused other more aggressive people not to love it but despise it. So does weakness work; it invites only more bullying. Cringe and be prepared to suffer the rod, not escape it. Only strength and self-reliance will prevent it, never weakness.

A good Sabbath to you, friend, on whatever day of the week yours falls. May you be well and strong. And may you avoid the contagious grip of today's ideological fashions. Writing in First Things, its editor R.R. Reno tells about a visit he paid to Christendom College in Front Royal, Va. He describes it as a small cog in the vast machinery of what is laughingly called higher education in this country.

Christendom College is hidden away from the maze of worldly concerns in this land of the free and home of the unlettered. It doesn't even accept federal grants, which have become the life's blood of American education and a great point of pride among other schools. The school's curriculum, like its mission, is traditional, geared toward a life of the mind and spirit rather than urging its students, like so many trained seals, to climb the greasy pole of politics.

Strangely enough in this day and debased age, Christendom's required courses are intended to inspire a life of faith and reason rather than to join some meritocratic upper crust that's supposed to run Barack Obama's administrative state. How rare, and how welcome.

Brother Reno is scarcely enthusiastic about today's industrial-educational complex. He contrasts Christendom College with Haverford College, his own alma mater, which remains as impressive in its own frightening way. It, too, has a small student body, which numbers about twice the almost 500 who go to Christendom. But its campus is large and well-maintained. To call it grand would not be inaccurate. Grand, too, are its financial resources, and its faculty could be changed for that of any other highly selective institution in or out of the Ivy League and nobody might be able tell the difference.

Kids all over America doubtless dream of going to such a school some golden day. You might call it a feeder school, as Brother Reno indeed does. For the whole system in this country would seem to be dedicated to feeding the most talented of our young people into the maw of this modern-day Moloch, god of progress or what goes by that name.

Yet the little Christendom Colleges of the land proliferate like so many blessings, waiting only to be gathered up. There is no need to spy them out. They'e not hiding but are there in plain sight. Look around and you'll find one. Both you and your kid might be glad you did.

Biden's Polling Is So Bad One Democrat Running for Office Doesn't Want Him Anywhere Near His State
Leah Barkoukis
Pentagon Puts 'Up to 8,500' Troops on 'Heightened Alert' Over Russia Fears
Spencer Brown
Not That We're Shocked, But the CDC Just Hurled More Propaganda About Masks Again
Matt Vespa
Liberal Writer: 'I'm Done' With COVID Restrictions, And What We're Doing to Children is a 'Moral Crime'