Paul Greenberg
|
Posted: Oct 19, 2016 12:01 AM
Share   Tweet
The opinions expressed by columnists are their own and do not necessarily represent the views of Townhall.com. 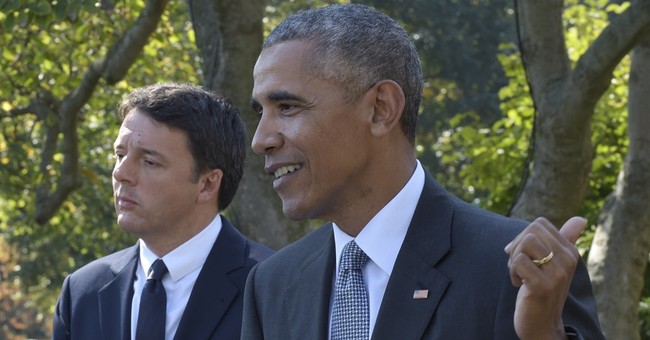 It's hard to believe, but Donald Trump's outburst over the weekend may have hit a new bottom in American electioneering, and he's sinking faster and faster into this swirling gutter of his own making.

It's not easy keeping up with what appears to be his bottomless well of invective, but here's a sample of the latest dispatch from Trumpland if you can bear to hear it. In it, he smears not just his Democratic opponent, Hillary Clinton, but the country's whole electoral process from the role of the press to what used to be mutually respectful debate:

"The election is being rigged by corrupt media pushing completely false allegations and outright lies in effort to elect her president." As for all those women who have stepped forward with stories about his groping them, The Donald claims those revelations are "100 percent fabricated and made-up charges, pushed strongly by the media and the Clinton Campaign," which "may poison the minds of the America Voter, FIX!" It's as if the poisoner had binged on his own poison. Mr. Trump's propaganda is as dubious as his syntax, punctuation, grammar and just about everything else in his delirious communiquÃ©s.

Quick, stop this man before he tweets more, each time destroying more and more his credibility, which was none too good to begin with. Let's just say Lincoln-Douglas this campaign isn't, or even Dewey vs. FDR, both of whom look like giants compared to this year's paltry choices for president. Hillary Clinton, he now claims, "should have been prosecuted and should be in jail. Instead she is running for president in what looks like a rigged election." While he seems to be doing his worst to rig it.

Naturally enough, the lower The Donald sinks, the higher his opponent rises in the public's regard till, at this point, the presidential election of 2016 is shaping up as the biggest and headiest Democratic landslide since 1936, in which the Republicans weren't just defeated but just about wiped out.

The Donald's self-induced delirium rambles on like the druggie he claims his opponent to be. It's not that his arguments get personal; they seem nothing but personal. There's not a real thought in a carload. "Athletes, they make them take a drug test," he says. "I think we should take a drug test prior to the debate. ... I don't know what's going on with her. But at the beginning of our last debate, she was all pumped up at the beginning, but at the end she was like, 'Oh, take me down.' And she could barely even reach her car."

At last count, nine women have accused The Donald of groping them at some point in his misadventures. Here's one presidential election turned nightmare it would be a relief to just sleep through. But there seems no chance of that with The Donald on a rampage that will doubtless last, and even mount, till Election Day, may it come blessedly soon. His whole campaign should come with a warning label: For Adults Only -- lest the children see. There was once a method to political madness when it was practiced by demagogues like George Wallace, but Donald Trump's crazy approach to politics may call not so much for political analysis as psychoanalysis.

Meanwhile, good people go about their business in this country earning a living and raising families and carrying on as sane, rational people do. If they're accused of not paying sufficient attention to politics, who can blame them with someone like Donald Trump still at large? Our recommendation: Rise above him. Which, Lord knows, is easy enough to do.