Paul Greenberg
|
Posted: Sep 08, 2016 12:01 AM
Share   Tweet
The opinions expressed by columnists are their own and do not necessarily represent the views of Townhall.com. 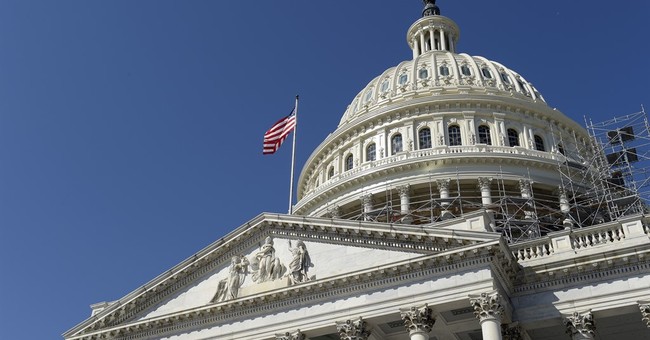 Staff Sgt. Mike Smith of Little Rock, Ark., died last week. He was given a funeral Friday with full military honors, with donations urged in place of the usual flowers.

By the end of his military career, Sgt. Smith's official decorations would include four Bronze Stars and the Purple Heart after three harrowing tours of duty in Vietnam from 1966 to 1970. Whereupon he returned to his home state to enroll in the University of Arkansas at Fayetteville, where he joined a fraternity and partied with his friends at the Swinging Door and met the love of his life, Robin Ratley Smith. And, oh yes, studied accounting -- which left him well equipped to become a successful CPA and co-owner of Miss Selma's School in 1987.

Sgt. Smith would be survived not only by his large and flourishing family, but also by a grateful community, state and nation. For each time the country was assured that his war was over, the next news bulletin would demonstrate that it had only begun again. Sound familiar? Or as the French say, the more things change, the more they remain the same. And the same old same old is back in full replay. Like an old wax recording back in style once again. It may be a period piece but the period is inescapably our own again. And so 'round and 'round it goes, and where it stops, everybody knows. Or should by now.

There is still no escaping war in this world. There will always be those who claim the United States can do just that, but they regularly prove not only wrong but dangerously wrong. Our current president and commander-in-chief of its armed forces sounds eerily like Lyndon Johnson urging that one more supreme effort will do the trick, but it never does. Whether the enemy of the moment is the Vietcong or the at least equally bloodthirsty Islamic State, this whole game of self-delusion tends to prove but a prelude to war's resumption. Nobody is fooled except the poor president, who fools only himself. It's hard to believe that even those in his own inner circle can believe the various stories they're obliged to tell the rest of us. There are no winners in this game, only losers and those destined to be.

No, the United States of America does not go prowling around the world in search of monsters to destroy, as John Quincy Adams assured the country in another century, but what if a monster comes searching for us? That's when a terrible price must be paid by the Sgt. Smiths and all the rest of us, and not just in this country, who seek shelter under the American nuclear umbrella. The land of the free, it turns out, must also be the home of the brave if it is to vanquish its enemies and yet stay the United States of America.

Our current leader would even dismantle this country's nuclear umbrella as part of his campaign to remake America's armed forces in his own peace-loving and even peace-imagining image. But if just declaring that a war is over would make it so, then why demand such self-sacrifice of this country's soldiers and their families? It is a high price the gullible are expected to pay for all of us.

Just saying so scarcely makes it so, no more than declaring a new and ever higher minimum wage throughout the country will lead to enduring prosperity. Inflated hopes, like an inflated currency, have a way of going off in the dreamers' faces. With a bang.

Every time a Sgt. Smith is buried, the difference between him and his family and the rest of us becomes more pronounced. For if this be reason, what would madness be? Trying the same policy again and again and imagining the results will prove any different this time is not so much reason as madness. There's a difference, or at least used to be.

Where does the country get such men? Why, from the same place it got Sgt. Smith -- from Arkansas and other states like it throughout this still enduring Union, which has seen more than one dream explode in its face. From the State of Maine to the empire that is California, from dawn's early light to sunset's last ray, men -- and women -- have rallied to their country's cause. And may it ever be so.

Americans have seen any number of other panaceas turn out to be delusions soon enough. For there is no real progress without real sacrifice. That is, without real blood, tears, toil and sweat. And all too real casualties. Including this belated one in Arkansas, which has had more than its share of get-rich-quick schemes backfire and become stay-poor-forever rackets. Rest in peace, Sergeant. At last.