Paul Greenberg
|
Posted: Apr 27, 2016 12:01 AM
Share   Tweet
The opinions expressed by columnists are their own and do not necessarily represent the views of Townhall.com. 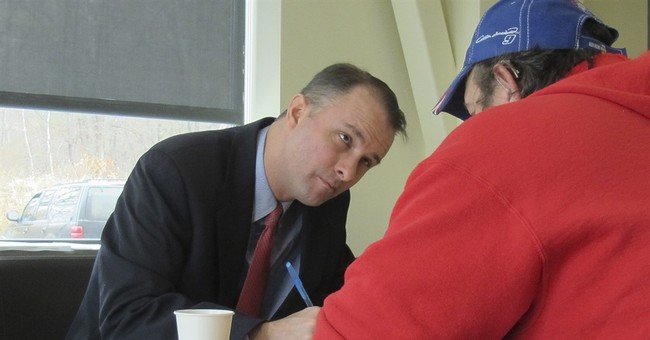 In 1963 the late great Patrick J. Owens, my predecessor as editorial page editor of the old Pine Bluff Commercial, was sure to get a Pulitzer. He'd been told so confidentially. By someone who knew. He couldn't miss. He was a cinch. The champagne was chilled and ready to serve.

When it didn't turn out that way, he wasn't just disappointed and resentful but fighting mad. At anybody who was a success. Especially a capital-A Success like Willie Morris that year. It's a terrible thing to watch professional jealousy in full-throated operation. To this day I can conjure up a picture of Pat when he spotted Willie across a room, and telling our friend and colleague Tom Parsons: "You hold him, Tom, while I beat the hell out of him," or words to that ferocious effect.

Lest we forget, once upon a time there was an actual, different and diffident young man named Willie Morris who fully deserved all the fame and fortune heaped on him that one fabulous year. How all of us young up-and-comers would gladly have traded places with him before we became down-and-outers ourselves. O, to be Willie Morris that fabulous year.

Just in time, a slim new volume (159 pages) written by Teresa Nicholas -- "Willie: The Life of Willie Morris" -- details his fabulous years as editor of Harper's, and it's still worth detailing. If only as a cautionary tale. For there hasn't been a more meteoric rise or flaming fall in American journalism since.

Just take a look at a photograph of a young Willie Morris -- with his tie undone the way a real editor's should be, his unfashionable short-sleeved shirt ironed and spotless, his ever-present cigarette in hand, his hair neatly cut -- and it'll make you weep. Or should.

Those were the days, my friend, we thought they'd never end. Willie was fresh out of both the University of Texas and Ole Miss, a Rhodes scholar, and the toast of Manhattan and the rest of the known literary world. He would go on to become one of the great American editors of his or any other time. He'd already written a memoir ("North Toward Home") that had convulsed every homesick Southerner exiled to New York or, for that matter, anywhere else in the Southern diaspora. I can remember laughing uproariously as I read it in my cubicle at the Chicago Daily News while all around came nothing but a mystified silence. "What's all the fuss about?" I heard one of my fellow editorial writers ask. "Oh, it's a Southern thing," came the answer. And it most certainly was.

Over the next four years, Willie would join the pantheon of writers like those he got to contribute to his no longer little magazine. Writers like Walker Percy, William Styron, Langston Hughes, John Updike ... Norman Mailer's strange 90,000-word account of an anti-war march on Washington ("Armies of the Night") would take up a hundred pages of the March 1968 issue. Gay Talese's running history of the New York Times ("The Kingdom and the Power") a la John Dos Passos was so long it had to run in two parts, but it broke all sales records. But the suits were still less than pleased. "Who are you editing the magazine for," they wanted to know, "a bunch of hippies?" Or as Willie would sum up their clash years later, "It all boiled down to the money men and the literary men and as always the money men win."

As for Willie, he would soon enough find himself divorced, devastated and doomed to die at a much too early 64. A former immortal, he and his ever-present bottle would wind up in a seedy beach town on Long Island, stashing his phone in the fridge or oven. He'd gone from having the best table at Elaine's to frequenting one of Bobby Van's joints. Toward the end he was reduced to writing for other magazines and trying his hand at young-adult fiction, explaining to his creative writing classes that he used to be Willie Morris.

It was a sad but still affecting saga. Much like the South's itself. Soon enough Willie Morris would join the great pantheon of writers he had so admired, along with Richard Wright, Tennessee Williams and Faulkner. And would lie in state in Mississippi's Capitol as the official period of mourning began. Ah, but that time of his at Harper's still shines bright.