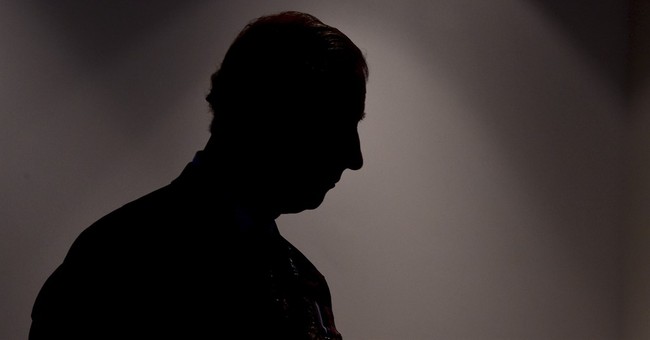 When it comes to changing a state, which is only a political union, into a people, there is nothing like defeat. Not just losing a great war or enduring a great depression, but a definitive defeat that changes everything from then on, and spells The End of everything that has come before.

For Southerners, that single Event was The War (1861-65). Accepting the National Book Award for "The Moviegoer," which was published in 1962, a century after The War was fought, Walker Percy was asked why the Southern view of history was so different from that of the rest of the country. He had a simple explanation: "We lost."

For a generation of Arabs, the pivotal Event occurred in 1967. That was the year a small, beleaguered Israel struck back at the Arab armies Gamal Abdel Nasser had amassed from the Sinai desert to the Golan Heights, first to encircle the Jewish state and then wipe it off the map. And defeated all of them, one by one, within six days.

Talk about a shock. Arab intellectuals reacted by going off in all directions, some taking refuge in unconvincing excuses, others by joining radical movements. But one of them, Fouad Ajami, was different. For he realized that here was not just another defeat but a defining one.

To quote Samuel Tadros' tribute to Ajami in the current Hoover Digest: "For Ajami, 1967 was not just a setback, nor was it a military defeat; it was an embodiment of something rotten and fundamentally wrong, deeply rooted in Arab culture and society. Ajami was brave enough to bring this 'thing' out to the open. It was like revealing a 'family secret' kept in the dark for so long. No wonder that the 'family' rejected him as an outcast."

Ajami refused to take refuge in the kind of bitterness that tempted the soldier in Stonewall Jackson's famous foot cavalry. The general had found the old boy straggling along in the rear and asked if he was all right. All the old soldier would say was, "Oh, I'm all right, Gen'l -- but I'll be damned if I ever love another country!"

To Ajami, the only hope of salvation lay not in a bottomless resentment or adopting some equal but opposite ideology to replace the old triumphalism of Arab propaganda, which had talked about throwing the Jews into the sea. Instead, Fouad Ajami resolved to accept what had happened to all those empty dreams of conquest and extermination. He chose to just go on and live an ordinary, measured life -- the life of a reasonable man and responsible citizen. It may have been the poet C.P. Cavafy who best expressed the simple, stoic spirit of Ajami's realism:

Honor to those who in the life they lead
define and guard a Thermopylae.
Never betraying what is right,
consistent and just in all they do
but showing pity also,
and compassion;
generous when they are rich,
and when they are poor,
still generous in small ways,
still helping as much as they can;
always speaking the truth,
yet without hating those who lie.
And even more honor is due to them
when they foresee as many do foresee)
that in the end Ephialtis will make his appearance,
that the Medes will break through after all.

What was the secret of Ajami's acceptance of reality and his determination to go on in quiet honor and simple decency? In a word, it was forgiveness. It liberated him from bitterness, and the vulgarity of propaganda. For his goal was peace -- not just an outward peace but an inner one.

Ajami's ceaseless critic was the insufferable Edward Said, fabricator par excellence. Samuel Tadros included this memory of Ajami in his article for the Hoover Digest:

"During a visit to New York, as Fouad was walking me through his neighborhood in Manhattan, he pointed out where Said had lived. 'We saw each other in Said's last days on the street but never talked,' he told me. Pausing, his voice changed. He continued, 'I wish we had made peace before he died.' It was a remarkable moment. Said, by far Fouad's intellectual inferior, had spent years cursing Fouad, accusing him of every sin -- and yet, while pained by those attacks, and while rightly dismissive of Said's pseudo-scholarship, Fouad rose above it."

All honor to the memory of Fouad Ajami -- and his saving example.