The Death of Candor 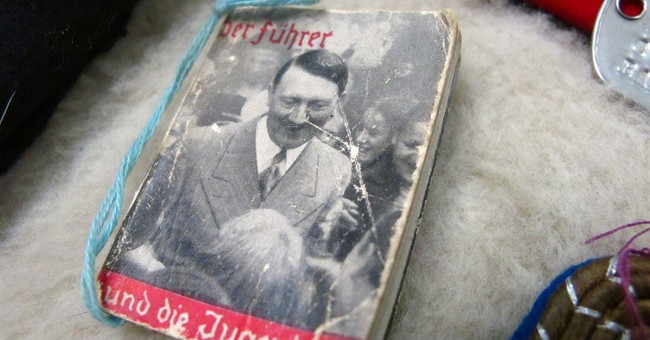 In one sense it makes little difference what genocide is called. Genocide by any other name would be just as terrible, for it refers to the extermination of an entire people.

When some of us insist on calling it genocide, aren't we just playing word games, engaging in a purely semantic debate? The term is a relatively new one, created only in the past century. And it reflects the mentality of the 20th century, surely the bloodiest in history -- a century that saw the introduction of new ways to commit mass murder on an advanced, technologically efficient scale unknown before.

In another sense, calling things by their right name is the beginning of wisdom, for anything less blurs the meaning of the words we use to shape our thoughts, softening their hard edges and reducing them to polite approximations. Which is why we need to call genocide genocide instead of, say, "mass atrocities."

Calling genocide by its right name also lays the foundation for prosecuting those who commit it, for genocide has been recognized as an international crime since about the time of the Nuremberg war trials, as a generation of Nazi war criminals discovered. A new Germany, much to its credit, had set out to resurrect the best of the old, and confront its past openly and honestly.

Calling genocide genocide has become a sign of moral leadership in a world whose standards seem to have grown more confused since Nazi Germany, Imperial Japan and fascist Italy lay in ruins at the end of the Second World War.

Yes, the presence of the Soviets as judges at Nuremberg -- after they had joined the Nazis in initiating the war by dividing Poland between them -- did add an undeniable irony to those proceedings as a victor's justice was meted out to the losers.

Still, to call things by their right names is the beginning of wisdom. To call genocide genocide is a sign that the world has not completely lost its moral bearings even now. The use of the word stands out like a signpost amidst a confused moral landscape.

So when a prominent world leader minces no words about what happened to millions of Armenians in the early 20th century -- they were slaughtered, exiled, raped, sent to concentration camps and generally treated as surplus population to be eliminated -- his candor should be recognized and praised.

When that same leader refers to what happened to the Armenians a hundred years ago as the first modern genocide, he is only acknowledging historical reality. And when he avoids diplomatic euphemisms to describe what happened to the Armenians, he is recognizing that there is still good and evil in the world. And refusing to appease the kind of Holocaust deniers whose response to evil is to pretend it never happened.

Consider a couple of recent statements in the news. One showed moral leadership while the other dodged it. Pope Francis had no hesitation using the word genocide openly and unapologetically in referring to the Armenian massacres of 1915, as is his way. But the president of the new, ever more Islamist regime in Turkey, Recep Tayyip Erdogan, responded to the pope's statement with threats, which is his way. "I condemn the pope," he declared, "and would like to warn him not to make similar mistakes again."

How far -- down -- Turkey has come from the days when that country's great modernizer, Kemal Ataturk, brought Turkey into the modern, secular world. Ataturk did not hesitate to denounce the persecution of the Armenians and other minorities in the Ottoman Empire that had preceded his revolution. What a contrast his historic revolution provides with the thugs now in charge of the not-so-new Turkey, which is fast slipping back into its Ottoman past.

Then there is our own president, who went to great lengths to avoid using the word genocide when he observed the 100th anniversary of the Armenian genocide. He's willing to call it "one of the worst atrocities of the 20th century," he speaks of Armenians being "massacred" and "marched to their death," but he draws the line at the forbidden word. He won't call genocide genocide lest he come too close to telling the simple truth. And offend Turkey's new, thuggish regime. Diplomatic niceties come first, the truth later, if ever.

Once upon a time there was an American diplomat -- Henry Morgenthau Sr. -- who honored his profession by speaking truth to power. Stationed in Istanbul in 1915, he witnessed the horrors being visited on the country's helpless Armenians, and fired off a cablegram to Washington and the world:

"Deportation of and excesses against peaceful Armenians is increasing and from harrowing reports of eye witnesses it appears that a campaign of race extermination is in progress. ... Protests as well as threats are unavailing. ... Suggest you inform belligerent nations and mission boards of this."

The word was out, and the world responded with disgust and outrage. Henry Morgenthau served in the proud tradition of American diplomats who have spoken out against oppression and persecution around the world. But when a recent American ambassador to Armenia, John Evans, used the forbidden word and spoke of the Armenian genocide, he was promptly fired.

Upholding the family tradition, Robert Morgenthau, Henry's grandson and a former district attorney of Manhattan, has just spoken out against our president's equivocations on this issue. "Moral leadership," he reminded us, "is impossible when crimes against humanity are met with euphemisms."

What difference does a single word make? A lot. Because those who refuse to confront the past openly and honestly risk repeating it. When a German leader named Hitler assumed power in 1933 and set out to exterminate another people, he did so confident that no one would object. As he put it, "Who, after all, speaks today of the annihilation the Armenians?" Which may be the best reason we all should.