A Fading Eloquence: The State of American Rhetoric 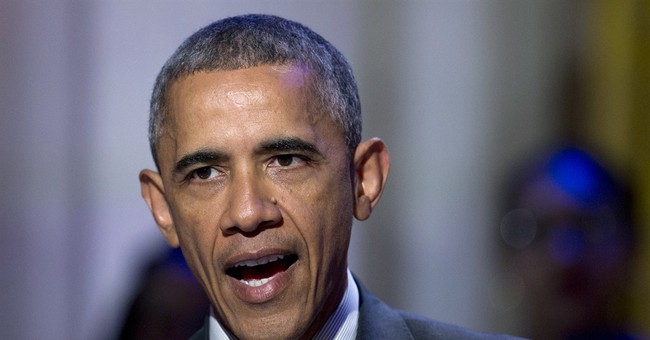 Once upon a quite different time, Americans debated politics; we didn't just trade videos of politicians making gaffes on the campaign trail. As when Barack Obama tells those who built their own businesses, "You didn't build that." Or the hapless Mitt Romney described the 47 percent of Americans who were expected to vote for his opponent in the last presidential election as "takers." As he put it: "My job is not to worry about those people. I'll never convince them they should take personal responsibility and care for their lives."

What fun -- letting the political figures we love to hate embarrass themselves. It's so much easier than actually analyzing their more thoughtful political positions.

But there was a time when Americans listened to each other, wanted to know what the opposition had to say for itself, and paid close attention to its case. As when the voters of Illinois followed Lincoln and Douglas around the state in that fateful year 1858 to hear them debate the momentous issues of freedom and slavery -- week after week, courthouse square after courthouse square.

Or go back to 1830, when Webster and Hayne took to the floor of the U.S. Senate to debate the very meaning of the American union, and whether it could or should endure.

Try to imagine today's electorate, accustomed to television sound bites instead of thought, following such arcane constitutional arguments -- hour after hour. Unimaginable. Not in a country that seems to have come down with a nationwide attention-deficit disorder.

But as late as the middle of the last century, there were still speakers -- and thinkers -- who set out to talk sense to the American people. And did. My model in these matters would be Adlai Stevenson's remarkable campaign speeches of 1952. Americans didn't have to agree with Gov. Stevenson to be thrilled by his speeches; they raised the level of political discourse in this country. As when he described what it meant to be an American in his time -- or any other:

"It was always accounted a virtue in a man to love his country. With us it is now something more than a virtue. It is a necessity, a condition of survival. When an American says that he loves his country, he means not only that he loves the New England hills, the prairies glistening in the sun, the wide and rising plains, the great mountains and the sea. He means that he loves an inner air, an inner light in which freedom lives and in which a man can draw the breath of self-respect."

Has there ever been a better definition of the American spirit?

Nor has it been just those presidents who blazed new trails whose words comforted and sustained us. Think of Calvin Coolidge, a much derided president, whose puritanical counsel stood the nation in good stead as the Jazz Age dawned and the country needed a good strong dose of New England wisdom and self-discipline to maintain its contact with the old copybook maxims and reality itself.

Yes, there have been long, fallow seasons in our history when American rhetoric seemed to settle for mediocrity, repeating platitudes as if they were insights. We may be in one now. Ask anyone who has had to listen to a speech by Barack Obama or Hillary Clinton of late.

Nor do Republican orators like Rand Paul and Ted Cruz sound any better as they echo their listeners' partisan prejudices -- rather than challenge them to rise above the usual, conventional polspeak.

Yet when they were most needed, this country has brought forth leaders whose words soared, and lifted the country's spirits with them. Like a president who was sworn in at a time when the Great Depression was reaching its depths, and fear stalked the land. That's when Franklin Roosevelt stepped forward on his paralyzed legs to say:

"First of all, let me assert my firm belief that the only thing we have to fear is fear itself." And the clouds parted. Such is the power of the right message at the right time. Again and again, through war and peace, FDR would display the same indomitable spirit and put it into words all could understand.

Time and again, American rhetoric has revived the American spirit, and reminded us that ours is not just a country but the hope of the world. As when Daniel Webster summed up the essence of what the nation required as Americans were told we had to appease the slave states to stay one country. No, replied Webster -- "Liberty and Union, now and forever, one and inseparable!" And so it would be. Till this very day.

Americans have heard the words we needed to hear from our leaders at every critical juncture of our history. That's when a great leader would emerge to seize the day and our hearts. Like the incomparable Lincoln of the Gettysburg Address and the biblical cadences of his Second Inaugural:

"With malice toward none, with charity for all, with firmness in the right as God gives us to see the right, let us strive on to finish the work we are in, to bind up the nation's wounds, to care for him who shall have borne the battle and for his widow and his orphan, to do all which may achieve and cherish a just and lasting peace among ourselves and with all nations."

And the country became one again. As it will once this season of discontent, of partisan prejudices and small-minded passions, gives rise to the words we are all waiting for. They might even come from one of next year's just emerging presidential candidates. Stay tuned.