Death Comes to the Bishop 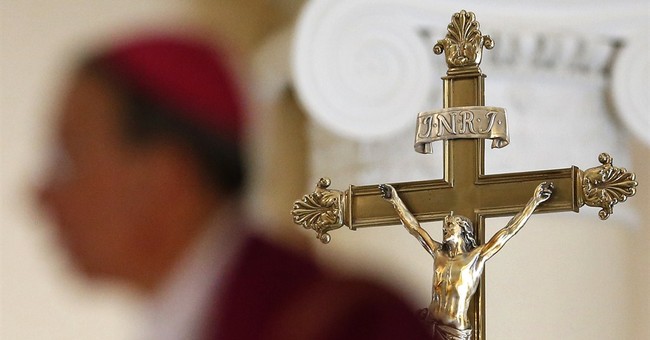 There are bishops and there are bishops. Indeed, the Diocese of Little Rock had four of them before a priest named Andrew McDonald came out of Savannah, Ga., to become the fifth, and Lord willing there will be many others to come after. Yet when people in these parts referred to the bishop, there was no doubt whom they meant. For the bishop would spend 28 years here in Arkansas, and many had known no other. Yes, there were bishops before the Very Rev. Andrew J. McDonald and there would be other bishops after him, but there was none like the bishop. He was singular.

Just why that should be is one of those mysteries faith is full of. Not even a close reading of his obituary offers just one explanation. Was it because he arrived in Little Rock as the church was remaking itself after the tumultuous 1960s? Or because, though he sought only to bear quiet Christian witness, he kept finding himself in the middle of the most controversial issues of his time? Which, of course, is what happens to pilgrims in this life. They don't seek out controversy; it seeks them out. It is the way of the world.

The bishop just wanted to witness for life, and wound up leading Little Rock's first annual March for Life, and led all of them as long as he was able. What started as an innovation, an experiment, became a kind of holy day of obligation for all those who would choose life whatever their religious denomination or none at all.

Everything the bishop touched seemed to turn into ritual -- or even an institution. He just wanted to stand up for the poor and homeless, for single mothers and their children, for the old in nursing homes, and for prisoners, for the least of these, as Christians and even bishops will, and before he was through Mother Teresa had come to bless the opening of Abba House here in Little Rock, which ministers to all such.

Even the bishop's all too extensive repertoire of corny jokes became a kind of ritual, like a familiar prayer you may not pay close attention to after a while, but that is still a comfort and assurance, always there. You know what to expect. It is one certainty you can count on in an uncertain world. And yet somehow different every time, which is what makes old rituals ever new.

The bishop was a pastor by nature, and not just of his own flock. He reached out to others. Which explains how he wound up promoting one of Billy Graham's crusades in Little Rock back in 1989. Some of us couldn't have a birthday or even a bar mitzvah in the family without being congratulated by the bishop, or just take a bike ride around the St. John's campus, a few blocks from where I live, and circling past the McDonald Center, without thinking of the man, and maybe feeling his watchful eye. Not to mention the flow of cards and letters and just good will from the man that never ceased.

How strange that in all the tributes paid to the bishop's memory last week, no one should have mentioned his charisma, his spellbinding oratory, his gladhander-for-God, razzle-dazzle Billy Sunday/Jimmy Swaggart magnetism. It's not strange at all, of course. Flash and dash and pizzazz and all that? The bishop didn't have an ounce of it, not a gram, not a hint. He was just a good and faithful servant. Just? How rare such a steward is in these perfectly-coiffed, mega-churched and Power Pointed times, and how prized such a Witness should be. In all times.

When the bishop did retire after all those years, it was to become chaplain at an old folks' home in suburban Palatine, Ill., one run by a little-known order of nuns called the Little Sisters of the Poor. At last the bishop would get to relax, catch a breath, and fade away among the Little Sisters in well-deserved obscurity.

But that is not the way of the world. Sure enough, the sisters didn't stay little-known for long. For the next landmark case in the never-ending struggle to preserve religious freedom in this country will probably be styled Little Sisters of the Poor v. Sebelius, which is due to be heard by the Supreme Court of the United States any time now.

It seems the Little Sisters refuse to have anything to do with abortion, sterilization or any of the other government-mandated programs that take innocent life. Even as a condition for their providing health insurance for their employees. As I said, you don't have to seek controversy in this world for it to find you; just stand by your principles. Which is all the bishop sought to do over the course of his 90 years.

Ah, life. It ain't over till it's over, and certainly the bishop's wasn't when he lay down the burdens of his office. There's no such thing as early retirement for Christian witness.

It is an old prayer said at the close of day, and you can still hear it when the church bells ring Compline: The Lord Almighty grant us a peaceful night and a perfect end. Which is just what was granted the bishop last week. Perfect.