How To Be An Emir 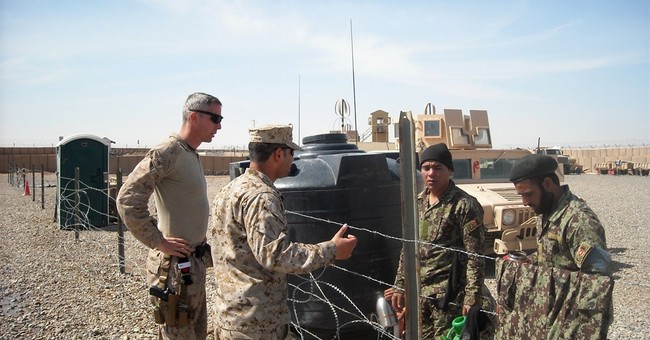 The year was 1898. He was a 23-year-old subaltern fresh out of Sandhurst serving the British raj on the Northwest Frontier of the Indian subcontinent. Always restless and eager for action, and bored playing polo back at base, he volunteered with the cavalry when the Pashtun tribes grew restive near the Hindu Kush, long a pressure point in the Great Game that empires had been playing in that part of the world going back to the Mongols and Alexander. A deadly serious game that goes on to this day.

The eager young officer of the Queen's Own Hussars was soon "mentioned in dispatches," and even wrote his own memoir of that campaign: The Story of the Malakand Field Force. It turned out to be a best-seller, full of high drama and swashbuckling adventure -- not to mention a lot of close calls that might have deprived the Empire of the figure who would one day take command at its most imperiled and, as it turned out, finest moment. His first book would turn out to be only a harbinger of the many best-sellers he would write in what would prove a long and varied career. His name was Winston Churchill.

That first book even included a bonus -- some free advice to the greybeards in Her Majesty's foreign service about how to conduct the Great Game in those distant parts now known as Afghanistan. The neophyte author offered his superiors three alternate courses they could choose to follow from in that part of the world.

The first course he summed up as that of "bad and nervous sailors" – skittishly trying to steer clear of any danger till they grow disgusted and abandon the whole enterprise altogether, creating even more havoc than they found.

Today we call this policy withdrawal, which seems to be the preferred "strategy" of our current commander-in-chief. Afghanistan grows shakier every day, its nominal government unable to contain the fanatical tribesmen out in the hinterlands distant from the capital, who are now called the Taliban.

In Iraq, where the American withdrawal has been completed, the question becomes not whether we will have to go back, but when. For the country is falling apart again, except for Iraqi Kurdistan, a.k.a “The Other Iraq.” Here's hoping we won't abandon the Kurds again, for a small, valiant people make the most dependable of allies for a great power.

The second alternative that Churchill examined, and also found wanting, has been tried in those distant parts. He called it “Full Steam Ahead” – a massive military intervention that would overwhelm the region and pacify it by sheer force, leaving it "as safe and civilized as Hyde Park." Good luck with that.

The first alternative course of action may only delay our return, not prevent it. It's likely that this second vision of how to achieve peace in our time in those exotic parts will fail, too, for it requires an open-ended expenditure of time, money, resources, and blood that not even a great power may long accept.

A massive show of fear-and-awe and a long campaign to go with it may look simple enough to a secretary of defense like Don Rumsfeld sitting in a nice air-conditioned office back in Washington and churning out pat slogans. ("Plans are nothing; planning is everything.") But that kind of "planning" has proved as far from reality as it is from the dust and dirt, ambushes and IEDs, corruption and byzantine intrigues of present-day Afghanistan.

Rudyard Kipling, who knew the Great Game when it was still young, could have summed up any number of imperial misadventures in that part of the world when he wrote, “And the end of the fight is a tombstone white with the name of the late deceased,/ And the epitaph drear: "A Fool lies here who tried to hustle the East."

Our form of government has its roots deep in our own past, going back to centuries of colonial rule. It cannot be easily duplicated, exported, or imposed on a people with an even longer history of their own that goes even deeper into a different past. Why would we expect them to desert their customary institutions and traditions, and -- just like that -- adopt ours? Talk about form without substance.

Nor do most of us know very much about how the successful empires of the past -- the Romans, the British, even the Ottomans -- played the Great Game. They make us look like the amateurs that we are. Not only are we unaware of much of that part of the world, we don't even know that we don't know much about it. And we've paid dearly for our ignorance and presumption.

Young Churchill did suggest a third and much more modest course in the borderlands of Afghanistan and Pakistan – "a system of gradual advance, of political intrigue among the tribes, of subsidies and small expeditions."

In short, a strategy that included the indispensable component of the Surge that David Petraeus, our most successful and innovative general in Iraq, did not overlook: alliances with a shifting array of the local tribes. Which is why opening our own negotiations with the Taliban is a hopeful sign, much as it has reduced Afganistan's nominal leader to sputtering in rage. He's free to choke on his rage; we have our own objectives to pursue, mainly to make certain that Afghanistan never again becomes a seedbed for the kind of terror we experienced September 11, 2001.

We may not be interested in the Middle East, but be assured that every hate-filled group there seeking a focus for its venom is interested in us.

We may yet learn to act like just another emir -- warlord, if you like -- who knows enough never to abandon his allies or leave his enemies to prosper. And nothing more. No grand millennial vision imposed on others from above, but no retreat into the mirage called isolationism, either. If we adopted that middle course, we'd be just another player in the Great Game with modest goals, but no compromising them. And our eyes would stay open.

Yes, conceded the young author of "The Story of the Malakand Field Force," such a third course between two opposite extremes might be "undignified," but it has the great advantage of demonstrating what so often has been lacking in our foreign policy: a constancy of purpose underlying a flexibility of means.

Even back then, at the turn of an earlier century, Winston Leonard Spencer-Churchill at age 23 had some things to teach the "experts."