The State of The Language 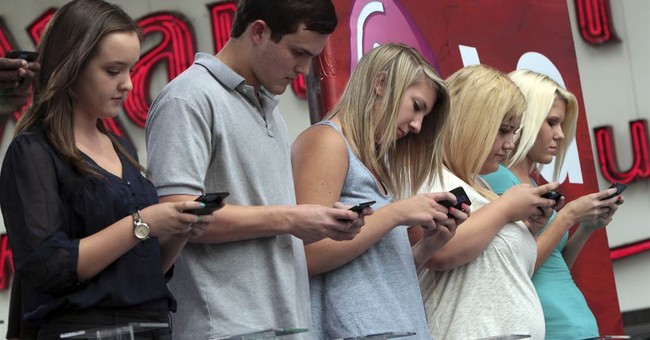 What ever happened to the once strong, vital, unique American language? It hasn't been seen in some time. Maybe because it's been completely covered by the thicket of "you knows" and "whatevers" and various other verbal tics. The way kudzu, given sufficient time and neglect, will completely hide a great oak.

H.L. Mencken, who wrote his authoritative three-volume study "The American Language" in between his provocative columns for the Baltimore Sun, would be hard put to recognize the once vibrant American vernacular.

In recent years, a tumorous mass of text-message techno-lingo has only added another layer to the overgrowth covering a once muscular, colorful, ever alive and adaptable language -- until you have to wonder if there's still a language somewhere underneath all of that mass trying to get out. Or has it simply rotted away?

To read some of the alleged prose that crosses an editor's desk is like trying to follow the "deliberations" of Congress when one of its more verbally challenged members is wrestling with what remains of the English language. (The language usually loses, two out of three times.)

A whole plague of talking points, PowerPoint presentations, and TED talks now seems to have replaced anything as simple, profound and moving as the spoken word. It's a step down. Way down. Someone once said there is nothing so fascinating as listening to an intelligent, well-educated man, or woman, just thinking aloud -- without props, audio-visual "aids," and other substitutes for real thought. Margaret Thatcher could do it in the House of Commons, Winston Churchill at the dinner table, Franklin D. Roosevelt on the radio, Ronald Reagan before the television cameras. But such speakers grow as rare as they were engaging.

Is all this mourning for American articulateness just the usual generational grousing about the younger set?

No, there's something more to it than that. If you seek evidence of the language's decline, just listen to some of the conversations around you in public places. Or turn on your television. Almost any comedy from the '30s -- see the Marx Brothers -- sounds so much more articulate than its clumsy counterpart in these verbally soggy (and often enough vulgar) times. Those old movies actually have dialogue rather than the simulacrum that passes for it today, when obscenities are used as a substitute for wit.

Dialect was once a rich source of American literature. Alas, it seems to have been snuffed out by a combination of (a) political correctness, and (b) an insistence on bland, homogenized, respectable -- that is, dead -- language. Maybe that's why there's no successor to Mark Twain or even S. J. Perelman in sight.

These days the successful political leader is told to avoid specifics and traffic in generalities, the vaguer the better. The object of political speech becomes a kind of glib opacity -- to make a speech, rather than say anything. The occasional premeditated sound bite may then be thrown in to give the consumer the illusion of solidity, the way gravel is be added to chicken feed.

Kathleen Hall Jamieson, that magisterial arbiter of American eloquence, has noted that "leadership often requires telling the citizenry truths it does not want to hear" and that "one test of the maturity of a people is a willingness to act on facts requiring sacrifice."

Such a definition of leadership might strike modern political operatives as suicidal. They know that the way to win an election is to muffle unpleasant truths and soften hard principles. Besides, clarity is hard work. It's so much easier to fuzz the message and so write around any inconvenient facts that may disrupt the smooth flow of currently fashionable patter. Just ask any American editorial writer. We're experts at it.

But don't give up on the American language and settle for the current murk. Have faith. Quality language, the real thing, is going to come back. Because there'll always be a demand for it, and the rarer quality becomes, the greater the demand for it will grow.