The Silence of The Lambs 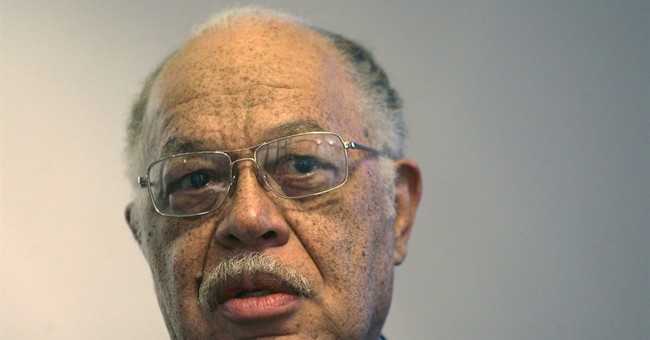 Kermit Gosnell. If you don't recognize the name, that's understandable. His trial in Philadelphia -- on multiple counts of murder -- has been covered extensively by the local papers. But beyond that, it's as though a news blackout had been declared on the major networks and newspapers of the mainstream denomination.

Some things must not be mentioned in those quarters, at least no more than in passing. One of them, it seems, is the grisly case of Dr. Gosnell, whose murder trial upsets too many myths about abortion, the one American institution the Progressive establishment never challenges.

The same goes for the Sandusky scandal at Penn State -- with its continuing repercussions up and down the academic chain of command there (the criminal trials are just beginning) and the cautionary tale it offers every university in the country.

The coverage of those "local" cases has been national and intense, and should be. But not the trial of Kermit Gosnell, M.D.

If we violate that taboo, we get kicked out of The Club. Not that some of us hopelessly unfashionable types ever wanted to join it. Which explains why we were bound to break the rule about commenting on the Gosnell case -- an informal rule, but all the more powerful for being informal. Much like any other social taboo.

Kermit Gosnell, M.D. and abortionist par excellence, has had a long, low and distinguished career -- distinguished principally by sadism, crackpot experimentation, and disrespect for human life. This time the little bodies piled up in such profusion they could not be ignored by the authorities.

Dr. Gosnell's has not been a solo practice. At one point in 1972, the year before the Supreme Court declared abortion-on-demand the law of the land, the doctor teamed up with one Harvey Karman, an unlicensed practitioner who had already served a couple of years in prison out in California for performing then illegal abortions.

The team of Karman and Gosnell bused 15 desperately poor women between four and six months' pregnant to Philadelphia on Mother's Day that year, where they were subjected to one of Mr. Karman's brilliant experiments: a "super coil" that was going to end their pregnancies and let them live happily ever after.

ound familiar? It's much the same promise today's abortion mills hold out to the poor and desperate, or just afraid. Nine of those 15 women in 1972 suffered serious complications; one required a hysterectomy. The whole bloody fiasco became known as the Mother's Day Massacre.

Harvey Karman had already tested his great invention on traumatized rape victims in Bangladesh, as if they hadn't suffered enough already. As it was described by one of Dr. Gosnell's collaborators, the coil was "basically plastic razors that were formed into a ball . . . They were coated into a gel, so that they would remain closed. These would be inserted into a woman's uterus. And after several hours of body temperature . . . the gel would melt and these . . . these things would spring open, supposedly cutting up the fetus."

It sounds less like a medical experiment than a medieval torture. Although the comparison may not be fair. To medieval torturers. As anyone who reads the description of Harvey Karman's brilliant innovation might have anticipated, his experiment in Bangladesh proved less than a success.

No one who has kept up with the blood-stained history of abortion will be surprised to learn that Harvey Karman had traveled to Bangladesh courtesy of the International Planned Parenthood Federation, which is now the largest provider of abortions in this country -- now perfectly legal abortions thanks to Roe v. Wade (1973).

Yes, that's the same Planned Parenthood whose meeting was just addressed by the president of the United States. He lauded its past efforts and pledged his full support for it in the years ahead under the banner of "reproductive rights," which can cover a multitude of sins.

The first myth the Gosnell case threatens to expose is the belief that Roe put an end to "back-alley" abortions, making them "safe, legal and rare." It might be more accurate to say they have simply been moved to store-front clinics like Kermit Gosnell's.

The second myth is that Dr. Gosnell is some kind of exception to the benevolent rule of ethical abortionists, to use an oxymoron. But the grand jury report in his case notes that "respectable" abortionists up and down the East Coast referred cases to Kermit Gosnell's clinic. Although they had to have been aware of what he was doing, else they would not have referred their most troubling cases to him, not wanting to do the dirtiest work themselves.

Kermit Gosnell, M.D., was less an exception to the general run of abortionists than a kind of niche operator, just accepting women further along in their pregnancies. His end purpose was the same as theirs -- to destroy innocent life. If means determine ends, then ends determine means, too. One cannot achieve barbaric ends without adopting barbaric means, whatever euphemisms may be employed to disguise them.

A general named Sherman, whose name is still anathema in these Southern latitudes, defended his war against innocent civilians by telling those who objected: "War is cruelty, and you cannot refine it...." The same applies to abortion on demand, however much you try to refine it.

The original sin was making abortion itself the law of the land; once that was done, the awful consequences of that decision followed logically, reasonably, coldly. And so did the callous acceptance of those consequences, not just by distinguished jurists but by nice, well-meaning, respectable people who even now shield their eyes from what they condone, and even hail it as great step forward for "reproductive freedom," meaning the freedom to kill.

After Roe, life itself, or rather death, became just another commodity subject to a free, if not rapacious, market in which operators like Kermit Gosnell found their niche.

Any who object to such homicidal practices, and any of us who would dare try to protect the most innocent and vulnerable of us by state law, are accused, in the inverted newspeak of our times in which good is evil and evil good, are accused of waging a "war on women."

Kermit Gosnell's great service to moral clarity is that he has ripped the mask of respectability off this whole legal doctrine, profitable industry, and topsy-turvy version of morality.