Leave Them to History 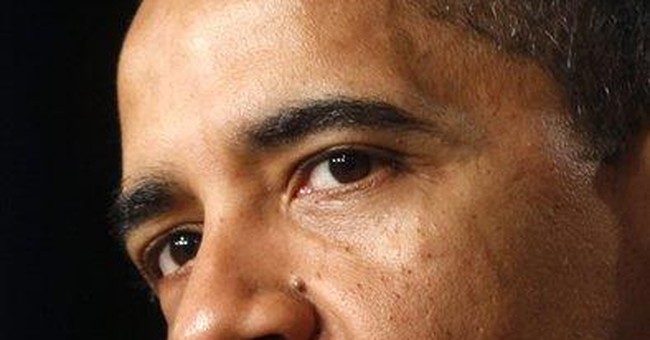 Barack Obama and his attorney general, Eric Holder, have decided not to start a purge of CIA agents who protected the nation's security during the War on Terror. Excuse me, that's not terror any more but Man Caused Disasters and/or Overseas Contingency Operations, to use the current, approved terms in this new era of Hope, Change, Audacity and Euphemism.

This was the week that our still new but rapidly learning president announced that "at a time of great challenges and disturbing disunity, nothing will be gained by spending our time and energy laying blame for the past." An obvious point, but one worth stating.

As the president explained: "The men and women of our intelligence community serve courageously on the front lines of a dangerous world. Their accomplishments are unsung and their names unknown, but because of their sacrifices, every single American is safer. We must protect their identities as vigilantly as they protect our security, and we must provide them with the confidence that they can do their jobs."

Just how making public our interrogation techniques, and informing the enemy just how far CIA agents may go and no further, will makes Americans safer escapes me, but it does make sense not to prosecute those assured they were doing their lawful duty.

The campaign is definitely over, and responsibility is setting in. Our new president and commander-in-chief is not about to declare war on the CIA.

Naturally those still in campaign mode on the left will be fuming at so sensible -- and responsible -- a statement from the president. The ACLU, the Keith Olbermanns and vindictives in general sound furious (as usual), but surely calmer heads will recognize the beginnings of wisdom, and restraint, in the president's words.

Those who work to protect us while we sleep deserve praise; instead, the angrier talking heads would hand them indictments. Mr. Obama may find himself the target of their ire for the next few news cycles before they get back to Bush-bashing.

The president and all the president's men have good, practical reasons for not pursuing this witch hunt any further. For if a president were to order up a raft of criminal indictments for our cloak-and-dagger types, he would do more than just demoralize the country's intelligence community. He would invite the next administration -- particularly if the pendulum of power swings back in the other direction, as pendulums are known to do -- to indict his own attorney general, intelligence chief, director of the CIA, or scapegoat of the day for doing their duty in the fight against terrorists.

And where would the cycle of vindictiveness end? The criminalization of the political process would just go on, just as purge follows purge in totalitarian societies.

No, better to end the recriminations here and now. Maybe with one more vague bow in the direction of those angry emotions the president appealed to when he was still waging his charismatic campaign. To quote another part of his statement: "We have been through a dark and painful chapter in our national history."

By dark and painful, do you think the president meant the past eight years during which our intelligence agencies prevented another disastrous act of terror on these shores? Or the harsh tactics that turned a defiant Khalid Sheikh Mohammed, mastermind of the 9/11 attacks, into the most talkative of prisoners, unveiling al-Qaida's plans, hopes and table of organization with considerable pride and enthusiasm?

No need to go into detail. A nice, palliative phrase like "a dark and painful chapter of our history" can mean whatever the listener wants it to. It is part of Barack Obama's promethean genius as a rhetorician that he can please all while saying nothing.

Yes, grave injustices were surely committed during the War on Terror, and more are in the offing as the war continues by another name. It happens in every war. But would those injustices be righted by turning criminal prosecutors loose against those who have been doing their duty? Imagine how they would have been pilloried if they had not prevented another major terrorist attack on American soil. Think of the finger pointing in the immediate aftermath of 9/11.

Both the CIA and the Defense Department have in-house investigations, even courts-martial, to look into abuses of the laws of war and the derelictions of secret agents. Let's leave it to those agencies to pursue any wrongdoing in this war on terror -- not start a witch hunt.

There are some offenses best addressed by courts of law and others that are better left to the higher court called History. It would be an act of presumption, another word for audacity, for a president to infringe on its jurisdiction. Clio, muse of history, tends to get the last word. And on some matters, like this one, should.