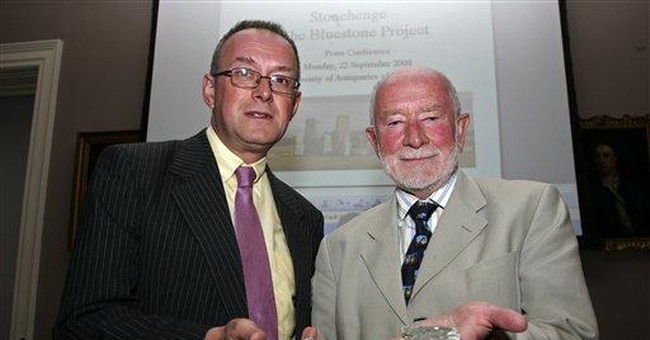 Every teaching assistant at a large state university has had the experience. At least I did as a TA in the University of Missouri's history department. Sometime during the semester you'd get a call from a junior assistant coach -- as new to the academic life as you were -- who just wanted to drop by and have a Coke.

How strange. I was mystified the first time it happened. What did he want, the pleasure of my company? Had he confused me with a football fan? Didn't he know that us intellectuals prefer baseball? Ah, the arrogance of youth. I kind of miss it.

After some puzzling small talk -- what do you think of this weather? where you from? -- my visitor got around to the point: He mentioned a student in a freshman survey course, a student whose name didn't register at once. Mainly because he just sat there without anything to say. His thoughts, if any, were clearly far away. Maybe on the football field?

It seems that said student had failed a quiz or two, not surprisingly, and he would make an awfully fine guard or tackle or whatever if only his grades were better and he stayed eligible, and could I see my way clear to ... well, even I could see where this was heading, and the conversation was closed.

The young coach had carried out his assignment, I'd done my duty, no hard feelings. That's the way it worked. Every system has its little accepted corruptions that accumulate like sludge on the gears. I don't know if that kind of visit still happens. It shouldn't.

There's been one big change since my days behind the lectern. It's no longer the coaches who appeal, wheedle, growl, grovel, or whatever it takes to raise a student's letter grade. It's the students themselves.

Naturally enough, a team of academics has written a paper about this sad trend. ("Self-Entitled College Students: Contributions of Personality, Parenting and Motivational Factors"). The syndrome now has a name (Academic Entitlement) and an abbreviation (AE) -- just like Attention Deficit/Hyperactivity Disorder (ADHD).

Doubtless there will soon be federal grants and endowed chairs to study AE and a drug to treat it. And sure enough, it'll turn out to be more widespread than anyone ever suspected.

The four scholars who did this Pioneering Study trace the origins of AE to parental pressure, material rewards for good grades, competitiveness, and "achievement anxiety and extrinsic motivation." They conclude that AE is "most strongly related to exploitive attitudes towards others and moderately related to an overall sense of entitlement and to narcissism."

At the risk of putting all that in plain English, these kids are spoiled brats with character problems. But how will they ever get over them if they're not allowed to fail -- and learn from their failures? If their mediocre performance is regularly rewarded with As and Bs, how will they learn the difference between excellent and run-of-the-mill?

The saddest aspect of these kids' condition is that they're unaware of it. They actually think they're pretty darned good, and deserve those good grades. More to be pitied than scorned, they may come out of school with no idea of what real accomplishment is, and the intrinsic satisfaction of doing something well.

They may never thrill at a formula elegantly devised, a mission truly accomplished, a sentence well written, a simple procedure done with care every time, an experiment perfected, a form that perfectly follows function....

Not for The Entitled the sense of awe that may be the first step toward God. If a teacher dropped one of these students off at the Metropolitan Museum of Art, he the might emerge a few hours later with only one question: Is this going to be on the test?

But why should they be any different from what they are? Raised in an age when self-esteem is all, they're told how great they are from K to 12 and may graduate without the faintest idea of what greatness is, or demands.

Consider this newly named syndrome another argument for universal military service. Call it Greenberg's Theorem: There's nothing wrong with these kids that six weeks of basic training at an Army base in some barren clime wouldn't cure -- if they didn't manage to have mama or papa get them out of it.

But if they stuck it out, they'd soon learn that it's results that count, not influence or manipulation. Or even effort if it's misplaced, if it amounts to nothing more than the same mistakes endlessly, energetically repeated.

To quote a deluded young senior at the University of Maryland: "I think putting in a lot of effort should merit a high grade. What else really is there than the effort that you put in?"

Well, for starters there is talent, insight, intention, humility, tolerance, an openness to criticism and a determination to learn from it. There is an appreciation for what is noble and contempt for what is base. And the love of knowledge for its own sake, not for the rewards it might bring, and . . . well, you get the point. Unless, of course, you think you're entitled.