The Word from Huey Long

Paul Greenberg  |  Mar 05, 2008
The opinions expressed by columnists are their own and do not necessarily represent the views of Townhall.com.
Top Columns
Trending on Townhall Media 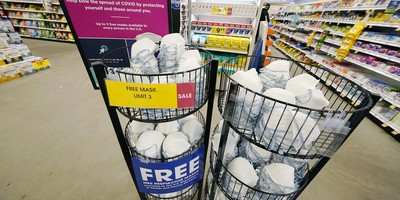 What's the essential difference between the two remaining candidates battling it out for the Democratic presidential nomination?

Never heard of those two commodities?

Let the late great Huey Pierce Long Jr. of Louisiana, a state whose principal crops long have included cotton, rice and buncombe, explain. Back in his heyday, namely the 1930s, he would tell the story about a traveling salesman who offered two varieties of patent medicine:

One bottle was labeled High Popalorum, which the salesman would explain was taken from the bark of a tree from the top down.

The other was called Low Popahirum, which came from the bark of a tree from the bottom up.

"The only difference I've found in Congress between the Republican and Democratic leadership is that one of them is skinning us from the toes up and the other from the ears down."

His was a common enough thought but nary so well expressed. It would apply just as well now to the supposedly crucial policy differences between Hillary Clinton and Barack Obama on everything from taxes to health insurance to NAFTA. (That's the North American Free Trade Agreement and scapegoat, which both were for before both were against.)

Conclusion: The more things change, the more they remain the dadblamed same - even if our present day politicians lack Huey Long's ability to sum things up in a single colorful phrase.

More high popalorum and low popahirum is sure to come.

Why then are so many of my fellow opinionators, like so many American voters in general, taken with Barack Obama? I must confess I myself am not immune to his charm. It's his rhetorical prowess that mesmerizes, and the rarity of it in contemporary politics.

Every four years, as is customary, we the punditry lament the decline and imminent fall of political eloquence in this country. It's always good for at least one mournful column, in which an elegiac reference to the Lincoln-Douglas debates is almost mandatory.

But this year, just as we were performing the last rites over American political eloquence, the funeral was interrupted by the meteoric rise of Mister Cool, who continues to hold us - and a good part of the nation - in his rhetorical thrall.

The question now is how long this intoxicating spell will last, and will the hangover set in before or after the general election. In the meantime, the Cult of Obama rocks and rolls on.

The set pieces that Barack Obama delivers before his fan base are impressive enough; their likes may not have been seen on this continent since the Beatles came, saw and conquered.

And yet Senator Obama is even more impressive in informal settings - like a town hall meeting or impromptu debate. His conversational approach on those occasions bears no resemblance to the spread-eagle style that used to so excite American audiences before it became something to parody.

This is no William Jennings Bryan reciting his Cross of Gold speech with dramatic gestures. It's more like a reincarnation of John F. Kennedy's restrained elegance. Barack Obama doesn't bombard his listeners with flamboyant oratory. Instead, he wins us over with a practiced ease that doesn't seem practiced at all.

To borrow another metaphor from Huey Long, aka The Kingfish, this new political star is not a hoot owl but a scrootch owl. What's the difference? Here's how he explained it: "A hoot owl bangs into the nest and knocks the hen clean off and catches her while she's falling. But a scrootch owl slips into the roost and talks softly to her. And the hen just falls in love with him, and the first thing you know, there ain't no hen!"

Hillary Clinton is definitely a hoot owl. Charm has never been her strong suit. She's been a brass-knuckles fighter for as long as I've watched her in hard-hitting action.

In contrast, Barack Obama is a scrootch owl, sidling up to his audience in the most agreeable fashion before co-opting it.

Miss Hillary bashes us into acquiescence, or at least tries to. Naturally we resist. Nobody likes being argued into submission.

In contrast, Mister Cool makes agreeing with him seem only reasonable.

Ever notice how he begins so many responses to challenging questions? First he agrees with his questioner's position, perhaps restating it better. Then he gradually moves on in that soft-spoken way of his to supply his own, quite different conclusion so subtly he's won you over.

Barack Obama charms his prey before delivering the coup de grace. And the first thing you know, there ain't no opposition left.

In his own concise, memorable way, Huey Long explained the theory behind the scrootch owl's modus operandi long ago. Barack Obama has just put it into practice.