The Personal is the Political 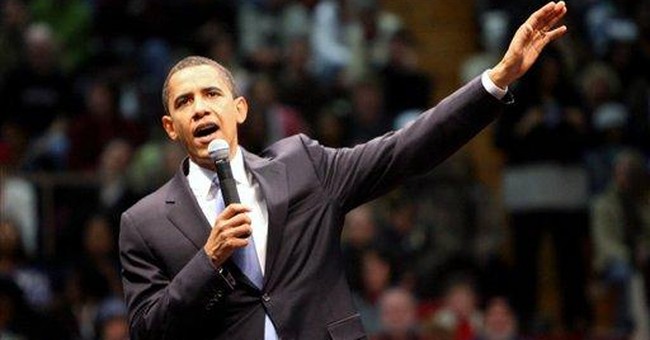 Politics is a grand show, and this presidential campaign is shaping up as one of the grander. How the mighty have fallen, how those who were first have become last. The inevitable winners according to the polls and pundits turn out to be all too evitable once the vote is in.

If a political campaign has its ironic moments, and it does, it can also have its inspiring ones. There are few things like politics - marriage and children come to mind - when it comes to testing personal character. You get to know the characters in this play not just as politicians making speeches, but as persons making choices.

Mitt Romney, for example. You have to feel sorry for poor, though not in dollars, Mr. Romney. On paper he was the perfect candidate - successful businessman, governor, and savior of the Olympics. An attractive, not to say every-hair-in-place candidate, he looked like a president. And he ran a textbook campaign.

But that's just what was wrong. There was something suspicious about his abrupt shift from left to right, from moderate Eastern Republican to the mirror image of the heartland GOP just in time to appeal to the voters he needed to appeal to in Republican primaries.

It was all too convenient, and, to judge by the outcome in those primaries, the voters didn't buy it. He came across as less a presidential candidate than a computer-generated image of one. He was too perfect a candidate.

Mitt Romney's big problem: He seemed to be reciting lines rather than making contact with the voters. He failed to connect. He could have learned a useful lesson from Mike Huckabee. Not just a politician but a preacher, the Reverend Huckabee knows that the effective speaker doesn't address an audience, no matter how big it may be, but each individual in that audience. He talks to people, not voting blocs.

In addition to his sense of humor, Brother Huckabee has another great attraction. It is the attraction of live radio or television, of a DJ who's just winging it. You can't assume he'll follow the same script every time - or any script at all. It's enough to impart a certain excitement and create an air of suspense when he appears on a stage, or just works a diner.

The Huck walks the tightrope of a presidential campaign without a net, trusting to his instincts. He's a performer, always has been. Mitt Romney was more like a CEO addressing an annual shareholders' meeting - and speaking from a prepared text.

Here's the good news: Every campaign seems to have somebody cast in a supporting role who proceeds to steal the show. Not through glitz and glamour, but the lack of same. In the spotlight's glow, it's not easy to hold on to that equivocal thing called the self. When you see it done, it brings the whole show back to earth.

I'm talking, of course, about Michelle Obama, another proof that American men, even the most ballyhooed of presidential candidates like Barack Obama, tend to marry above themselves. Sen. Obama clearly did. Consider:

When her hot-shot husband became an Illinois state senator and started spending much of his time in Springfield, Mrs. Obama told him off: "I never thought I'd have to raise a family alone."

She sounded like any other wife, mother and real person who has to hold down a responsible job, look after the kids, and educate the male of the species, too. Mrs. Obama told her husband last fall that it was "now or never" for his presidential hopes because she wasn't about to put their two little girls, 6 and 9, "through this again."

Asked what her platform as potential First Lady would be, Mrs. Obama told the questioner: "To make sure my kids have their heads on straight." First things first. None of this co-president business.

A product of Chicago's all-too-real South Side (Go White Sox!), she's never lost touch with reality, despite her degrees from Princeton and Harvard Law. She seems to have her head on straight herself. Imagine: There are still sensible adults out there - even in politics.