Paul Driessen
|
Posted: Apr 18, 2020 12:00 AM
Share   Tweet
The opinions expressed by columnists are their own and do not necessarily represent the views of Townhall.com. 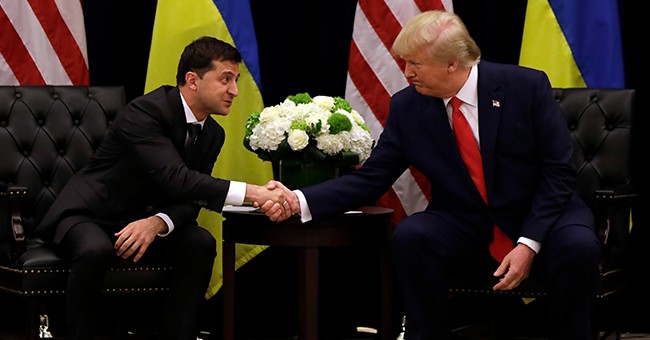 The UN Food and Agriculture Organization, anti-development banks, the Agency for International Development (USAID), NGO (non-government organization) pressure groups and other eco-imperialists are properly condemned for using their money, power, and control over trade and lending to keep millions of African, Asian and Latin American families from having access to reliable, affordable energy, pesticides and spatial insect repellants to prevent disease, and modern agricultural technologies.

Too many US, EU and UN government agencies have been captured by neo-colonialist elements in their leadership and ranks, and among the politicians who set their budgets and programs. The NGOs enjoy tax-exempt status and global prestige, because the human and environmental costs of their policies rarely receive more than superficial scrutiny by media, human rights or other “watchdogs.”

But the fact is, few NGOs would even exist without the wealthy foundations that finance them. Indeed, “philanthropic” foundation support for radical environmentalist groups and campaigns is one of the best kept secrets of modern society. It’s time to spotlight some of them and call them to account.

Wealthy foundations – often created with profits and fortunes made in industry and technology – directly and indirectly support some of the most radical anti-energy, anti-technology and agro-ecology activism in America, Europe and the world. Their wealth, direct and indirect aid mechanisms, and inter-locking global network of funders, managers and advisors make them a powerful, callous, oppressive force.

They use direct donations and a growing number of clever non-transparent pass-through operations (funds of funds, or foundations of foundations) to consolidate money from multiple donors and direct “charitable giving” to organizations and projects that support their ideologies and causes. The system also helps insulate the foundations – and their patrons and managers – from direct association with the most questionable, controversial, and often thuggish and lethal organizations and activists.

The funding, in turn, enables the organizations and activists to paint themselves as legitimate, benevolent and popular voices worthy of attention in global and domestic debates over laws, policies and regulations.

They have become especially effective in blocking the use of modern, innovative farm technologies like improved pesticides, GM crops (genetically modified, engineered through biotechnology) – and even fertilizers, tractors and hybrid seeds – under the auspices of what they cleverly call “agro-ecology.”

A big part of the problem is that the World Bank, EU agencies and Euro foundations demand and support primitive subsistence farming, and block food imports from countries that permit biotech farming. The World Bank’s Global Environment Facility and various European donors support groups like theRoute to Food Initiative,Kenya Organic Agriculture Network, Biodiversity and Biosafety Association of Kenya, and Resources Oriented Development Initiatives of Kenya. In fact, virtually every African country is beset by their “benevolence,” as are India and other countries in Asia and Latin America.

All of them promote the supposed benefits of organic farming that bans the use of “dangerous, poisonous” manmade pesticides – but permits the use in “organic” farming of “natural” pesticides and other chemicals that are also toxic and dangerous to humans, wildlife, fish and beneficial insects. They stridently oppose all biotech crops – including life-saving Golden Rice– and have been pressuring Kenyan and other African governments to ban more than 200 pesticides that have been approved as safe in many other countries. Many of the groups even oppose mechanized equipment like tractors.

Among the EU funders are BioVision, the Danish Agency for International Development Cooperation, the Swedish International Development Cooperation Agency, the Swiss Agency for Development and Cooperation, and the Swedish Society for Nature Conservation. They even support newspapers likeBritain’sGuardian, which is often little more than another NGO that runs and supports anti-technology campaigns and seeks donations from readers and major funding from foundations in exchange for stories.

Self-proclaimed “philanthropic, charitable” US foundations are just as guilty. They probably provide far more significant than EU funding, but their secretive networks make that hard to ascertain. Foundation support for the agro-ecologyAlliance for Food Sovereignty in Africa helps illustrate how all this works.

AFSA is a pan-African alliance of organizations committed to “resisting” the “corporate industrialization” of African agriculture. It claims the use of modern agricultural technologies like pesticides for crop protection, chemical fertilizers, and genetically modified crops for drought and insect resistance and higher yields will result in “massive land grabs, destruction of indigenous biodiversity and ecosystems, displacement of indigenous peoples … and the destruction of their livelihoods and cultures.”

AFSA’s core members include activist pressure groups that espouse an even broader variety of anti-capitalist, anti-technology, radical environmentalist goals and philosophies. Among the more notable and notorious ones are The African Biodiversity Network, African Center for Biodiversity, GroundSwell International, Friends of the Earth (FOE), andLa Via Campensina Africa. These organizations work together to plan and support pro-organic, anti-biotech campaigns, and provide financial management and expertise in furtheringAFSA principles. Letting them retain tax-exempt status is a travesty.

Core member La Via Campensina Africa (The Peasant Way– Africa), for example, is a radical, proponent of anti-technology agro-ecology. It rejects modern farming technologies: crop protection pesticides and herbicides, fertilizers for nutrient-depleted soils, and even biotech replacements for bananas, cassava and other crops that have been all but destroyed by viruses and diseases. It also advocates an anti-free market program of peasant-centric subsistence agriculture that largely limits farmers to backbreaking organic agricultural farming methods, and selling to local markets.

Agro-ecology farmers are largely limited to those local markets, in part because they cannot raise enough crops for export to wider markets like Europe – while other produce is blocked because many EU nations ban the import of crops that are so much as tainted by glyphosate, neonicotinoids or biotech pollen.

The US-basedAgroEcology Fund(AEF) helped to launch and continues to support the AFSA. It acts as a pass-through fund of funds to hide sources, and helps to coordinate, direct and manage giving to outfits like AFSA. The AEF also partners with AFSA and other organizations such as theCenter for Food Safety(CFS), to battle “the industrial model” and promote organic farming.

The AgroEcology Fund directly gave theAlliance for Food Sovereignty in Africa in 2015 $200,000 and has given it some $500,000 overall (and possibly more via clandestine means). That may not sound like much, but such funds pay for 10-100 times more hourly wages and activism in Africa than they would in USA. In 2017, the AEF and AFSA worked together on a campaign to prevent biotech seed patent protections laws from being enforced in Africa.

The AEF was created by three wealthy American foundations, theChristensen Fund, theNew Fields Foundation, theSwift Foundation and a  donor who remains unknown. AEF programs and funding are overseen byNew Venture Fund, which was created to help “philanthropists” better direct funds to projects and programs in line with their neo-colonialist goals; the NVF is managed byArabella Advisors.

Equally perverse, rich countries have abundant food – traditional, modern and organic. Meanwhile, poor countries are saddled with barely enough food, no safety net for all those times when droughts or insects destroy crops, and diktats from ultra-wealthy foundations and pressure groups that tell farmers they should be happy to engage in dawn-to-dusk subsistence farming, ox-drawn plowing, stoop labor, banging on metal pans to drive the locust hordes away, and living on the verge of starvation.

Paul Driessen is senior policy analyst for the Committee For A Constructive Tomorrow (www.CFACT.org) and author of books and articles on energy, environment, climate and human rights issues. Part 2 of this article will address how these funds operate, and how they lock Africa in poverty and malnutrition.