Off to a Bumbling Start at Interior

Paul Driessen
|
Posted: Apr 08, 2017 12:01 AM
Share   Tweet
The opinions expressed by columnists are their own and do not necessarily represent the views of Townhall.com. 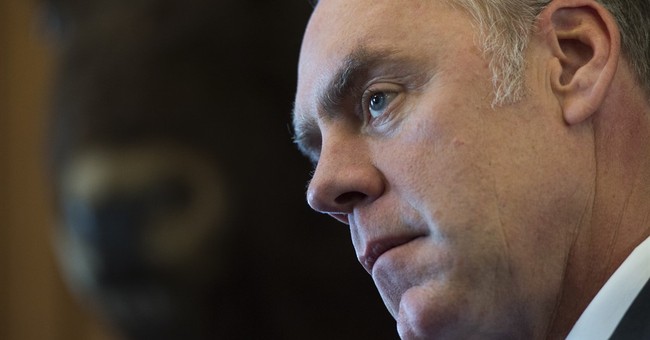 Was it because there were too few senior Trump Administration officials in place to catch and stop it? Or because Department of the Interior Secretary Ryan Zinke was new on the job, and had so much on his plate, that this decision just slipped right past him?

Maybe it was because the new Administration faces so many battles with environmental activists already that it didn’t want another one?  Or perhaps Interior was intimidated by environmentalist lawsuits challenging President Trump’s 60-day delay of newly-issued Obama Administration regulations?

Already, officials in the Minneapolis area have delayed a road construction project – purportedly near a patch of potential RPB habitat – while they look for signs that the bees are actually nesting there. Another Minnesota group is trying to use hypothetical threats to RPBs to delay construction of a wastewater treatment plant that would prevent pollution from reaching sensitive state waterways!

And this is just the beginning. It will happen again and again as anti-development agitators use this designation to theorize that construction projects and even farming operations could risk harming an “endangered” bee species or its possible habitats.

In issuing the “endangered” designation, the U.S. Fish and Wildlife Service (FWS) advised that “The rusty patched bumblebee is likely to be present in scattered locations that cover only 0.1% of the species’ historical range.” Thus, government agencies need only be consulted or issue a permit for developers to “take” (disturb, harm or kill) the bees in these limited areas.

However, 0.1% of the RPB’s historic range is still an area of roughly 6,000 square miles: 3.8 million acres – equivalent to all of Connecticut and Rhode Island combined. And that’s just the beginning.

The real kicker is that no one knows where that 0.1% area might be, scattered in tiny bits and pieces all across the 13 Northeast and Midwest states where the rusty patched bumblebee has supposedly been observed (by amateur entomologists) since 2000. That’s 378 million acres: equal to the combined land area of Montana, North and South Dakota, Minnesota, Wisconsin, Iowa, Illinois and Indiana!

That’s partly because the Obama FWS issued the endangered species designation without developing any protocols for actually identifying the ground-dwelling bee’s nesting sites. They could be anywhere in that 13-state area – which means environmentalists could delay, block or bankrupt every new power line, bridge, highway, pipeline, housing development, plowing operation or other project in the affected states.

The decision gives eco-obstructionists another powerful weapon against projects they oppose. They’ve already proven they are smart, determined, coordinated, well-funded opponents of President Trump’s infrastructure, energy, job and economic improvement agendas. Why give them more power?

Even worse, this insect designation opens the floodgates. Whether Secretary Zinke realizes it or not, waiting in the obstructionist wings, right behind the rusty patched bumblebee, are two more bumblebee species whose potential habitats spread across 40 states. The yellow-banded bumblebee has been found all the way from Montana east to New England, and down the Atlantic coast to Virginia, West Virginia and North Carolina. The western bumblebee’s range includes the entire block of eleven western states plus parts of Alaska: nearly a billion acres.

Put together, we’re talking about nearly half of the United States!

That’s a monstrous new complication for property owners, states and communities – and for the Trump Administration’s economic plans – at the end of a long, painful decade of economic doldrums that require concerted efforts to get job and economic growth back on track. And there’s even more to come.

Real entomologists dispute this. A recent article notes that the CBD report was not peer-reviewed and presented no methodologies or data sources. It quotes Sam Droege, one of North America’s top wild bee experts, who calls the report “extremely misleading” and full of “statistical, taxonomic and natural history problems.” Assertions that some species are in decline are simply false and not based on any evidence, Droege explained. For other species, there simply is not enough data to make any accurate assessment.

This is the Pandora’s box that Secretary Zinke’s Department of the Interior has unleashed, by failing to keep a lid on the FWS actions or review the Obama Administration’s politically motivated, hurry-up designation. In fact, Zinke’s department had ample reason to revise the rusty patched bumblebee designation on January 9, when Team Obama announced its plans. The DOI just bumbled it.

When the Xerces Society for Invertebrate Conservation originally petitioned the FWS for an RPB endangered species designation, it said the species’ decline was due to habitat loss and disease – specifically an intestinal parasite that was accidentally imported to the USA from Europe in the 1990s, during experiments on managed bumblebee hives. But Obama’s FWS arbitrarily contorted its justifications to blame pesticides (specifically advanced-technology neonicotinoid pesticides, a key target du jour of the Environmental Left) for the bee’s decline. There is virtually no evidence to support that.

“The exact cause for the loss of the rusty patched is unclear,” says University of Virginia biology professor T’ai Roulston, “but it’s almost certainly related to disease: the Nosema bombi fungal gut parasite, which can shorten the lives of worker bees and disrupt mating success and survival of queens and males.”

Even more absurd and outrageous, the same Obama USFWS has given wind turbine companies permits to kill hundreds of bald and golden eagles – and thousands of raptors, other birds and bats, many of them threatened or endangered – every year for the next 30 years. So now the mere possibility that insect species could inhabit tiny areas across hundreds of millions of acres can be used to shut down projects, but the FWS will ignore wind turbines that are “incidentally” or “accidentally” killing eagles.

Now that Secretary Zinke has let the rusty patched bumblebee endangered species designation take effect, what should he do? To paraphrase the physician’s oath, “First, do no more harm.”

The new Interior team needs to make doubly sure that no more of these dubious “endangered species” designations slip past them, especially when the less onerous and disruptive, but still protective, status of “threatened species” is available. Secretary Zinke should also take a long, hard look at the supposed justifications for the RPB’s endangered designation, and modify or reverse it as warranted. Terminating or “clean-desking” a few Fish & Wildlife ideologues and IED makers would also be in order.

Meanwhile, the House and Senate should evaluate this designation and its employment, economic and land use implications, pass a “joint resolution of disapproval” under the Congressional Review Act, and send it to the White House. President Trump should sign it forthwith, and support one more vital action.

In the hands of agitators, ideological bureaucrats and friendly judges, the Endangered Species Act has become a powerful weapon for controlling land use and obstructing projects. Reforming the act, to curb this kind of nonsense and abuse, would be a good next step once these immediate problems are fixed.