A New Strategy For Tax Cheats 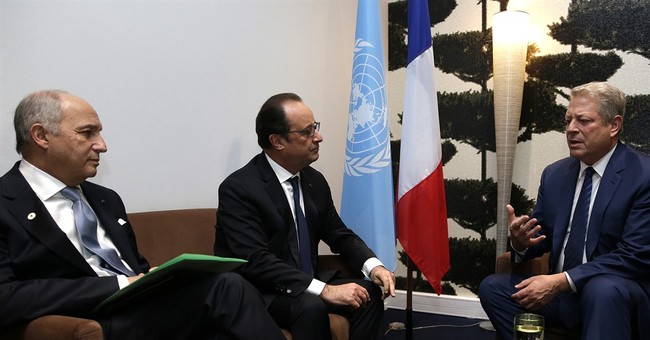 Suppose you’ve been using some creative data, accounting and legal interpretations for years to reduce your tax bill – and the IRS suddenly flags you for a full-blown audit. Instead of trembling in your boots, shredding your records, calling a top-flight lawyer, and preparing for an extended jail visit, just do this:

Patiently explain that your raw data, records and other documents are your private property. Your legal analyses, accounting methods, and unique computer codes and algorithms are proprietary. The IRS has no right to see them. When the agents ask you questions, explain that you don’t recall any details. If they get testy or threaten you with arrest, just say you resent their intimidation tactics.

Absurd? A ticket to the slammer? Maybe not. Similar ploys worked for Lois Lerner and Hillary Clinton.

More to the point, they’ve worked like a charm for scientists who’ve received millions of tax dollars to crank out studies insisting that we face increasingly serious, previously unimaginable climate and weather cataclysms, because we use fossil fuels to power our economy, create jobs and improve living standards.

These studies do not merely sit on shelves. Politicians, bureaucrats, journalists, activists and scientists cite them to justify policies that require us to dramatically reduce carbon dioxide emissions – and thus our energy use, employment rates and living standards. If the studies are biased, based on “homogenized,” exaggerated, manipulated or fabricated data, or result from garbage-in/garbage-out computer models – we need to know that, before expensive, destructive regulations are imposed on us. Or so we would think.

World leaders are meeting right now in Paris, often using absurd claims, and alarming reports, to forge a global treaty saying the world must eliminate 96 percent of the greenhouse gases that all humanity would likely release if we reach world population levels, economic growth and living standards predicted for 2050 – by steadily eliminating increasingly more energy efficient, low-carbon fuels and technologies.

Such reductions would mean slashing energy use and average world per capita GDP from its projected $30,600 in 2050 to a miserly $1,200 per year, says energy analyst Roger Bezdek. Average per capita GDP in 2050 would be less than what Americans “enjoyed” in 1830! Many futuristic technologies would still exist, but only wealthy families and ruling elites would be able to afford them.

Congress is therefore absolutely right to demand access to the raw data, accounting and data revision methodologies, computer codes and algorithms, emails and analytical methods that taxpayer-financed scientists and agencies used in developing and justifying EPA’s Clean Power Plan, NOAA’s declarations that various months were the “hottest on record,” claims that myriad disasters will occur if we don’t curb carbon dioxide emissions, and assertions that only a global treaty will save planet and humanity.

That’s why House Science Committee Chairman Lamar Smith (R-TX) has asked NOAA director Kathryn Sullivan to turn over documents related to a study that claimed global warming has not stalled for almost 19 years, as satellite records show. The NOAA study adjusted sea-surface temperature data from a global network of buoys upward by 0.12 degrees Celsius (0.25 F), to “homogenize” the buoy data with records from engine intake systems on ships – and thereby create a previously undetected warming trend.

But the intake data were contaminated by heat from the ships, whereas the buoy network was designed for accurate environmental monitoring. A more honest, defensible study would have adjusted the ship data downward, to “homogenize” them with more reliable buoy data. But the feds needed a warming trend.

Smith has threatened to use “civil and/or criminal enforcement mechanisms” if the agency doesn’t provide the documents. The American Meteorological Society says these are “intimidation” tactics that unfairly question the integrity of NOAA scientists. However, Smith is right to defend to public interest in knowing that such studies are honest and credible.

After all, we taxpayers paid for them, and they are being used to promote policies that will affect our livelihoods, liberties, living standards and even life spans. If the scientists have nothing to hide, they should be happy to engage in a robust peer review – in essence, to defend their novel PhD thesis.

Instead, requests to see data or engage in discussion or debate are met with outright refusals. EPA Administrator Gina McCarthy has said she would “protect” her agency’s data, analyses and reports from people and organizations that she alone decides “are not qualified to analyze” the materials. The agency has implemented numerous costly regulations with no attempt to verify IPCC “science” or even consider the rules’ impacts on the health and welfare of families whose breadwinners will lose their jobs.

Other tax-funded groups have likewise refused to discuss their findings with climate disaster skeptics. Some have even asked the Justice Department to initiate RICO racketeering prosecutions of organizations that raise inconvenient questions about climate studies. The White House has enlisted virtually every US Government agency, including the Defense Department, in its determined effort to employ global warming claims to “fundamentally transform” the United States before President Obama leaves office.

We should not be surprised. Billions of dollars in annual US government grants and a $1.5-trillion-per-year climate crisis and renewable energy industry mean people will jealously guard their money trains.

EPA has paid members of its Clean Air Scientific Advisory Committee $180.8 million since 2000. Grants from EPA and other federal agencies to the American Lung Association over the same period total $43 million, for rubberstamping and promoting government decisions on pollution and climate change.

Courts have let former U of Virginia researcher Michael Mann refuse to provide tax-funded data and emails, even to the former Virginia Attorney General, on the ground that they are proprietary. DMD (Data Manipulation Disease) is not confined to the USA or Britain’s Climate Research Unit. Australia’s Bureau of Meteorology has also “homogenized” temperature records so thoroughly that it was able to convert a cooling trend of 1 Celsius degree per century (1.8 F) into a 2.5 degree C (4.5 F) warming trend!

And now developing countries want $1 trillion from developed nations between 2020 and 2030, for climate “reparations and adaptation.” Otherwise the poor countries won’t sign any document drafted in Paris. Meanwhile, those (formerly) rich countries are expected to sacrifice their jobs, economic growth and tax revenues in the name of preventing climate and extreme weather catastrophes.

The EPA, NOAA, IPCC, CRU and Meteorology Bureau are acting like unethical prosecutors, determined to convict carbon dioxide of dangerous global warming by: basing their case on circumstantial evidence, allowing tainted evidence, hiding exculpatory evidence, and denying the defendant the right to present a defense, cross-examine adverse witnesses, or even offer testimony attesting to the good conduct and character of defendant – as a vital plant-fertilizing gas that makes all life on Earth possible.

Thankfully, it looks like the Paris climate gabfest will result in little more than a lot of “sound and fury, signifying nothing” – except more dire fear-mongering about imminent planetary doom, lofty promises of intent to do something to prevent the crisis, and plans to fly 40,000 delegates and hangers-on to another meeting, a year or two hence, in another delightful destination replete with 5-star hotels and restaurants. Billions more will be wasted, but no binding CO2 targets will destroy energy systems and economies.

The US Senate will not approve or appropriate money for any emission reductions or climate reparations President Obama might agree to in Paris. EU nations cannot afford to do so, even if developing countries agree to binding emission goals – which they will never do. Poor nations would face open rebellion if they stopped using fossil fuels to lift billions out of abject poverty, or ceased building the 1,800+ coal-fired power plants that are under construction or in the planning process in their countries.