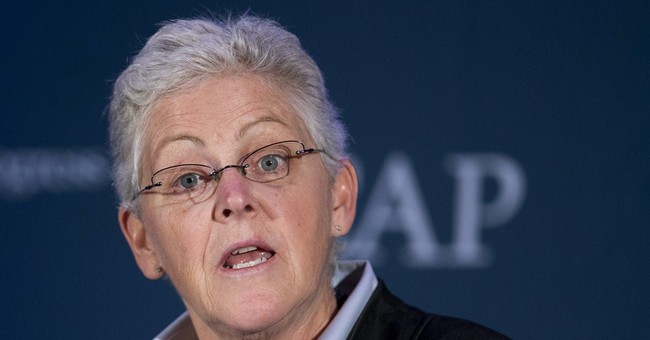 Russian President Vladimir Putin is outraged that the United States has indicted 14 FIFA soccer officials, accusing them of corruption, racketeering, fraud and conspiracy, involving bribes totaling over $150 million in kickbacks for awarding tournament rights. He says the US is meddling in Russian affairs and plotting to steal the 2018 World Cup from his country. What chutzpah.

This is the same Mr. Putin who annexed Crimea and parts of Ukraine, and whose close cronies have been secretly channeling millions of dollars to US and EU environmentalist groups to oppose both American oil drilling in the Arctic and hydraulic fracturing – the game-changing process that is producing so much oil and gas that it’s slashed energy prices … and Russian revenues.

The Justice Department indictments generated global applause. But now the DOJ needs to conduct an equally zealous investigation into corruption, fraud and collusion in the Obama Environmental Protection Agency. Of course, that won’t happen – no matter how rampant or flagrant the abuses have been.

As Kimberly Strassel documents in May 14 and May 21 articles, EPA emails and other documents reveal that the agency had already decided in 2010 to veto the proposed Pebble Mine in Alaska on ideological grounds, “well before it did any science” on the project’s potential environmental impacts. Meanwhile, an EPA biologist was working with eco-activists to recruit Native Americans to oppose the mine. “It’s not much of a leap,” Strassel writes, “to suggest that the EPA encouraged [petitions against the mine] so that it would have an excuse to intervene, run its science as cover, and block a project it already opposed.”

At the same time the biologist was aiding the petition drive, he was also helping to write EPA’s “options paper” for the mine – and lobbying his co-authors and report contributors to veto the mine, Strassel notes. Now, contrary to newly discovered agency emails, EPA bosses are pretending they never saw the options paper and trying to put the blame on low-level functionaries, when they were deep in cahoots all the way.

This represents incredible collusion, deception, fraud and abuse of power – to impose agency edicts and appease environmental ideologues in and out of EPA. Moreover, it is just the latest in a long line of abuses and usurpations by this Obama agency, under a culture of corruption and secretive, manipulated science used to justify regulatory overkill that imposes extensive damages for few or no benefits.

On climate, EPA relies on computer models and discredited IPCC reports to predict global catastrophes that it insists can be prevented if the United States slashes its fossil fuel use, carbon dioxide emissions and living standards, even if China, India and other developing countries do nothing. Meanwhile, real-world temperatures, hurricanes, tornadoes, polar ice and sea levels continue to defy the fear-mongering. So now the rhetoric has shifted yet again, to national security and asthma threats from climate change.

Just this week, EPA announced that it will henceforth regulate any ponds, puddles, creeks, ditches and other waters that have a “significant nexus” to navigable waterways, even if that ill-defined connection enjoys six degrees of separation from streams in which you can actually paddle a kayak. EPA itself recognizes that “science” does not support its new regime, so now it says its “experience and expertise” justify its regulation of virtually all “waters of the United States” (WOTUS) – and thus of all lands, land uses, and family, farm and industrial activities not already covered by its climate rules.

Homeowners, farmers and businesses will now have to apply for permits to do almost anything that might theoretically pollute or affect waterways. Even taking a shower is now subject to EPA regulation.

On mercury, EPA is shutting down coal-fired power plants that emit barely 3% of all the mercury in US air and water. It claims this will prevent “0.00209 points” in American IQ losses and protect nonexistent “hypothetical female subsistence consumers” who every day for 70 years eat a pound of fish that they catch themselves in US navigable or “nexus” waterways.

For fine particulates, EPA wasn’t satisfied with regulations that prohibited more than one ounce of soot spread evenly in a volume of air a half-mile square by one story tall. When illegal experiments on humans failed to demonstrate that these levels were not actually “dangerous” or “lethal,” it imposed tougher standards anyway, as part of its war on coal.

Before he landed in jail for fraud, high level EPA bureaucrat John Beale concocted the sue-and-settle tactic, under which agency lawyers meet with environmentalist groups behind closed doors, agree to new regulatory standards, and then settle a friendly lawsuit whereby a court orders EPA to adopt the rules. Parties actually impacted by the new regulations never find out about them until it’s a “done deal.”

However, EPA ignores all these cold, hard realities – as it cherry-picks research and pseudo-science to support its agenda, ignores problematical studies, and pays advisory boards and activist groups like the American Lung Association millions of dollars annually to rubberstamp and promote its decisions.

What can be done to curb these abuses and usurpations, and rein in this renegade agency?

Congress should cut EPA’s budget, to eliminate money that it routinely gives to activist and propaganda groups, and prevent the agency from spending any further taxpayer funds to regulate carbon dioxide, impose its new ozone, mercury and WOTUS rules, or participate in new sue-and-settle lawsuits.

Congress should also pass the Secret Science Reform Act, to ensure greater honesty and transparency in EPA rulemakings – and hold hearings on the Pebble Mine and other questionable agency actions, with EPA officials under oath and subject to penalties for perjury and malfeasance in office.

Presidential candidates must become well versed in these issues, discuss them during interviews and debates, and be prepared to amend, suspend and upend EPA decisions and regulations that were implemented in violation of transparency, integrity and honest, robust science.

They should also examine how the federal EPA can be systematically dismantled and replaced with a “committee of the whole” of the 50 state environmental protection agencies – so as to balance and protect our needs for air and water quality, livelihoods, living standards, health and welfare.

State legislators, governors and attorneys general, companies and other aggrieved parties should continue to file lawsuits to block EPA excesses. However, they should stop relying on “abuse of discretion,” as courts almost always bow to government agencies. Instead, they need to demand that every agency decision is grounded in reliable, replicable, testable, peer-reviewed evidence, data and standards – as set forth in the Supreme Court’s Daubert, Joiner and Kumho decisions – and that the agencies demonstrate that they have fully accounted for the negative job, economic, health and welfare impacts of their rules.

Meanwhile, as Charles Murray (author of By the People: Rebuilding liberty without permission) and others have suggested, states, communities, companies and individuals should engage in a new form of “systemic” civil disobedience: refusing to bow to harmful, nonsensical, tyrannical EPA regulations.

In short, we should take Dylan Thomas’s advice – and rage, rage against the dying of the light – due to regulations that are dimming the lights in our homes and the light of liberty and American exceptionalism.