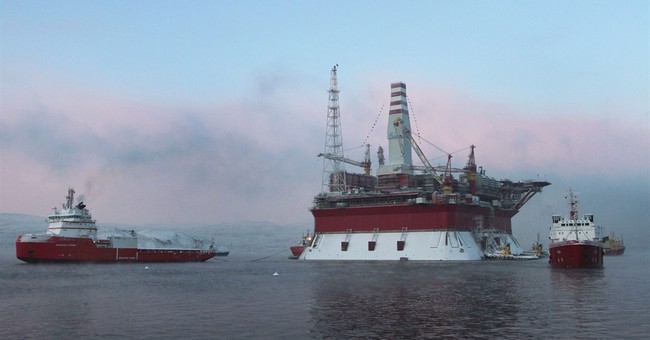 This fall marks the fortieth anniversary of the Arab oil embargo, a painful episode in American history that had a profound effect on both the economy and psyche of the United States. It began in mid-October 1973, following the US decision to resupply Israel with weaponry after Egypt and Syria launched a surprise attack on Yom Kippur, the holiest day of the Jewish year.

In response to President Nixon’s decision, the Organization of Arab Petroleum Exporting Countries, the Arab members of OPEC, declared an embargo and cut off oil supplies to the United States and its allies.

In the three months after the embargo was announced, oil prices quadrupled, from $3 to $12 per barrel. Yes, twelve bucks would be a monumental bargain in these days of $100-a-barrel crude, but back then it sent shock waves through developed country economies.

Meanwhile, the supply disruptions forced motorists to wait for hours in long lines to get gasoline. The US government response was largely limited to attempts to reduce consumption, by lowering the national speed limit to 55 mph and asking people to refrain from decorating with holiday lights, to reduce the use of oil that then powered many generating plants.

During the 1970s, Washington also launched efforts that still continue today. Those efforts would purportedly increase the nation’s energy independence by promoting conservation and energy-efficient appliances, nuclear power, and “alternative” energy development via tax breaks, mandates and subsidies for ethanol, wind and solar energy. Our three branches of state and federal government did very little to expand leasing and drilling, onshore or offshore, in the Lower 48 States or in Alaska; much to block such development; and little to encourage these activities.

In August 1973, just before the embargo, even enacting a law to end incessant lawsuits over the Trans-Alaska Pipeline passed Congress by a single vote (by Vice President Spiro Agnew, following a 49-49 Senate vote). After the embargo hit, Congress finally authorized building the pipeline.

Of course, policies aimed at addressing the nation’s long-term energy needs did nothing to alleviate the crisis of late 1973. The United States and most of the developed world desperately needed liquid fuels – to power cars, trucks and tractors, generate power, produce electricity, and safeguard jobs and living standards. Nuclear power could do nothing to feed their transportation network, and wind and solar installations provided barely measurable amounts of electricity. Lack of preparation hurt us badly.

Environmentalist opposition to all things nuclear and hydrocarbon continues. So does their refusal to acknowledge the land, raw material and wildlife impacts of wind and solar power, or even require an honest accounting of how many birds and bats wind turbines slaughter each year. Even as (or because) fracking proves the United States still has vast untapped riches of oil, natural gas and natural gas liquids, they do all they can to delay, block or ban this safe, proven technology.

Now, four decades later, America is still vulnerable to a major and prolonged oil supply disruption. While the Strategic Petroleum Reserve stands ready to cushion an oil shock, it contains barely enough oil to replace imported crude for 93 days. Furthermore, since oil prices are determined globally and affected by political instability, the US economy could still suffer severe repercussions from an oil price spike.

Why does the threat of oil disruptions still plague us? Because of political bickering, regulatory overkill, anti-hydrocarbon ideologies, courts putting almost any ecological argument (no matter how minor or far-fetched) above our need for hydrocarbons – and our government’s systemic inability to focus on the most important issues facing our nation: economic growth, job creation and preservation, and protecting people’s overall health and welfare. Even though petroleum still supplies 63% of the energy that powers our economy, our politicians and policy makers remember the embargo, but ignore its lessons.

Despite the fact that the United States owns some of the world’s largest collective oil resources, about 51% of our oil still comes from other countries. Canada is our largest supplier, but Persian Gulf oil still accounts for almost one-third of total imports. The risk of supply disruptions remains very real.

However, that is just a small part of the problem. Over fourteen million working age Americans are still unemployed, are involuntarily working part-time below their potential and preference, for less pay than with their old jobs – or have simply given up looking for a job. Washington is spending some $3.6 trillion a year, while bringing in a meager $2.6 trillion in annual revenues.

The USA could be producing much more of its own oil and natural gas – creating millions of jobs and generating hundreds of billions of dollars in royalty and tax revenues. But it has lacked the political will to open the vast majority of the Outer Continental Shelf. Even the Eastern Gulf of Mexico and the entire East and West Coasts are off limits to leasing and drilling.

The vast majority of US onshore lands owned or controlled by the federal government are likewise off limits, including ANWR and even the Alaskan National Petroleum Reserve. The Obama administration has even increased the regulatory burdens and delays on the few areas it has technically left open, onshore and offshore – while expediting permits and waiving endangered species laws for wind and solar projects. Oil and gas projects have been delayed or scrapped, and virtually all have seen their costs skyrocket.

Were it not for drilling and fracking on state and private lands – in spite of the federal government and constant environmentalist attacks – US oil and gas production would have continued the decline that began in 1970. Instead, due to advanced drilling and production technologies, dedicated entrepreneurs have safely extracted billions of dollars worth of oil and natural gas from shale formations, created 1.7 million jobs, ramped petroleum production back up, and sent almost $100 billion to state treasuries.

Rather than meet our country’s needs for oil and gas, President Obama’s Interior and Energy Departments, EPA and other agencies have strangled our economy in red tape and poured billions of taxpayer dollars down the toilet of ill-conceived, crony-corporatist wind, solar, battery, “green” car and “renewable” fuel projects. Many went belly-up without ever producing any jobs, products or revenues. Worse, the “green” jobs (ie, subsidized by greenbacks) kill 2-4 jobs for every “renewable” job created.

But they ensure that millions of tax dollars return to “green” politicians via campaign contributions, to keep the schemes alive. Tens of millions more are funneled annually through government agencies to eco-activists who work full time to promote renewable energy, oil depletion and climate change myths.

To top it off, five years after the first permit application was submitted, Mr. Obama still refuses to make a decision on the Keystone XL Pipeline. That one project would create tens of thousands of high-paying jobs and transport over 800,000 barrels of US and Canadian crude to Texas refineries, which are currently paying $100 for every barrel they refine into gasoline and myriad other products.

In 1973, America learned a shocking truth. Our nation was not prepared to control its own energy, economic, employment, trade and revenue destiny. In 2013, even amid deepening crises in the Middle East, Africa and other regions, we could be poised to repeat mistakes and painful lessons of the past.

Our energy and economic problems continue today, but not because America lacks the resources. They continue because our “leaders” have put their anti-hydrocarbon attitudes and political alliances ahead of the best interests of the American nation and people.