Taking Cancer To the Mat - 2013 Profiles In Courage 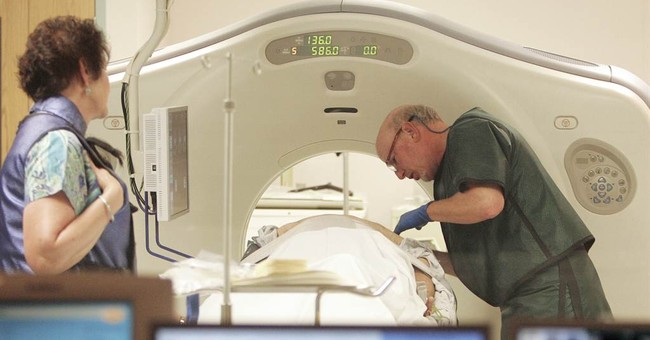 My daughter had just learned she would have to endure still more chemotherapy for her leukemia. A tear welled up in her eye. But she quickly stopped herself, and her steely resolve returned. “If Ben can go through everything he’s had to deal with,” she said, “I can do this.”

Amy kept her commitment, with flying colors. So did Ben.

Ben Rubenstein is a cancer survivor nonpareil and author of Twice: How I became a cancer-slaying Super Man before I turned 21. It’s a book that every cancer patient should read. So should every member of families dealing with cancer, and every healthcare professional working to save those patients.

My daughter met Ben at the Children’s National Medical Center clinic, where they both were going for treatment, and later read his book. An online review succinctly describes his ordeal and ultimate victory – and helps explain why the book had such a profound impact.

“At 16, when most high school juniors are worried about getting a driver’s license, getting a date, getting on the tennis team or getting into college – Ben Rubenstein got Cancer. But relying on the pop culture icon Superman, he took on harrowing surgeries, transplants, chemical therapies and inner struggles, to beat Cancer – twice. Like his offbeat and irreverent weblog, ‘CancerSlayerBlog,’ the compelling, behind-the-scenes story related in his book combines the author’s unique blend of humor, honesty and an indefatigable attitude that helped him become a two-time cancer survivor.”

Actually, the blurb and the book’s title are a bit misleading. By the time the books was published, Ben was winning his third battle with a life-threatening disease, and could have written Thrice.

Number One was bone cancer: Ewing’s sarcoma. Sharp pain, deep inside his hip, during a tennis match, told him something was wrong. The cancer eventually destroyed most of his left ilium, which was removed surgically, causing his femur to push up into scar tissue, instead of his hip socket, and leaving his left leg several inches shorter than his right. (A lift in his shoe compensates.) But numerous chemotherapy and radiation treatments eventually beat the cancer.

Number Two was myelodysplastic syndrome (MDS): a bone marrow genetic abnormality and cancer that impairs the number and quality of blood-forming cells. Left untreated, the disease can evolve into acute myelogenous leukemia (AML). Ben and his family opted for a bone marrow transplant that carried a 30% chance of his living. Once again, his Super Man attitude helped get him through.

The transplant was preceded by still more chemo and radiation sessions, to annihilate his existing marrow, so that stem cells from a frozen umbilical cord could create entirely new marrow. The replacement marrow changed his blood type from A+ to O+ and generated completely new platelets and red and white blood cells. Because the cord was from a girl, his new blood also has XX chromosomes, instead of XY – spawning endless sexuality and transgender jokes. The transplant restored his immune system, and Ben rarely gets sick any more.

Number Three was ferritin overload: excess iron in the body and vital organs, caused by the many blood transfusions he needed during his MDS treatments. The disease increases the risk of liver disease, heart failure, diabetes and other problems. Ben visited the clinic every few weeks for iron reduction therapy, in which blood was removed and replaced with saline. We got to know Ben during one of these sessions. He ended his iron-reduction therapy a year and a half ago – so he won Battle #3, as well!

The illnesses, treatments and often nasty side effects forced him to suspend his college program for a time, but he graduated from the University of Virginia in 2007, with a degree in economics. Ben now writes for a government agency, his http://www.CancerSlayerBlog.com/ weblog and opinion websites, and gives motivational speeches. He also climbed the grueling “snake path” to the top of Masada in Israel, and has fallen in love with rock climbing, which is easier on his hip than most other sports.

He just celebrated his tenth stem cell transplant anniversary – and his twelfth anniversary of being free of bone cancer! His journey is a tale of grit and survival, recorded in diaries, and presented in colorful, honest, gifted prose – with humor and perceptive insights that will give hope and courage to patients and parents alike. (Some may be put off by his reflections on teenage fantasies about his “always gorgeous” nurses, or unvarnished discussions of treatment procedures and effects. But they are part of his brutally candid reflections on life with cancer and what it takes to win the battle.)

For sustained attitude, Superman was his role model. When it came to getting through the worst moments, to winning the next round, Rocky was his inspiration. The boxer helped him transform sadness into anger, and anger into energy. The Rocky poster in his dorm room proclaimed, “His whole life was a million-to-one shot.” The comic book character “liberated me from being a Sick Kid and exposed me as a Super Man,” he wrote. Rocky “inspired me to tell cancer to go to hell.”

His code may not work for everyone. It certainly didn’t work all the time for Ben. But like our American Constitution, it was his ideal, his inspiration for what he wanted to be and how he wanted to live. It’s the basis for his advice to others battling life-threatening diseases. Here are some of his rules – and Amy’s.

* Choose whatever positive outlook, role model and unique survival strategy works for you. Find and use whatever people and life stories will get you through the toughest times.

* Have faith in your doctors, your friends, your body. Believe and know your body will get its blood counts back up; you will handle the pain; you will bounce back; you will have a wonderful cancer-free life.

* During treatment, don’t worry about eating exactly the correct, most nutritious foods. Eat what you want, what makes you happy, what keeps your weight on. You can be more “perfect” later on.

* Attack each setback. Never let setbacks drag you down. A few tears, if you must, and that’s it. If your cancer means you’re forced to spend extensive time at home with your parents and siblings, hang out with friends only on rare occasions, or completely set your studies aside for awhile – so be it. Accept it. Get on with your life. And know there will be a better tomorrow.

* Keep up as much of your past life and physical regimen as possible, during treatment and certainly afterward. Change what you must, for awhile, but never look back, never stop moving forward.

Ben was once a very good tennis player. He can’t play anymore. So he uses a putting green, to perfect his short game. He lifts weights, goes “spinning” on his bike, punches an 80-pound bag, rock climbs, and eats fruits, vegetables, meats and fish, but no processed foods. He works hard on his career, sees his friends, and misses his caregivers, other patients and families he saw so often during his treatments. But his liver is happy, and he is moving forward with his life.

And Amy? She finished her chemo – following Ben’s Code and inspiration to tackle each obstacle and setback. She studied at home, saw friends when she could, kept up via cell phone and Facebook, graduated from high school, and is now in her third year of college, majoring in health administration.

Avascular necrosis (AVN or bone death) in her knees (due to steroids required during chemo) postponed her return to soccer, so she had decompression surgery, joined her college pep band, and expanded her exercise regime. Two months ago, she took a Make-A-Wish Alaskan cruise on Royal Caribbean’s gorgeous Radiance of the Seas – and landed on a massive glacier on the three-year anniversary of her leukemia diagnosis! She intends to begin playing soccer again in the very near future. Most important, she’s still Amy: happy and upbeat, strong and resilient, enjoying college, looking forward to life.

We all hope every family and child forced to confront life-threatening diseases can learn from their experiences … have faith in God, one another and their medical professionals … and live long, cancer-free lives.