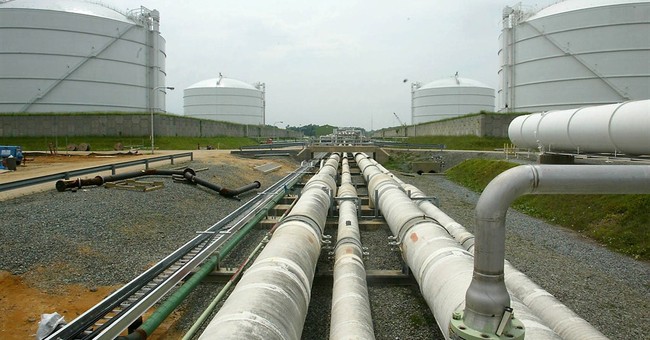 “We’re from the Earth Guardians group, and we’re working on fracking and how it’s going to affect our future and our health. So we wrote this song for all the gas companies that are putting their profits ahead of our future.”

With that prelude, 12-year-old Xiuhtezcatl Martinez and his 9-year-old brother Itzcuauhtli launched into an anti-fracking rap song for Evergreen Middle School students whose teacher had invited them to travel 40 miles from their home in “the People’s Republic of Boulder,” Colorado. The song was well rehearsed, spirited, clever – and no doubt assisted by their mother, the founder and executive director of Earth Guardians, and maybe even by Boulder’s former mayor, an EG advisor.

The boys have been inculcated in Aztec and Hard Green ideology from birth. As EG members, they’re dedicated to “educating” other children about “sustainability,” “dangerous climate change” and “earth-friendly” renewable energy. In an era when too many babies are having babies, it’s not surprising that children are indoctrinating children. Not surprising, but not beneficial either.

Moreover, the teacher had failed to follow school policy, get permission to bring in outside propagandists, or present other perspectives. Unhappy parents raised a stink with Principal Kris Schuh, and the school district promised to distribute “pro-oil and gas literature” to secure some balance.

Fracking, of course, is horizontal drilling and hydraulic fracturing, a revolutionary technology that definitely will affect our future and our health – for the better.

Although fracking has been used for 60 years, in combination with deep horizontal drilling it has sent US oil and gas production sharply upward for the first time in decades, turned “imminent depletion” into another century of affordable petroleum, generated millions of jobs and billions of dollars in government revenues, kept home heating and electricity prices from skyrocketing in the face of EPA’s war on coal, brought a resurgence in US petrochemical and other industries, and helped reduce CO2 emissions (which should make Earth Guardians and other global warming true believers happy). It’s meant fewer oil imports, improved balance of trade, and more opportunities to lift more people out of poverty worldwide.

A recent IHS Global Insight report documents that, in the United States alone, fracking has already created 1.7 million new direct and indirect jobs, with the total likely to rise to 3 million jobs over the next eight years. It’s added $62 billion to federal and state treasuries, with that total expected to rise to $111 billion by 2020. And by 2035, it could inject over $5 trillion in cumulative capital expenditures into the economy, while generating over $2.5 trillion in cumulative additional government revenues.

By contrast, $26 billion taken from taxpayers and given to wind, solar and biofuel energy projects via Department of Energy subsidies and loan guarantees since 2009 created only 2,298 permanent jobs, at a cost of $11.45 million per job, the Institute for Energy Research calculates, using DOE data.

If more of this new natural gas were devoted to generating electricity – instead of just backing up 40,000 US wind turbines – millions of birds and bats would not be slaughtered every year, and vital species would not be driven to the brink of extinction in wildlife habitats that have been blanketed by turbines.

The Earth Guardians ignore all of this, and claim hydraulic fracturing is poisoning our air and water.

The facts say otherwise. As the film FrackNation and numerous articles and reports have documented, there has never been a confirmed case of groundwater contamination due to fracking, despite numerous investigations by state agencies and the US Environmental Protection Agency. There is no evidence of air or people being poisoned, and companies continue to improve their technologies, to reduce methane leakage and employ more biodegradable and “kitchen cabinet” chemicals.

But the Earth Guardians still deliver outright falsehoods about fracking, by children to children, in public schools funded by taxpayer dollars. Perhaps this goes on because teachers and school administrators fail to recognize the potential harm, or are themselves devoted to promoting extreme environmentalist ideologies. Certainly they failed to exercise their responsibility and authority as educators to provide a balanced curriculum and avoid being used by groups with political agendas, to inculcate a new generation of Americans in perverse Hard Green dogmas that are harmful to wildlife, people and the environment.

Why is it that the Earth Guardians, Sierra Club and similar groups detest fracking? Maybe because this technology demolishes their Club of Rome claims that mankind is about to run out of petroleum – or because it means fossil fuels are again on the ascendency, making wind and solar even less viable and further demonstrating that wind energy is a far less sustainable energy resource than petroleum.

How vulnerable are America’s youth to this brainwashing? With young people spending 7.5 hours a day viewing television, music and social media like Facebook, they’re almost ready-made targets for political groups that use these communications tools to promote narrow views. Without facts and data to counter the simplistic, entertaining and superficially persuasive messages – especially when they are delivered in schools – children tend to accept what authority figures put in front of them.

Even older students are vulnerable to being spoon-fed incorrect information. And student voters who are reluctant or too disinterested to seek truthful information can have a profound impact on U.S. elections and national policy.

In 2011 college professors Josipa Roksa and Richard Arum surveyed 925 college students about their transitions into the labor force, two years after graduation. In addition to discovering that only slightly more than half had found full-time jobs, Roska and Arum found that student “lack of awareness of current events … was startling.” Thirty-two percent reported “that they read a newspaper only monthly or never.” It makes you wonder how many colleges are doing their most fundamental job: teaching students to think and question, rather than merely to parrot politically correct mantras – and whether they are preparing students to become intelligent, informed, active members in a functioning democratic society.

Roska and Arum wrote, “This lack of engagement is as troubling as their financial difficulties – it can hardly be a good sign for a democratic society when many of its citizens, including highly educated ones, are not aware of or engaged with what is going on in the nation and world.”

Yet, as we learned in the 2008 election, young voters have the power to select a president. If their political choices are based on a lack of knowledge – or even worse, on propaganda – the nation is in peril.

Our schools need to end the indoctrination and ensure that students are presented with and taught to ponder and debate all sides of important and complex questions. Parents need to make sure they do so.