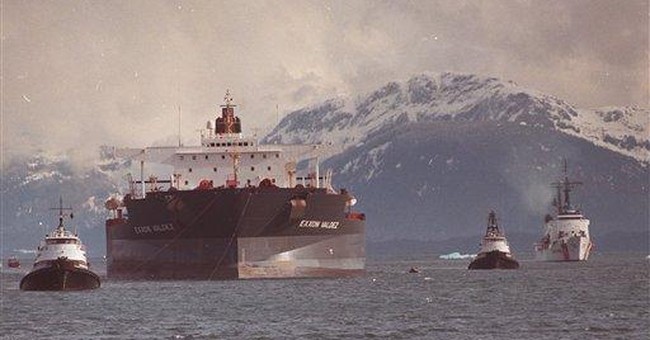 “We can’t drill our way out of our energy problem.” This daily mantra, mostly from Democrats, underscores an abysmal grasp of economics by the politicians, activists, bureaucrats and judges who are dictating US policies. If only their hot air could be converted into usable energy.

Drilling is no silver bullet. But it is vital. It won’t generate overnight production. But just announcing that America is finally hunting oil again would send a powerful signal to energy markets … and to speculators – many of whom are betting that continued US drilling restrictions will further exacerbate the global demand-supply imbalance, and send “futures” prices even higher.

Pro-drilling policies would likely bring lower prices, as did recent announcements that Brazil had found new offshore oil fields and Iraq would sign contracts to increase oil production. Conversely, news that supplies are tightening – because of sabotage in Nigeria’s delta region, or more congressional bans on leasing – will send prices upward.

One of our best prospects is Alaska’s Arctic National Wildlife Refuge, which geologists say contains billions of barrels of recoverable oil. If President Clinton hadn’t bowed to Wilderness Society demands and vetoed 1995 legislation, we’d be producing a million barrels a day from ANWR right now. That’s equal to US imports from Saudi Arabia, at $50 billion annually.

Drilling in ANWR would get new oil flowing in 5-10 years, depending on how many lawsuits environmentalists file. That’s far faster than benefits would flow from supposed alternatives: devoting millions more acres of cropland to corn or cellulosic ethanol, converting our vehicle fleet to hybrid and flex-fuel cars, building dozens of new nuclear power plants, and blanketing thousands of square miles with wind turbines and solar panels. These alternatives would take decades to implement, and all face political, legal, technological, economic and environmental hurdles.

ANWR is the size of South Carolina. Its narrow coastal plain is frozen and windswept most of the year. Wildlife flourish amid drilling and production in other Arctic regions, and would do so near ANWR facilities. Inuits who live there know this, and support drilling by an 8:1 margin. Gwich’in Indians who oppose drilling live hundreds of miles away – and have leased and drilled their own tribal lands, including caribou migratory routes.

Drilling and production operations would impact only 2,000 acres – to produce 15 billion gallons of oil annually. Saying this tiny footprint would spoil the refuge is like saying a major airport along South Carolina’s northern border would destroy the state’s scenery and wildlife.

It’s a far better bargain than producing 7 billion gallons of ethanol in 2007 from corn grown on and area the size of Indiana (23 million acres). It’s far better than using wind to generate enough electricity to power New York City, which would require blanketing Connecticut (3 million acres) with turbines.

Anti-drilling factions also assert: “US energy prices are high, because Americans consume 25% of the world’s oil, while possessing only 3% of its proven oil reserves.”

Possession has nothing to do with prices – any more than owning a library, but never opening the books, improves intellectual abilities; or owning farmland that’s never tilled feeds hungry people.

It is production that matters – and the United States has locked up vast energy resources. Not just an estimated 169 billion barrels of oil in the Outer Continental Shelf, Rockies, Great Lakes, Southwest and ANWR – but also natural gas, coal, uranium and hydroelectric resources.

“Proven reserves” are resources that drilling has confirmed exist and can be produced with current technology and prices. By imposing bans on leasing, and encouraging environmentalists to challenge seismic and drilling permits on existing leases, politicians ensure that we will never increase our proven reserves. In fact, reserves will decrease, as we deplete existing deposits and don’t replace them. The rhetoric is clever – but disingenuous, fraudulent and harmful.

The Geological Survey and Congressional Research Service say it’s 95% likely that there are 15.6 billion barrels of oil beneath ANWR. With today’s prices and technology, 60% of that is recoverable. At $135 a barrel, that represents $1.3 trillion that we would not have to send to Iran, Russia, Saudi Arabia and Venezuela. It means lower prices and reduced risks of oil spills from tankers carrying foreign crude.

It represents another $400 billion in state and federal royalties and corporate income taxes – plus billions in lease sale revenues, plus thousands of direct and indirect jobs, in addition to numerous jobs created when this $1.7 trillion total is invested in the USA.

It means additional billions in income tax revenues that those jobs would generate, and new opportunities for minority, poor and blue collar families to improve their lives and living standards. It means lower prices for gasoline, heating, cooling, food and other products.

That’s just ANWR. Factor in America’s other locked-up energy, and we’re talking tens of trillions of dollars that we either keep in the United States, by producing that energy … or ship overseas.

This energy belongs to all Americans. It’s not the private property of environmental pressure groups, or of politicians who cater to them in exchange for re-election support.

This energy is likewise the common heritage of mankind. Politicians and eco-activists have no right to keep it off limits – and tell the rest of the world: We have no intention of developing American energy. We don’t care if you need oil, soaring food and energy prices are pummeling your poor, or drilling in your countries harms your habitats to produce oil for US consumers.

Those attitudes are immoral and intolerable. It’s time to drill again here in America – while conserving more and pursuing new energy technologies for the future.