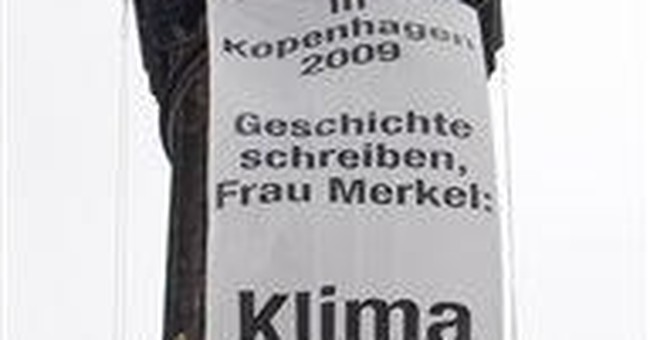 Where’s the headline? Where’s the television camera? Anyone out there?

It’s right there in the September 24 issue of the refereed journal Geophysical Research Letters. The senior author is Marc Tedesco of City College of New York, not exactly off the mainstream media’s beaten path. The work was sponsored by NASA.

Every summer (our winter), the edges of Antarctica warm up just enough for some snow to melt. Obviously, a little warming will create quite a bit more melting, which is a factor in dreaded sea-level rise from global warming.

Satellites have been monitoring this activity in both the North and South polar regions since 1980. What Tedesco wrote was this: “A 30-year minimum Antarctic snowmelt record occurred during austral summer 2008-09” (emphasis added).

Here’s a graph of his snowmelt data. It was obscured in a very busy chart in the original paper, so I’ve taken the liberty of stripping it out to stand alone.

Summer Melt in Antarctica Appears to be Declining, not Increasing.

It’s obvious that it’s not just this year that is of interest. The last three years are clearly those with the lowest aggregate melt on record. You might even see a downward trend since the beginning of the record in 1980.

It’s a reasonable surmise that there was no press coverage because there was no press release. NASA is keeping this thing hushed up. (We wouldn’t expect environmental journalists to occasionally glance at the scientific literature, such as Geophysical Research Letters, right?).

The Agency is also highly selective about the global warming science it chooses to trumpet. For example, Tedesco has also published on melting in Greenland, and NASA wrote press releases on those papers, which were not nearly as newsworthy as the thirty-year decline in Antarctic melt. Examples:

May 29, 2007: NASA Researcher Finds Days of Snow Melting on the Rise in Greenland. “In 2006, Greenland experienced more days of melting snow and at higher altitudes than average over the past 18 years.” Stop the presses! The last we heard each and every year has a fifty-fifty chance of being above (or below) average.

September 20, 2007: NASA Researchers Find Snowmelt in Antarctica Creeping Inland. “…Only satellites can fully capture the extent of changes in snow melting…researchers [including Tedesco] …confirmed that Antarctic snow is melting farther inland…melting at higher altitudes than ever, and increasingly melting on Antarctica’s largest ice shelf.” How on earth does this square with the obvious decrease in melt just published by the same researchers? Doesn’t this press release demand another on the newer work?

Earth to NASA: The 2007 Antarctic paper used twenty years of data, the 2009 paper has the entire record back to 1980. Even looking at the graph through 1998, it’s apparent that there is no net increase in melt.

September 25, 2007: NASA finds Greenland Snow Melting Hit Record High in High Places. This one is unbelievably misleading. “In fact, the amount of snow that has melted this year over Greenland is the equivalent of more than twice the surface size of the U.S.”. This is patently impossible – as Greenland’s total area is about a quarter of that of the lower 48 states.

There’s more. In the most recent paper, Tedesco and his co-authors take pains not to step on a highly publicized study of surface temperature trends published by University of Washington’s Eric Steig that was hailed as evidence for human-induced warming. At the time it was published, critics pointed out that there was no trend whatsoever in recent decades and that what warming had occurred took place before the great increase in atmospheric carbon dioxide.

Indeed, Tedesco begins his conclusions by stating that his results “do not contradict” the Steig study. Why? According to Tedesco, because Steig’s work begins in the 1950s, long before his 1980 start date. All this did was to confirm that warming pretty much stopped three decades ago. Where’s that press release?

NASA’s seems to beat the drum only when the news on global warming is bad, and remains mute when it is good. And, for that matter, so is that of the environmental journalism community, apparently incapable of filing an original story about an article from a refereed scientific journal that flies in the face of previous reportage on climate change.