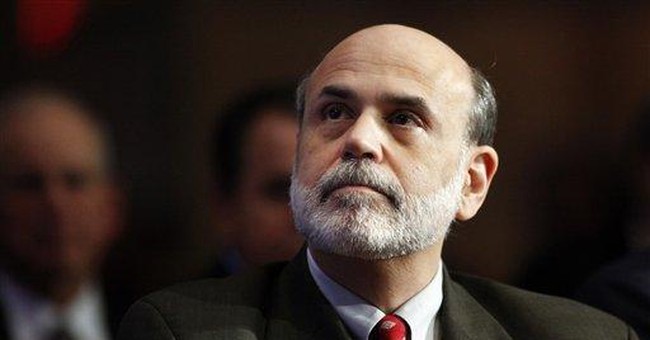 "Elections don't matter!" conservatives have long groused. "No matter who you vote for, things never change."

Well, we may have an exception here.

Scott Brown told Massachusetts' voters if they elected him to what David Gergen calls "the Kennedy seat" in the Senate, he would go to Washington and run a sword through Obamacare. <

Thirty-six hours after Brown's triumph, a disconsolate Nancy Pelosi emerged from the House Democratic caucus to announce that the votes were not there to pass a bill that had, on Christmas Eve, gotten 60 votes in the Senate.

A 78-seat Democratic margin is apparently insufficient to save a health care reform bill that is the highest priority of a Democratic president elected just a year go.

What argument is then left for Democratic control of Congress?

The shock wave from Brown's victory also appears to have killed cap-and-trade and immigration reform. Democrats are in open flight.

For what Massachusetts revealed is that this Congress, where Democrats still hold 59 percent of the Senate and 59 percent of all House seats, is no longer representative of America, if ever it was.

We have a center-left Congress imposing a minority ideology on a center-right country.

Obama has gotten the message. Thursday, doing a passable imitation of William Jennings Bryan, he ripped the Wall Street banks and endorsed "the Volcker Rule" to force Goldman Sachs and JPMorgan Chase to divest themselves of their hedge funds and stock-trading operations, or lose their protections as banks.

Panic is also evident in Harry Reid's caucus, where the Brown victory put in sudden doubt Obama's nomination of Ben Bernanke to a second term as chairman of the Federal Reserve. Sens. Russ Feingold and Barbara Boxer immediately bailed on Bernanke, as has Sen. McCain.

Liberals are asking why they should go to the wall to confer a second terms on a Fed chairman appointed by George W. Bush.

Reacting to the president's attack on the Street and the sudden peril to Bernanke's reappointment, the Dow went into a three-day dive that wiped out 5 percent of its value. Should Bernanke be rejected, it is said, the effect on Europe's markets will be like that on Europe's monarchs when news arrived that Louis XVI had gone to the guillotine.

Fine. But was not Ben in the wheelhouse when we hit the iceberg? And never saw it. In his first two years, did he not preside over an easy money policy that fueled the housing boom that created the housing bubble, the popping of which brought on the crisis from which the good professor has helped to save the republic?

If a snoozing camper's unattended fire sets Yellowstone ablaze, do we single him out for honor for alerting the Park rangers and leading a bucket brigade?

Paul Volcker, the Fed chairman who wrung inflation out of the economy to prepare the ground for the Reagan tax cuts, said of his harried successor, "Bernanke has been through a fire, and given the experience he has had, he's a lot more ... qualified than he was four years ago." Were Bernanke to be rejected, Volcker added, "I don't think that would be received well here or abroad."

But if rejection of Bernanke would cause turmoil in U.S. and world markets, what does that say about the real stability of the system? And is it not time we stopped treating the Fed as a holy of holies?

Against the euro, in the George W. Bush decade, the dollar lost close to half its value.

The dollar is the storehouse of our wealth. Has the Fed faithfully safeguarded that storehouse? Was it not Thomas Jefferson who taught us, "In questions of power let us hear no more of trust in men, but bind them down from mischief with the chains of the Constitution"?

Every monetary crisis is a result of Fed action or inaction, for the Fed controls the money supply. As Milton Friedman wrote in the book that won him a Nobel, the Fed's easy money fueled the market bubble that burst in 1929. In our time, the Fed fueled the dot-com bubble, the stock market bubble and the housing bubble. Bubbles appear when money is created faster than the supply of goods that money buys.

This populist uprising is a product of rage and revulsion at the Washington and Wall Street elites, the unindicted co-conspirators who created this crisis, neither of which has paid a price commensurate with what they did to the country.

Let this rebellion not end until all receive their just desserts, and we get real "change we can believe in."