Strong Men Are the New Nails

Pamela Garber
|
Posted: Jul 27, 2020 12:01 AM
Share   Tweet
The opinions expressed by columnists are their own and do not necessarily represent the views of Townhall.com. 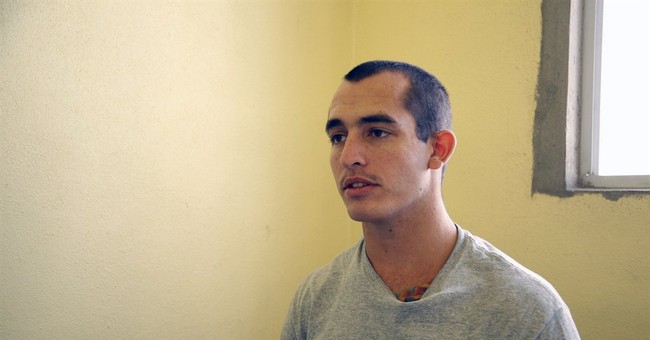 Leadership from strong men is slavery, newscast interviews with lawyers, academics, and mental health professionals tell us. "Toxic" is the new word for alpha. Masculinity, as with other pathological conditions, must be treated early – as early as possible. Treatment is unleashed in camp, school and recreation time in the neighborhood or at home. When the condition has been left untreated, teachers, medical doctors and psychologists must navigate a late diagnosis and implement treatment. Stat.

Carl Jung said that if all you have is a hammer, everything looks like a nail. The hammer now at hand is made of ideological commandments. These commandments become transparent only through dissecting them. Commandment One, Thou Shalt Not Have Conviction of Character is typically merged with Commandment Two - Thou Shalt Not Have Allegiance to Judeo Christian Values. Hammering hands hate conviction of character. Conviction of character causes independent thinking: the taking in of new information, assimilating the new data and forming conclusions based on the foundational fiber of one’s personhood, and finally, taking decisive action.

Our Men Are the First Target, But Women and Children Are Next

The nails to Jung’s hammer are us. We are the nails. We, Americans of White, Black, Hispanic, Asian and Muslim backgrounds are all participating on the American stage, a stage of freedom to partake in commerce and education. We are all equal – equally unequal. Equally unequal in terms of personal resources. Some people can sing, some have a photographic memory, some are energized worker bees with relentless stamina, some are nurturers. Equally unequal in terms of family resources. Some have loving, doting parents who teach them faith-based morality, kindness and boundaries. Some have familial wealth. And, some have poverty. Some have abusive family members, even their own parents. Others have no family at all, abandoned to the equally unequal playing field of independence by fire.

Within the invisible walls surrounding equally unequal people and their equally unequal backgrounds, some with home front advantages soar accordingly. Others crash. Some with tragic, violent backgrounds crash accordingly. Others soar. Within the walls are God’s living creatures – big and small. The front line of our species, the strong man is the first creature on the chopping block. Creative destruction is in play. Pest exterminators know that to kill all the ants in the house, you must find the queen. Gang leaders know that to kill the gang, you start with their leader. Being dulled cognitively and spiritually is a form of killing. The nucleus of American life is freedom. In America, freedom keeps us alive cognitively and spiritually. Kill our freedom, you kill our thoughts and spirit. Kill our thoughts and spirit, you kill us. You want to do this. You start with our men. You want to do this and have lasting effects – you get all of us – women and men, boys and girls – to do it for you.

Women in combat is another assault against men. Not that some women can’t be functional participants in combat – but do the benefits of their presence outweigh the consequences? No, they don’t.  It’s a given that corporate settings are a breeding ground for infidelity. Companies arm themselves with attorney authored human resource-driven employee policies against involvement between coworkers. Whether the stakes are literal life and death in military operations or the more common salary and benefits in business performance, biological drive, attraction, natural human impulse is sometimes a safe bet against logic, commitments and practicality. This is true for people in their forties and up. Such otherwise pragmatic people jeopardize marriages, child custody, careers and reputation, yet we ask 18 to 20-somethings, running on combat adrenaline, far from home to be beyond distraction. Distraction in combat is not the same thing as distraction in corporate sales meetings. Women in combat is another sophisticated snub at the men defending our freedom. Prioritizing female participation deems the mission and our men as expendable. And yes, the men know it.

In terms of day-to-day life in mainstream America, the military is viewed as a social justice finishing school. All of America can lament about Bruce Jenner’s identity battle, but where was the unyielding attention for Sergeant Andrew Tahmooressi, the Marine Corps veteran who was tortured in a Mexican prison? Why was this not an easy sell for the viewing population?

Some men fail to realize that the only permissible territory is the scenes in various commercials where men cower in corners with a stance like a nervous ostrich while children yell at them or teach them how to open a soda can.