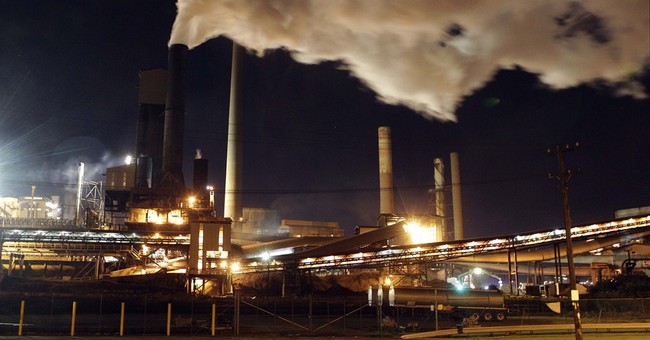 As the carbon-tax bandwagon gathers steam, some interesting enthusiasts are jumping on board. Last week, six major European oil and gas companies sent the U.N. a letter of support “because,” according to a New York Times editorial, “they realize something must be done.” But who exactly is steering this bandwagon, and who is being taken for a ride? Big energy companies win big from a carbon tax. What’s good for business is often good for society as well, and industry support for a policy is by no means an indictment per se. But here those gains would come at the expense of low-income households and long-term economic growth, while failing to achieve the environmental objectives set out to justify a tax in the first place.

How do companies that produce fossil fuels benefit from a tax on fossil fuels? First, they don’t end up paying it. Most economists expect nearly the entire cost increase to be passed directly on to consumers through higher prices. Second, for many fossil-fuel producers, the tax will increase rather than decrease their business. The largest energy companies are traditionally focused on oil and natural gas. Coal, representing 30 percent of global energy supply and the largest primary fuel for generating electricity, would be badly damaged by a tax. The biggest beneficiary of the damage would be natural gas, which emits less carbon dioxide and would thus face a lower tax. If higher oil prices push consumers away from gasoline and toward electric cars, the electricity for those cars can come from natural gas as well.

Passing costs on to others while maintaining—or even growing—sales will minimize any effects on the industry. Much of the benefit to fossil-fuel producers from a carbon tax will come from a third factor: a fine is a price. That insight is the title of a paper by Uri Gneezy and Aldo Rustichini analyzing changes in parent behavior at preschools that imposed fines for late pick-ups. Counterintuitively, fines made parents more likely to arrive late. The sense of guilt that had once motivated them to arrive on time was replaced by a sense of permission to pay for the extra minutes of child care.

For energy producers, and all users of fossil fuels, a similar dynamic is at work. If a carbon tax is established at a price that economists and policymakers agree compensates society for the potential dangers of climate change, then anyone who wants to pay the price is implicitly welcome to emit the carbon dioxide. The result would presumably not be an increase in emissions as it was with increased late pick-ups. But paying the tax buys legal, economic, and moral permission for the very activity that the tax is designed to discourage. Energy producers get this benefit without even bearing the burden of the tax.

For the rest of society, perhaps the worst problem with a carbon tax is that it is extraordinarily regressive. Because poorer households spend a much greater share of their income on energy than do wealthier households, the price increases created by a tax eat up a greater share as well. Economists from the Brookings Institution and American Enterprise Institute found that a $15-per-ton carbon tax would cost the bottom 10 percent of households more than 3.5 percent of their income, and most taxes under consideration are two to three times higher. That’s the equivalent of a new income tax of 10 percent for the lowest-income households and 2 percent for the highest-income ones.

A rebate could offset this regressive effect, but sending a monthly check to every American has problems of its own (not least of them the de facto establishment of a guaranteed income). Unfortunately, analyses also consistently show that the economic drag of a new carbon tax could be counteracted only if the revenues from that tax are used to reduce corporate income-tax rates. Take your pick: a carbon tax that hurts the poor or a carbon tax that slows economic growth. Most likely we’ll get a carbon tax that does a little bit of both.

The entire exercise is supposed to be in service of reducing carbon-dioxide emissions and averting climate catastrophe. But the carbon-tax proposals under discussion cannot achieve their emissions-reduction targets, let alone make a noticeable dent in global emissions. Even a global tax—a political non-starter—would fail to push oil and gas prices any higher than they already were several years ago, a time at which environmentalists were hardly sanguine about the future. But once businesses and consumers are paying the “right price” for their emissions, where will the case be for other action?

There are political points to score with a carbon tax, and profits to capture, too. But these won’t benefit society; they will come at its expense.