The Price America Is Paying for Rejecting God

Oliver North and David Goetsch
|
Posted: May 10, 2022 12:01 AM
Share   Tweet
The opinions expressed by columnists are their own and do not necessarily represent the views of Townhall.com. 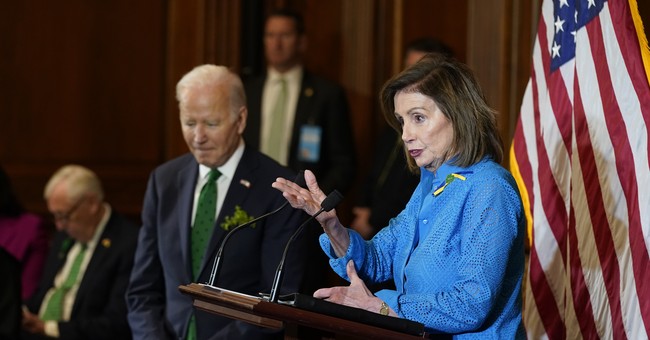 Joe Biden and Nancy Pelosi claim to be practicing Catholics, yet they and their fellow leftists have worked unrelentingly to drive God out of America's schools, government and public square. When Pelosi stands at the speaker's rostrum, a sign above her reads, "In God We Trust." With Biden as president, Pelosi as speaker and Democrats in control of Congress, that sign should read, "In Government We Trust."

The actions of the left would be easier to take if their consequences were limited to the left, but this is not the case. All Americans suffer as a result of their perfidy. Actions have consequences. The actions of the secular left in pushing God out of the culture have resulted in tragic consequences. This is the message in our new book "TRAGIC CONSEQUENCES: The Price America is Paying for Rejecting God and How to Reclaim the Culture for Christ" (discounted at faithfultext.com, also available wherever you buy books).

These tragic consequences have a lot of Americans wondering, "What is happening to our country?" The tragedies you see on the nightly news and read about in your morning newspaper are what happens in a country that rejects God. What you see all around you every day is what a Godless culture looks like.

Those who work ceaselessly to drive God out of society and then decry the predictable results are like the kid who pokes a wasp nest with a stick just for fun. They are fools. The cultural degradation darkening society did not happen by accident. It is the result of a concerted, decades long effort led by hypocrites such as Biden, Pelosi and Chuck Schumer.

It would be easy to place all the blame for the state of the culture on current government leaders and their leftist puppet masters, but that would not be accurate. While the left must accept much of the blame for the sad state of the culture, Christians must accept at least some of the blame. Why? Because rather than stand up and fight back against those who are determined to make America a Godless nation, too many Christians and too many churches have meekly stood by and let it happen in the name of being "seeker-friendly."

Too many churches have become Sunday morning entertainment centers rather than preparing members to carry out the Great Commission. Too few are expecting their congregations to be good stewards of the blessings bestowed on them, including living in the only nation on Earth founded on Christian values and biblical principles. Allowing the left to drive God out of our schools, government and public square is not good stewardship.

For this reason, in our new book we go beyond just asking Christians, "What are we going to do about it?" We also provide a blueprint for reclaiming the culture for Christ. That blueprint requires Christians to engage on six fronts: family, church, education, courts, politics and the public square. In future columns, we will explain what Christians must do on each of these fronts before it's too late.