How the Left Uses Fear to Control Your Life

Oliver North and David Goetsch
|
Posted: Jan 18, 2022 12:01 AM
Share   Tweet
The opinions expressed by columnists are their own and do not necessarily represent the views of Townhall.com. 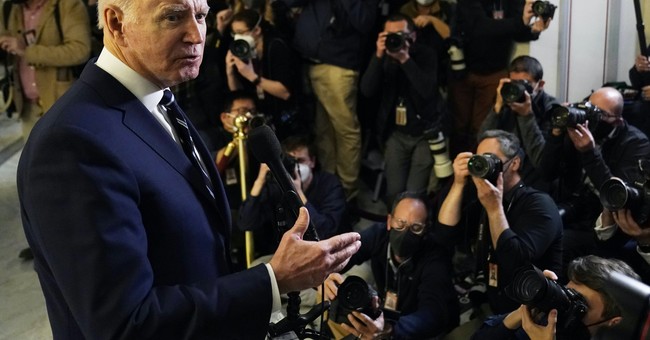 In our book "We Didn't Fight for Socialism," we warn of the left's overriding goal to control every aspect of our lives. The constitutional freedoms guaranteed all Americans are anathema to leftists. They want to control the government and use the government to control us. Their favorite tactic is fearmongering, creating panic and using it to convince Americans to give up their freedoms for the sake of security.

Rahm Emanuel, the quintessential leftist and chief of staff for President Barack Obama, made no secret of the socialist's nefarious methods when he said: "You never want a serious crisis to go to waste. And what I mean by that is an opportunity to do things that you think you could not do before." The kinds of things Emanuel refers to include convincing naive citizens to surrender control of their lives to the government.

Emanuel was honest about the left's methods if not their intentions. What he should have said but didn't was: "If there is no crisis, invent one." This is precisely what President Joe Biden and his leftist puppet masters did with the COVID-19 pandemic. The previous administration left the country in such good shape, Biden and the Democrats found themselves with no crisis to use for their scheming purposes. Lacking a legitimate crisis, Biden and "progressive" Democrats manufactured one.

The COVID-19 pandemic gave the ideologues who control Biden the supposed "crisis" they needed to institute unconstitutional mask and vaccine mandates. Thankfully, the mandates are being challenged in court by Americans who value freedom more than a false sense of security offered by the government. Dissatisfied by creating unwarranted fear of the virus, the president and his cronies added losing one's job for refusing vaccinations and being attacked as an "anti-vaccination neanderthal" to their list of threats.

--The government and large corporations have for decades engaged in a systematic process of "grooming" Americans to be susceptible to irrational fears.

--Without fear, the government cannot rob individuals of their constitutionally guaranteed freedoms.

--The underlying intention of the left's fearmongering is to create and nurture a sense of dependency on government.

If the Biden administration and far-left Democrats were interested in public health instead of government control, they would use encouragement, incentives, leadership and trustworthy data rather than fearmongering to increase the percentage of Americans who accept the vaccinations.

When Franklin Delano Roosevelt became president in 1933, he inherited a nation gripped in fear because of the Great Depression. Banks were failing, tens of thousands of unemployed Americans stood daily in bread lines and the nation's top investors faced financial ruin. In the middle of this real crisis, FDR uttered the most famous line of his four-term presidency: "The only thing we have to fear is fear itself."

Had Biden quoted his fellow Democrat president in responding to the COVID-19 pandemic, his words would have been prophetic. Instead, he copied FDR's actual response. In reacting to the depression, FDR ignored his own words and set the country on a course continuing to this day: respond to crises, real and imagined, by instituting new government programs and controls.

We give Benjamin Franklin the final word on surrendering freedom for the sake of security. In 1755, he and his colleagues in the Pennsylvania Assembly challenged the colony's Biden-like, royal governor with these words: "Those who would give up essential liberty, to purchase a little temporary safety, deserve neither liberty nor safety." We agree.