Oliver North  |  Dec 18, 2009
The opinions expressed by columnists are their own and do not necessarily represent the views of Townhall.com.
Top Columns
Trending on Townhall Media 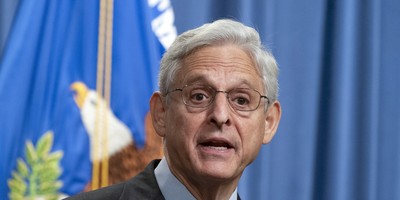 WASHINGTON -- Federal Reserve Chairman Ben Bernanke is Time magazine's "Person of the Year." Twelve months ago, the "honor" went to then-President-elect Barack Obama. Notably, the 1932 recipient was President-elect Franklin Delano Roosevelt, who asserted in his March 4, 1933, inaugural address, "The only thing we have to fear is fear itself."

Mr. Roosevelt went on to describe the economic anxieties of millions left jobless in a deepening depression as "nameless, unreasoning, unjustified terror which paralyzes needed efforts to convert retreat into advance." He then served notice that if the "national emergency" required it, he would "ask the Congress for the one remaining instrument to meet the crisis -- broad executive power to wage a war against the emergency, as great as the power that would be given to (him) if we were in fact invaded by a foreign foe."

Viewing the grainy black-and-white film of FDR's first of four inaugurals, it is easy to get caught up in his measured, articulate delivery. It is much like watching Mr. Obama before a teleprompter. Reading FDR's words today, more than 76 years after they were spoken, is very scary stuff.

Mr. Roosevelt's masterful exploitation of "fear" masks his blueprint for a vast expansion of federal control over the day-to-day lives of ordinary American citizens. It worked. Well before U.S. involvement in World War II, FDR was granted unprecedented power to preside over a federal bureaucracy that grew more than tenfold in size, expense and authority.

Apparently, Mr. Obama and his cronies in Congress have studied the FDR playbook carefully. Last week, the president admonished Republicans to "stop trying to frighten the American people." But a careful review of the record reveals that it isn't the GOP that has been sowing alarm. "Fear" has been the political staple of the O-Team since the 2008 presidential campaign -- and even more so since the election.

On Nov. 9, 2008, less than a week after the ballot, Rahm Emanuel, Mr. Obama's designee to be White House chief of staff, told us: "Rule one: Never allow a crisis to go to waste. They are opportunities to do big things." It is a prescription that has been followed carefully to justify government intervention, e.g., the takeovers of private financial institutions, the auto industry, America's health care system and even global "climate control."

Nine days after his inaugural address, the president said: "These urgent dangers to our national and economic security are compounded by the long-term threat of climate change, which, if left unchecked, could result in violent conflict, terrible storms, shrinking coastlines and irreversible catastrophe."

On Feb. 4, speaking of the urgent need to "stimulate" the economy through massive government spending and debt, Mr. Obama told us: "We know that even if we do everything we should, this crisis was years in the making, and it will take more than weeks or months to turn things around. But make no mistake: A failure to act -- and act now -- will turn crisis into a catastrophe and guarantee a longer recession, a less robust recovery and a more uncertain future. Millions more jobs will be lost. More businesses will be shuttered. More dreams will be deferred."

Five days later, in Elkhart, Ind., he warned of dire damage if he was not given "the tools" he needs to "fix" our problems: "Economists from across the spectrum have warned that if we don't act immediately, millions of more jobs will be lost. The national unemployment rates will approach double digits, not just here in Elkhart, all across the country. More people will lose their homes and their health care. And our nation will sink into a crisis that at some point we may be unable to reverse."

By June 17, the president was hyping the catastrophic consequences of failing to enact more onerous government controls on the U.S. economy: "Millions of people have had their lives profoundly disrupted by developments in the financial system, most severely in our recent crisis. These aren't just numbers on a ledger. This is a child's chance to get an education. This is a family's ability to pay their bills or stay in their homes. This is the right of our seniors to retire with dignity and security and respect. These are American dreams, and we should not accept a system that consistently puts them in danger."

The presidential fright-mongering continues unabated. On Sept. 9, he boldly promised a joint session of Congress, "I will not sign a plan that adds one dime to our deficits." He then threatened: If we do nothing, "our deficit will grow. More families will go bankrupt. More businesses will close. More Americans will lose their coverage when they are sick and need it the most. And more will die as a result."

Evidently, it's even worse than he thought. On Dec. 16, Mr. Obama told a television audience that if his "health care bill" doesn't pass, "the federal government will go bankrupt" and that "health care costs are going to consume the entire federal budget."

Compared with Barack Obama, FDR was a piker in the panic and dread department. Time magazine needs a new category. "Person of the Year" is inadequate for a Nobel laureate with this kind of trepidation. Mr. Obama should be named "Man of the Fear."