Report From a Forgotten War (2nd in a Series) 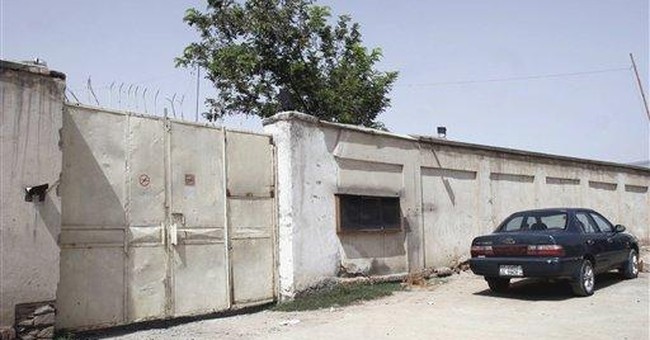 CAMP BASTION, HELMAND PROVINCE, Afghanistan -- This British-built fortress, perched on a plateau in southwestern Afghanistan, is well-named. Surrounded by miles of open desert, the citadel has its own concrete runway, water supply, sewage, electricity, Level 3 trauma hospital, even fire mains -- all constructed in the past 30 months. The heavily armed camp is home to British, Danish, Estonian and Czech troops of the International Security Assistance Force. It's also home to Task Force 2/7 -- built around the legendary 2nd Battalion, 7th Marine Regiment, out of the Marine Corps base in Twentynine Palms, Calif. -- a good place to prepare for this austere terrain and oppressive heat. Camp Bastion is an outpost of sanity in an otherwise insane part of the world.

Helmand province is the heartland of the Taliban -- the Islamic radicals who won a bloody civil war to rule Afghanistan in 1996. Once in power, the Taliban imposed strict Shariah law and brutalized the largely impoverished Afghan population. Taliban leaders also provided a haven for Osama bin Laden's al-Qaida to launch the 9/11 attacks. In November 2001, when they were deposed by the U.S.-backed Northern Alliance, many of the Taliban fled south to Pakistan and east to Iran. This spring, they came back -- intent on overthrowing the democratically elected government of President Hamid Karzai. That's when the Marines of TF 2/7 arrived "in country" to train and mentor Afghan army and police forces.

It's been a challenging assignment for the 1,300 Marines, sailors, soldiers and airmen of TF 2/7. The unit's area of operations is more than 28,000 square kilometers -- roughly the size of Vermont. There is only one paved highway. Overland transport to some of the 15 forward bases and combat outposts where TF 2/7 operates often takes more than 24 hours of continuous day and night movement. Until this week -- when four CH-53 transport helicopters and four Cobra gunships arrived, the task force had to rely on NATO aircraft for close air support, aerial resupply and casualty evacuation. Parachute drops of food, water and ammunition are regular events.

Before they could train their first Afghan soldier or national policeman, the Marines had to fight their way into the districts where they were to do the mentoring. Since then, they have had to battle the Taliban to keep their overland supply lines open. Lt. Col. Richard Hall, the task force's commander, describes the nearly nonstop gunfights, indirect fire and improvised explosive device attacks as "a very dynamic, complex and often hostile environment." That's putting it mildly.

Because there were no police stations or Afghan army units in most of the remote districts where TF 2/7 is operating, the Marines had to construct their own security outposts -- a herculean effort, given the lack of paved roads and primitive infrastructure. As Lt. Col. Hall puts it: "We have had to simultaneously fight the Taliban, build more than a dozen defensive strongpoints, train new Afghan National Police and conduct civic-action programs to win over the local population, and we're doing it. Our motto, 'Ready for all, yielding to none,' says it all."

He's right. Though his Marines and Navy medical corpsmen have suffered more than 100 casualties from enemy action since they arrived, they have confronted the Taliban, unrelenting heat, innumerable exhausting patrols wearing 40 pounds of armor, and persevered in the roughest living conditions I have experienced since Vietnam. More than half the task force has served previously in Iraq or Afghanistan -- some in both. Yet the unit's re-enlistment rate is 118 percent -- among the highest in the U.S. armed forces.

To link up with Company F 2/7 at Forward Operating Base Now Zad, we flew from Bastion aboard a British CH-47 Chinook helicopter with a sling load of ammunition. As they have since arriving at Now Zad, the Marines and their British counterparts patrol day and night to keep the enemy off-balance in this Taliban stronghold. Capt. Ross Schellhaas, the "Fox Company" commander -- and the son of a Naval Academy shipmate -- says, "Nothing in the field manuals could fully prepare us for this, but we adapt and overcome." And they have.

Because enemy contact has been so intense and casualty evacuation so tenuous, F Company has its own shock trauma platoon -- headed by Cmdr. James Hancock, a U.S. Navy surgeon. To ensure that the wounded receive immediate lifesaving treatment, he and his corpsmen mounted a steel container on the back of a flatbed truck and outfitted it as a mobile operating room. The "doc in a box" already has saved more than a half-dozen lives. When I asked Dr. Hancock whether his battlefield innovations are being adopted as "doctrine," he replied, "Not yet, but I'm working on it."

That pretty much sums up how these young Americans have responded to this difficult mission in Afghanistan: with tenacity, selfless bravery and resourcefulness. And that's why Sgt. Maj. Matthew Brookshire, the senior noncommissioned officer in Task Force 2/7, calls his Marines "the quiet professionals."