The Islamic State Sets Its Sights on Egypt 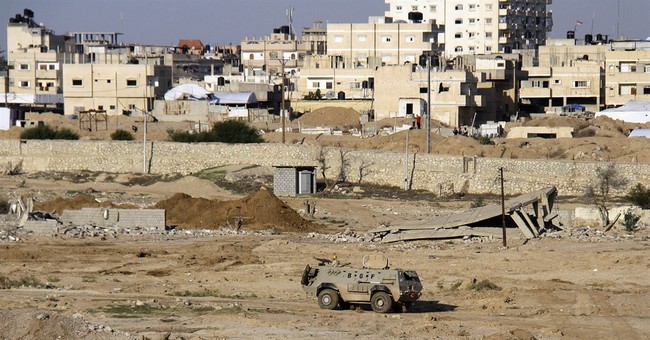 Pakistan: Update. The Ministry of Interior rejected a request by former president Musharraf to travel to Saudi Arabia to pay respects to the late King Abdallah.

Comment: Musharraf remains on the Ministry's Exit Control List (ECL) because of the multiple court actions against him, including treason. A court ordered his name placed on the ECL. The government is serious about bringing him to trial.

Pakistan-US: Pakistani officials and analysts continue their criticism of the US President's deals with India. At a press conference today, foreign ministry spokesperson Tasnim Aslam warned about the implications of the 10-year US-India defense agreement.

Aslam said that "on the conventional side, India's massive acquisition of weapons further complicates regional strategic stability" as India's defense spending had increased by 12 per cent in 2014-15 and stands at US $38.35 billion. (Pakistan's defense budget for 2014-2015 is about US $6.9 billion.)

"India has been the top buyer of arms for the last three years. In this backdrop, the US-India 10-year defence agreement can only add to the conventional asymmetry and hence strategic instability," she said.

The media spokesperson also reported that Chief of Army Staff General Raheel Sharif was in China during the US President's visit to India. The Chinese reportedly promised Pakistan "cooperation in all respects." Aslam said that Pakistan attached great importance to its relations with Beijing because China was a source of peace and stability in the region.

Punjab Province Governor resigned. Pakistan Punjab Province Governor Chaudhry Sarwar resigned on Thursday following a conversation with Prime Minister Nawaz Sharif over his public statements about the government's foreign policy. He said, "Obama's visit to India is a failure of the Pakistan government. The second visit of Obama to India is Pakistan's big failure on foreign affairs front as it should have arranged his visit to Pakistan."

Other reactions by Pakistan included sending messages of moral and diplomatic support to the Kashmiri militants. A Pakistani senator said that Pakistan's historical mistake was to develop close ties to the US and to ignore Russia.

Comment: Over the years, Pakistan has bought or built as many weapons as it could afford in trying to maintain what analysts like to call a balance of power with India. In fact, it has always been an imbalance of military power and resources in favor of India. The main correctives to the imbalance have been Pakistan's nuclear weapons and missile delivery systems and the threat that Chinese forces could compel India to fight on two fronts.

The Indian Army still expects a reckoning with China over China's invasion of India in 1962. It reportedly has plans to fight on multiple fronts because Army strategists judge that the Pakistan Army essentially would be a Chinese proxy in a future India-China conflict.

Pakistan's outreach to Russia for arms needs someone to bankroll it for it to develop beyond selected items, such as helicopter gunships. It is not a major concern, but the Pakistanis did flash it to show they have arms purchasing options other than the US. The Russians, however, prefer cash.

Potentially the most troublesome of the reactions is the implied threat of increased instability in India's Jammu and Kashmir State. Unrest in Kashmir ties down tens of thousands of Indian security forces even when the situation is relatively benign. Militant bases are in Pakistani Kashmir.

Israel-Hizballah: Israeli press reported that the government had received a message from UNIFIL, the UN peacekeeping force in Lebanon, that Hizballah was not interested in further escalation on the Golan Heights.

Israel reportedly sent the message "that it will make do with what happened yesterday and it does not want the battle to expand."

Asked on Israel's Army Radio whether Hizballah had sought to de-escalate, Defence Minister Moshe Yaalon said: "There are lines of coordination between us and Lebanon via UNIFIL and such a message was indeed received from Lebanon."

UNIFIL officials did not confirm or deny passing messages between Israel and Hizballah.

Comment: News analysts opined that Hizballah is too preoccupied by its operations in Syria to open a new conflict with Israel. That appears to be accurate.

Nevertheless, there remain the unanswered questions about the Iranian general that died from the Israeli military action on 18 January. Yaalon told the press that the Iranians were working on building a terrorist infrastructure for a future confrontation with Israel.

The Iranians have not said what their intentions are, beyond threatening revenge for the general's death.

Egypt: A series of coordinated terrorist attacks in North Sinai and Suez provinces killed at least 27 people and injured more than 100. The attackers used a car bomb and mortar fire to attack the headquarters of the North Sinai security directorate in el Arish, a nearby army base, a hotel and several security checkpoints.

The Egyptian wing of the Islamic State of Iraq and the Levant (ISIL) claimed responsibility for the attack.

Comment: Most Egyptian commentators linked the attack to the celebrations on the anniversary of the uprising that led to the overthrow of Mubarak in 2011. ISIL's claim of responsibility probably means that the group Ansar Bayt al-Maqdis performed the attack. It is a deadly militant group that swore allegiance to ISIL last year.

Despite a concerted security campaign, Egyptian forces remain unable to prevent well-planned and well-executed attacks. This is the first major attack of 2015. The dispersion and timing of the attacks suggest new terrorist capabilities that pose significant challenges for Egyptian forces.

Terrorist targeting of facilities at opposite ends of the Suez Canal represents a significant threat. Attacks in Sinai may be used as feints for more serious attacks along the Canal. The construction of the second canal compounds the security challenges and the risks.

Nigeria-Chad: Chadian forces drove Boko Haram militants from the town of Malumfatori/ Malamfatori in north-eastern Nigeria, a senior official from Niger told the press. The reported capture of the town, which lies near the borders of Chad and Niger, follows two days of fighting. Both ground and air forces are reported to have been used in the assault.

Comment: Malumfatori is one of Nigeria's most remote border towns in the northeast, about six hours drive mostly on desert dunes from Maiduguri.

This is the first reported operation by Chadian forces in Nigeria. Nigerian officials said that Chadian forces would provide assistance, as part of the Multinational Joint Force that had been based at Baga. Chadian combat forces now operate in Nigeria and Cameroon.

This is not the first action at Malumfatori. In July 2013, Boko Haram fighters captured the town, but Nigerian forces ousted them.

At that time the Deputy Governor of Borno state said the Nigerian military had full control of Malumfatori and have made the area safe for the return of thousands of refugees who fled to Niger. Boko Haram recaptured it again last November.