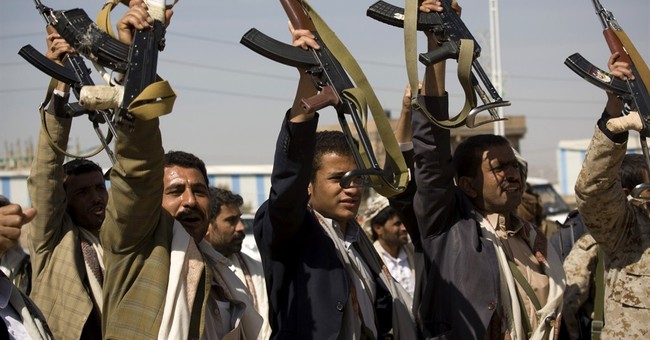 Yemen: The security situation in Sana'a is unstable. Although the Hadi government denies that a coup has occurred, the facts indicate the al-Hadi government controls a few buildings in Sana'a .The Shiite militias control the rest. Nine people were killed and 90 wounded in Monday's clashes before a ceasefire came into effect.

According to Yemen analysts, the Houthis want more rights for the Zaydi Shi'ite sect and say they are campaigning against corruption. The Houthis said on Monday they would escalate the situation if their demands in a dispute over a draft constitution were not met.

Comment: Cumulatively, news service reports indicate that the government in Sana'a operates only as the Houthi rebels allow. News services are reluctant to describe the weekend actions as a coup d'état, but the effect is nearly the same. Most of Sana'a and the northern parts of Yemen have fallen to a Shiite proxy of Iran, the Houthis.

The Houthis say they will leave Sana'a after they are assured of Houthi rights in the new constitution. In the NightWatch experience, those kinds of statements are never credible.

NightWatch invites feedback on the underlying issues, but we judge they are almost certainly not the terms of a new constitution. Yemen is a failed state. Our suspicion is that Iran has larger plans for its Houthi proxy and for Yemen, but the nature of those plans is not clear.

Libya: Armed factions declared a partial ceasefire last week, but it did not hold. Rivals accused each other on Monday of renewed attacks near the country's largest oil port. There also were reports of clashes west ofTripoli.

Comment: The driving factor in renewed fighting appears to be control of oil exports and access to oil revenues. As noted in a previous edition of NightWatch, the parties who agreed to a ceasefire do not control the fighters. The diplomats have no authority to bind the fighting groups. Libya has devolved to a pre-World War II region of tribal territories.