Yes, North Korea Has an Internet... And it Crashed on Monday 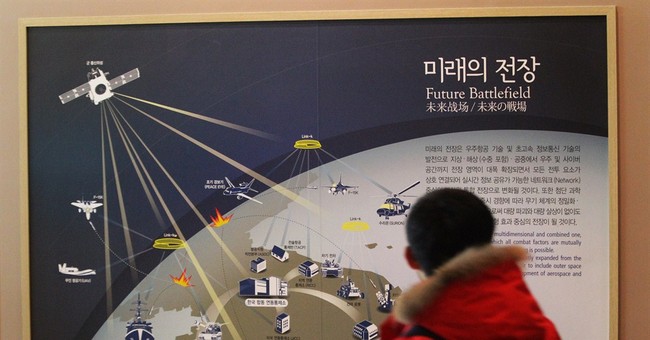 North Korea: News services reported North Korean access to the internet was totally down. One internet expert said that North Korea has left the global internet. Another expert said that his company noticed denial of service attacks and internet outages began on Saturday and got progressively worse until access ended on Monday.

Comment: One expert remarked that a 15-year old internet geek could knock North Korea off the internet because its access is so limited. North Korean outages are not as rare as in other countries. Additionally, they inconvenience the North Korean leadership and communist party elite because they are the only people allowed computers.

Radio and television broadcasts are the most important mass communications media in North Korea. They operated normally.

Sites that were inaccessible included the Korean Central News Agency; Rodong Sinmun, the Party daily; and Air Koryo, the national airline. Websites based in China and Japan remained accessible

During this Watch, North Korean websites resumed normal operations on the internet. North Korea has made no comment about the outages.

The US ambassador used the vote as an excuse to blame North Korea for the hacking attack on Sony Pictures Entertainment, conflating hacking with torture and other systemic and systematic human rights abuses.

Comment: While the Chinese and Russian delegations voted against a debate on the General Assembly resolution, neither blocked it entirely.

Pakistan: The government announced that 500 more terrorists on death row are to be executed. " The Interior ministry has finalized the cases of 500 convicts who have exhausted all the appeals, their mercy petitions have been turned down by the president and their executions will take place in coming weeks," according to a senior government official.

Comment: The government is sending a strong message to ethnic terrorists that Pakistani children are off limits as targets. Pakistan has hanged six terrorists since the Prime Minister lifted the moratorium on capital punishment for terrorism.

Pakistani security forces killed 35 anti-government militants on Saturday. One report claimed the dead included the mastermind for the Peshawar murders. The most important operations in the past week have targeted the facilitators and planners of the Peshawar massacre. A total of 70 terrorists have been killed in the past week in the area near Peshawar which includes Khyber Agency.

Ukraine: Ukrainian President Petro Poroshenko announced the pending resumption of peace talks aimed at settling the crisis in Ukraine. He made the announcement after phone conversations with the leaders of Russia, Germany and France.

The Ukraine Contact Group will meet in Minsk, Belarus, on 24 December and on 26 December.

The four leaders also "agreed to continue phone consultations in a few days," Poroshenko said. They emphasized the need to fulfill terms agreed on in September, including the "withdrawal of troops and heavy armament, as well as immediate liberation" of all prisoners.

Representatives of the separatist Donetsk People's Republic also said they are ready to take part in the talks.

Comment: The latest ceasefire appears to have succeeded in reducing the level of violence. Consequently, the atmospherics for talks are more positive than they were in September. The pressure on Russia resulting from sanctions and the collapse of the oil marketalso appears to have had a positive effect in promoting willingness to settle the Ukraine crisis.

Comment: Most information indicates and most analysts judge that Tunisians voted for the secular old regime they knew rather than the Islamists whom they learned about during their brief interregnum after 2011. Essebsi was an official in the government of ousted leader Ben Ali. In a choice between two types of authoritarian regimes, they chose the more European-style, secular form.