Russia Demands Kyiv Give In to Ukrainian Rebels 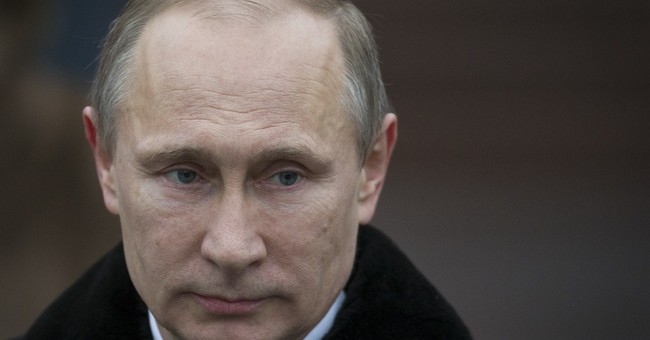 China-Iraq: According to press reports, Iraqi Foreign Minister Ibrahim al-Jaafari said China has extended an offer to help Baghdad fight the takfiri Islamic State of Iraq and the Levant (ISIL) militants by carrying out its own airstrikes against the terrorists.

Jaafari stated that his Chinese counterpart Wang Yi made the offer during a UN anti-terrorism meeting in New York back in September, but Beijing would not join the US-led military coalition against ISIL.

"Mr. Wang said, our policy does not allow us to get involved in the international coalition…I welcomed this initiative. I told him... we are ready to deal with the coalition and also co-operate with countries outside this coalition." Jaafari supposedly told Wang that, "Our problem is with the supply of arms and weaponry."

China's Defense Ministry declined to comment. Foreign Ministry spokesman, Hong Lei said that Wang had told Jaafari during their meeting at the UN that China backed Iraq's efforts to strengthen its ability to fight terror via intelligence exchange and personnel training. He refused to comment on whether China would supply support or missiles to Iraq.

"China has been fighting terrorism and has been providing support and assistance to Iraq, including the Kurdish region, in our own way, and will continue to do so within the best of our capabilities," Hong told the press.

Comment: The media spin on Jaafari's statement is exaggerated. Either Jaafari deliberately misstated his exchange with Foreign Minister Wang Yi or something got lost in the translation.

There is no likelihood that China will support Iraq by carrying out airstrikes. The Chinese version of the exchange indicates Foreign Minister Wang gave encouragement to the Iraqi Foreign Minister. That statement might be the source of a bad translation. There are other possible explanations, but the statements by Jaafari do not square with well-established Chinese policies.

Syria: On Monday, fighters from the al-Nusra Front, supported by the Jund al-Aqsa, captured the Syrian army base at Wadi al-Deif after a two day fight. They pursued government forces southward to Hamidiya, where Ahrar al-Sham joined the fight to push government forces farther south.

The two locations are near the town of Maarat al-Numan and next to a main north-south highway. Press sources reported they had been surrounded since 2012, but had managed to repel rebel attacks until this week.

The Syrian Observatory for Human Rights, a UK-based group, said at least 31 government soldiers and 12 fighters from al-Nusra and Jund al-Aqsa died in the fighting.

Comment: If al Nusra Front and its allies can hold the bases, this would be the first successful operation by the pro-al-Qaida affiliate in months. Press analysts said that rebel groups now control much of the countryside around Idlib, the capital of Idlib Governate. The loss is not a disaster for the government, but it probably will require the Syrian army and its allies to execute an operation from the south to keep the road to Idlib clear.

Russia-Ukraine: In a press interview published today, Russian Foreign Minister Lavrov said Ukraine needed a constitutional reform "with the participation of all regions and all political powers" that would allow the two regions in rebellion to remain part of the country.

Lavrov blamed Kyiv for forcing the eastern regions out of Ukraine by refusing to give them more autonomy. "I very much hope that the steps that the Ukrainian leadership is taking, provoking the tearing-away of Donbass (i.e., the two regions in rebellion), will end." He also said he hoped that Kyiv's policy will change toward establishing dialogue with Donbass in order to work out the agreements that will allow all Ukrainians from all the regions to live in Ukraine with equality and respect."

Comment: Russian leaders have not encouraged secession by the Donetsk and Luhansk regions, at least not openly. They have not recognized their independence referenda nor encouraged them to believe the regions could join the Russian federation, like Crimea. Russian military assistance has been sufficient to enable the regions to hold off Ukrainian forces, but not enough to enable them to secede.

Lavrov's comments are the clearest recent statement of Russian policy and of Russia's vision of an acceptable end game. The Russians have been consistent in encouraging Ukraine to amend the constitution to allow greater local autonomy, but have been vague about the political relationship between the government in Kyiv and the regimes in Donetsk and Luhansk.

Lavrov's remarks suggest that Russia does not want Ukraine to fragment, at least not at this time. His statements do not foreclose a change in policy in that the Russians judge the burden is on Ukraine to create conditions for a peace settlement.

The regimes in Donetsk and Luhansk might bridle at Lavrov's statements for denying them recognition, but the governments in Kyiv and the Baltic states might take some comfort that Moscow does not now appear to be seeking to break up Ukraine.

NightWatch is brought to ukraine

readers of Townhall Finance by Kforce Government Solutions, Inc. (KGS), a leader in government problem-solving, Data Confidence® and intelligence. Views and opinions expressed in NightWatch are solely those of the author, and do not necessarily represent those of KGS, its management, or affiliates.