Egypt Steps Up Against Gaza Strip 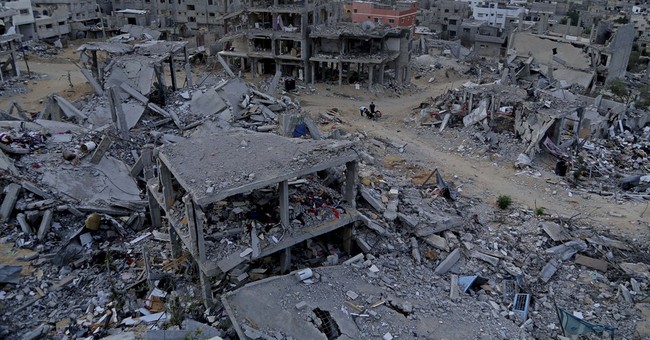 Japan-North Korea: Japan's Prime Minister Shinzo Abe said North Korea pledged to investigate the abduction of Japanese nationals without regard to the outcome of previous probes. But Pyongyang failed to provide detailed information on abductees.

Abe made the remarks after a briefing by special emissary Junichiro Ihara upon his return from Pyongyang. Ihara led the Japanese delegation in talks with North Korea's Special Investigation Committee in Pyongyang.

A Japanese official said the North Korean committee offered no specific information about the abductees. It claimed it needed more time for its investigation.

Comment: The obvious conclusion is the North Koreans are not inclined to honor the commitment they made last July. The usual motive for this kind of North Korean behavior is the Japanese did not offer an adequate bribe or other incentives for the North. Many analysts indulge political theories, but a dispute over money almost always explains North Korean reneging with a promise to do better next time. That is language that invites a better offer for better performance. They promise to work faster if they get paid better.

Egypt: Local media reported yesterday that Egypt already has begun ordering forced evacuations and demolishing homes in the buffer zone Egypt is creating along the border of the Gaza Strip.

Comment: The initial reports tend to confirm that Egypt finally is serious about controlling smuggling and tunneling from Sinai into the Gaza Strip.

Burkina Faso: The armed forces announced and began to implement emergency measures today one day after protestors burned the parliament building and other government buildings. An English translation of the emergency proclamation follows.

"Mindful of the need to preserve the country from all chaos and to guarantee national unity and cohesion, the Chief of defense staff of Burkina Faso hereby informs the people, and national and international public opinion about the following provisions:

The National Assembly is dissolved."

"The Government is dissolved."

"A provisional body shall be set up in consultation with all the active forces of the nation in view of preparing the conditions for a return to a normal constitutional order within a period not exceeding 12 months."

"A curfew is instituted throughout the national territory with effect from today from 1900 GMT to 0600 GMT in order to preserve the security of goods and persons."

"The chief of defense staff presents his condolences to the families of victims and appeals for calm and restraint to the entire population of the cities and countryside of Burkina Faso and urges them to carry on with their activities in calm and serenity."

Comment: The demonstrators were protesting President Blaise Compaore's attempt to modify the constitution so that he could remain in office. He has been President for 27 years.

The emergency measures did not announce who heads the interim government. This looks like a coup d'état, but Compaore remains President. It also is unclear why a new constitution needs to be crafted. The entire episode looks contrived.

BBC analysts wrote that poor economic conditions drove the protests. Over time, the persistent failure of the government to satisfy economic needs and wants converted economic hardship into political, self-help activism. That is a normal pattern.

The demonstrators called for Compaore to resign. That represents a significant benchmark in the metamorphosis of economic stress into political stress. The call for the president to resign means that the government no longer can satisfy the demonstrators by implementing measures to redress economic grievances. The process of change already has passed that point.

Some form of crackdown, thus, became necessary to restore order. In most countries with similar problems, a police crackdown would precede military intervention in order to try to solve the problem at the lowest cost. The failure to call out the police and paramilitary police is a strong indicator that the military intervention was planned in advance and is part of some scheme for Compaore to remain in office. More protests are likely.