Afghanistan is Giving Up on Democracy 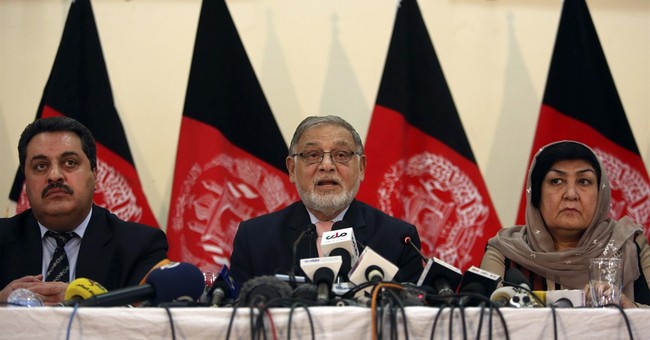 North Korea- South Korea: The Asian Games began in Inchon, South Korea, on 19 September and will run through 4 October. North Korea has fielded a team of about 150 athletes, but left behind its 350-strong cheerleading team because of South Korea's "bad attitude." The North's top media outlets have been extolling the two gold medals won by North Korean weightlifters. Both men already were world record holders in their weight categories and broke their own records.

Comment: The North is basking in the international spotlight and is boasting about its superior system, instead of issuing provocations and insults. The Korean Peninsula is enjoying a period of calm.

Afghanistan: Over the weekend, the two presidential candidates, Ashraf Ghani Ahmadzai and Abdullah Abdullah, reached an agreement on forming a national unity government that has temporarily broken the political deadlock.

According to the agreement, Ashraf Ghani will be president, while runner-up Abdullah Abdullah will nominate a Chief Executive Officer (CEO) who will have powers similar to those of a prime minister.

Comment: By agreement between the two candidates, the commission did not use the word "winner" in the announcement and left out the vote count numbers. One news service reported that the final outcome of the vote, after disqualifications, was a difference of 3% in favor of Ghani, vice 13%, which was the unofficial margin of victory announced in June.

The agreement nullifies the real outcome of the popular vote, tends to encourage voter fraud and undermines democracy by making the vote not count in the management of the government. It also undermines the constitution because it makes government changes based on no legal precedent or authority.

Afghanistan has a president, but it might not have a working government. Ashraf Ghani said on several occasions that he would not share power were he declared the president. He also will inherit a presidential system from Karzai in which there is no CEO. In that system, the head of the parliament is elected by the winning party. In this case, it is to be done by the losing party. Afghanistan has no political roadmap for a President and a CEO.

This arrangement is subject to the will or whimsy of the new president, as to whether he will follow it. There are no provisions for handling violations, just like the past two national unity government agreements. Once Ghani is sworn-in as president, only the threat of violent protests might induce him to adhere to it for a while. The political crisis has entered a lull, but it is not ended.

Yemen: The Houthi rebels said they have taken over government headquarters, key ministries and the offices of the state broadcasters in Sana'a. The latest fighting and seizures occurred despite a truce announced on Saturday by a UN diplomat. Envoys from the government and the Houthis evidently agreed to the truce, but their principals have not signed it.

The renewed fighting on 21 September prompted prime minister Basindwa to offer his resignation to facilitate a settlement agreement between the Houthis and President Hadi.

Comment: The resignation of the prime minister and his government is one of the Houthi demands. Significant by its absence is the army, which has an armored division garrisoned in Sana'a. Supposedly it is sympathetic to the Islamists whom the Shiites Houthis oppose. The President apparently is trying to avoid destruction and casualties in handling the rebels. Those contributed to the forced resignation of Hadi's predecessor, Saleh, in 2012.

Ukraine: On Saturday, in Minsk, Belarus, the Organization for Security and Cooperation in Europe (OSCE) brokered a nine-point agreement to de-escalate the conflict in eastern Ukraine. Its provisions include a halt to all military activity along the ceasefire lines and within 24 hours a withdrawal of artillery and rockets to positions out of range of each other. This would create a 30-km buffer zone between the forces. Both sides agreed to remove land mines and to halt aircraft and drone overflights. They also agreed to withdraw foreign forces and foreign military equipment.

The OSCE would monitor the ceasefire and the buffer zone.

Comment: All parties to the talks agree that the ceasefire is holding. The head of NATO called it a ceasefire in name only. In fact, it is honored more in the breach because both sides report clashes or firing near the major cities of eastern Ukraine. The costs of the fighting, especially the wider economic ripple effects in Europe, slowly are bringing this crisis to an awkward close, but it has not happened yet.

Nigeria: Boko Haram terrorists also attacked a rural market in Mainok. Authorities said 23 civilians and 13 terrorists died in the fighting on Saturday. Mainok is located some 56 km (35 miles) outside of Maiduguri, the capital of Borno state.

Comment: The Nigerian reports did not identify who killed the terrorists at Mainok. Local armed resistance is a positive development in an otherwise negative security trend. The performance of the Cameroonian Army and security forcesremains a positive trend.