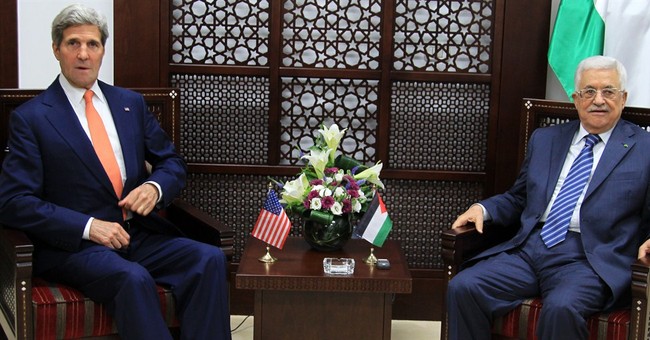 Afghanistan: In Kabul on the 22d, a Taliban suicide bomber killed at least four foreign security guards. The victims, three from Nepal and one from Peru, were guarding the entrance to buildings used by DynCorp within a fortified compound run by the Counter Narcotics Police of Afghanistan, according to Sayed Mahdi Kazemi, a police spokesman.

Comment: This had to be an inside job because the DynCorp facility is inside multiple checkpoints in a layered arrangement. The outer layer is manned by Afghan police guards, none of whom were casualties. The Nepalese, who man the inner guard posts, were most likely retired Ghurkas.

The bombing makes the statement that no one anywhere is safe in Kabul. It also seems to encourage the departing western military forces to take their contractors with them. Finally, it fits an emerging pattern of sensational attacks that exploit the political leadership vacuum resulting from the delay in announcing a new president because of the voter fraud audit.

The army confirmed that the Israeli soldier whom Hamas claimed to have kidnapped died in combat. Hamas agents stole his IDs to try to fake a kidnapping.

Israeli Justice Minister Tzipi Livni told the media today that an immediate ceasefire was not likely. "First of all, it won't happen before we really finish the tunnels project which was laid out as a strategic objective. Second, it won't happen in a way in which Hamas' completely unacceptable conditions are met, because it just won't."

Comment: Hamas' terms for a truce include ending the Israeli operations; ending the naval blockade; releasing Hamas prisoners and opening the Rafah crossing into the Sinai Peninsula, Egypt. Those terms are not meant to be acceptable to Israel, which suggests that Hamas thinks the fighting has not yet achieved its political or propaganda goals.

An issue not discussed in mainstream media is the amount of funding Hamas is receiving from Arab states. Israeli Prime Minister Netanyahu paraphrased an analysis that argued Hamas needed a limited fight with Israel because it was broke and could not pay salaries or govern. According to this scenario, only a violent confrontation would prompt the Arab monarchs to loosen their purses. Hamas needs enough horror to stimulate donations, but not more than that.

The media only mention the US financial commitment of $50 million, suggesting the Hamas strategy has worked on at least one donor. The government of Afghanistan also announced a $500,000 donation for the people of Gaza.

As for the Israelis, their minimum objective has narrowed to finishing "the tunnels project." For 16 days, they have had a "pass" on their operations from the European powers and the US. That pass is expiring.

While European leaders have denounced Hamas' manipulation of civilians and its use of even UN facilities to hide rockets, overall, the TV images of Palestinian victims favor Hamas. Israel probably only has this week to finish the tunnels project before international sentiment turns strongly against it.

Thus, a ceasefire should emerge this week. Hamas is getting some funds, the Israelis are destroying tunnels and the Israeli mantra is no longer resonating that Hamas is responsible for the deaths of Palestinian civilians because they did not heed Israeli warnings.

Israel is starting to appear less as a sympathetic victim and more as a cold-hearted power bent on vengeance. A truce will be the first step towards a ceasefire. The proposal is in preparation in Egypt.

Suspension of international air traffic at Ben-Gurion. The Federal Aviation Administration (FAA) banned U.S. carriers from flying to or from Tel Aviv's Ben-Gurion International Airport for at least 24 hours after a rocket fired from Gaza landed several kilometers from the airport, injuring two people.

Comment: The suspension probably is prudent. Nevertheless, it and the attack that justified it seem to carry an implied political message aimed at urging Israel to shorten the fighting. No flight suspensions were announced during prior rocket attacks at Tel Aviv.

Egypt: The spokesman of Egypt's military said 20 'terrorists' in four vehicles carried out the attack on Saturday, the 19th, that killed 22 Egyptian border guards. The attack occurred at a desert oasis checkpoint 100 kms from the Libyan border.

President al-Sisi vowed to hunt down the killers and root out terrorism.

Comment: Egyptian press described it as the deadliest assault on Egypt's military in years. Most attacks against Egyptian soldiers or police have been in Sinai, in eastern Egypt. However, this is the kind of attack about which President al-Sisi has warned his neighbors. His government probably will interpret this as a portent of a worsening terrorist threat in north Africa, stimulated by the conquests of the Islamic State of Iraq and the Levant. Egypt will renew its call for greater regional coordination of counter-terrorism operations.

Ukraine: No new information about the downing of the Malaysian airliner has emerged, but the US narrative changed significantly. An intelligence briefing given today watered down the strength of earlier assertions about Russian involvement. Today the story line is that Russia is responsible for the tragedy because it created the conditions that led to the shooting.

President Putin spoke about the downing today. "We are being called on to use our influence with the separatists in southeastern Ukraine. We of course will do everything in our power but that is not nearly enough," Putin said at the start of a meeting with defense and security chiefs. "Ultimately, there is a need to call on the authorities in Kiev to respect basic norms of decency, and at least for a short time implement a ceasefire," he said.

Comment: Authorities in Kyiv are likely to interpret Putin's call for a brief ceasefire as a sign that they are winning. Theywill press their operations to retake Donetsk.