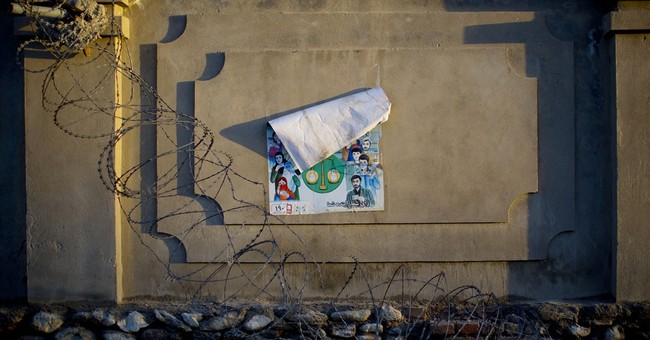 It is the first launch of a Nodong missile since 2009 and marks an escalation from the short-range rockets Pyongyang has fired in recent weeks. The launches also came on the fourth anniversary of the sinking of a South Korean warship.

Washington and Seoul condemned the launch, which violates UN resolutions.

Comment: These launches are unlike the short-range rocket launches because of the Nodong's ability to strike Japan. The other rockets can be test fired without posing a threat to anyone. Not the Nodong. This was a display of pique over the meetings in the Netherlands, as warned by the deputy UN ambassador.

Afghanistan: Ten people, including five gunmen, were killed on Tuesday when a regional office of the Independent Election Commission (IEC) in Kabul came under attack. Two policemen, two civilians and a provincial council candidate were among the fatalities. Eight people were injured.

After two heavy explosions, the attackers forced their way into the IEC office in the sixth police district of the central capital. Two of the militants blew themselves up at the entrance, enabling three others to enter the building. The attackers were killed in the ensuing clash that lasted several hours.

The Taliban claimed responsibility for the attack, which comes less than two weeks before Afghanistan holds presidential elections.

Comment: The Taliban claim of responsibility is significant because most Taliban fighting groups loyal to Mullah Omar and the Quetta shura lack the capability to attack in Kabul. Kabul has been the operating area of the Haqqanis whose allegiance to Omar is variable. The Taliban also claimed responsibility for the 24 March attack on the Serena Hotel, whose clientele includes mainly westerners and journalists.

It is unlikely that Omar's men are poaching on Haqqani territory because of sub-tribal boundaries. It is more likely that all anti-government groups have agreed on the need to disrupt the elections in April and are cooperating as Taliban. Yesterday’s bombing was an act of terror that targeted campaign workers and the election apparatus itself. Ashraf Ghani is one of the front runners in the presidential election campaign. The election date is 5 April.

Russia-Transnistria: Russian military forces in Transnistria (also Trans-dniestria) staged training exercises on Tuesday. The Interfax news agency quoted a spokesman for Russia's Western Military District, Colonel Oleg Kochetkov, as saying that Russian forces stationed in Transdniestria had "conducted an anti-terrorism drill and practiced operations to rebuff an attack on their military base

Comment: This appears to be the first publicly announced exercise by the small Russian force in Transnistria in many years. For analysts, it provides a needed update on the status of those forces. The announcement also is part of Russia's perception management campaign which is intended to rattle and annoyUkraine and the West.

Egypt: A southern Egyptian court has set 28 April as the date for a ruling on a case where 682 suspected Islamists, including the Supreme Guide of the Muslim Brotherhood movement, Mohamed Badie, face several charges, including murder, a judicial source said.

The mass trial, which opened on Tuesday in a court in the southern governorate of Minya, came a day after the same court handed down death sentences to 529 supporters of deposed president Mohamed Mursi.

Comment: This is the same court that gave death sentences to 529 Brotherhood members.