Islamist Rebels Continue to Fight Each Other in Syria 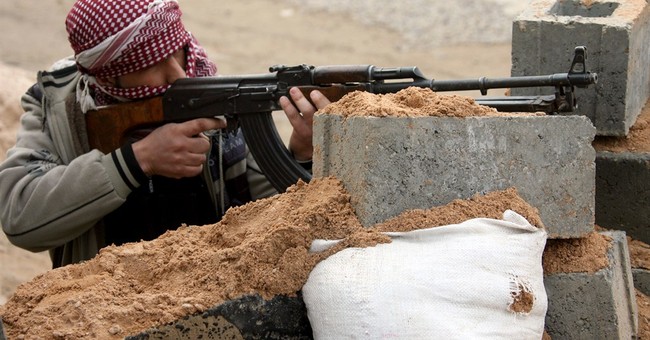 Pakistan: Update. The special court established to hear the treason case against former president Musharraf excused him from appearing in person for two more days while it reviewed his medical records. The court ruled that it had received the medical report, would examine it thoroughly and would rule on it on 9 January.

The court directed the registrar to provide copies of the medical report to the counsels for Musharraf and prosecution team, exempting Musharraf from personal appearance for further two days and adjourned the hearing.

According to the medical report, Musharraf has one blocked artery; is suffering from frozen shoulder (left); mental stress; spine, kidney, knee and tooth diseases and his sleep was also disturbed. He is supposed to receive angiography of the blocked artery this week, five days after admission to the hospital.

Comment: One Pakistani commentator wrote that the medical conditions were not serious or Musharraf already would have had an angiograph of his blocked artery, at least. Other commentators are conveying reassurance messages to the public and the military that stress that the charges against Musharraf are personal and do not reflect poorly on any government institutions or persons.

Syria: On Wednesday, Syrian Islamist rebels seized control of a hospital used as a headquarters by forces of the Islamic State of Iraq and Syria (ISIS) in the northern city of Aleppo. The al-Nusrah Front's leadership has called for an end to fighting between the Islamist groups and to focus on defeating the Asad government's forces. The Front is a member of the Islamist and jihadist coalition that is pushing back the ISIS fighters.

In response, the leadership of ISIS vowed to "crush" its Islamist opponents. Abu Mohammad al-Adnani warned opposition fighters that "none of you will remain, and we will make of you an example to all those who think of following the same path."

Comment: The Front is the designated representative in Syria of al-Qaida leader Zawahiri. The Islamic State of Iraq and Syria was ordered to disband by Zawahiri last year, but has refused.

Egypt: Update. Multiple press services reported on 8 January that the trial of former president Mursi on charges of complicity in the murder of protesters demonstrating outside a Cairo presidential palace in December 2012 has been adjourned to 1 February. Heavy fog grounded the helicopter that was to have carried Mursi from prison to the police academy trial venue.

South Sudan: Peace talks in Ethiopia have stalled, according to Ethiopian officials. The sticking point is over release of political prisoners in Juba. In addition, there is no ceasefire.

A former brigadier in the South Sudan army who defected to the fighters loyal to rebel leader and former vice president Riek Machar said the rebellion is spreading. He claimed senior officials in three more states have sided with Machar. He also said fighting continues in the towns of Bor and Bentiu.

South Sudan-Uganda: Ugandan President Museveni has made good on his threat of intervention and has sent troops in support of the South Sudan government. A military spokesman said 1,200 Ugandan soldiers are providing security at the airport, state house and other installations. He also said Ugandan aircraft have bombed several rebel positions.

According to the spokesman, President Museveni committed more troops and military equipment to South Sudan on Monday and Tuesday in response to a new request from South Sudan President Salva Kiir. The spokesman insisted that Ugandan soldiers are not involved in combat operations, however.

Comment: With the Ugandan military intervention the conflict has widened and become more serious. According to Ugandan analysts in Kampala, Ugandan intervention means that President Museveni suspects that agents of the Sudanese government in Khartoum are backing the fighters of Riek Machar and stirring up the tribes. They are the first to publish their suspicions that the Khartoum government is covertly backing Machar's rebels.

Museveni has a longstanding distrust for Sudanese President Bashir, who backed Ugandan rebels in the past. He also distrusts Machar, whom he reportedly considers a threat to Uganda. The prize in this struggle is control of the Sudanese oil fields which are in South Sudan.