Night Watch  |  Dec 24, 2013
The opinions expressed by columnists are their own and do not necessarily represent the views of Townhall.com.
Top Columns
Trending on Townhall Media 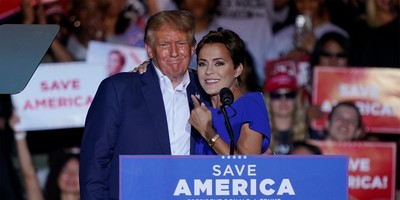 South Sudan: On Saturday, rebel gunfire hit three US CV-22 Osprey short-takeoff and landing aircraft and wounded four US military personnel. The US forceswere assisting in the evacuation of Americans from Bor, in Jonglei State.

The US Embassy in Juba said it has evacuated at least 450 Americans and other foreign nationals from Juba this week and had hoped to begin evacuations from Bor. The U.S. Ospreys were hit one day after small arms fire downed a U.N. helicopter in the same state.

Comment: An ethnic Nuer General named Peter Gadet controls Bor. His soldiers fired on the US military aircraft because they had not requested clearance to land. Gadet was a division commander in the army of the government in Juba before his defection.

A government army spokesman also confirmed that Bentiu, the capital of oil-rich Unity State, had fallen to soldiers supporting former Vice-President Riek Machar. The rebellion also reportedly involves the defection of an ethnic Nuer general and division commander who has sided with former Vice President Machar

Comment: The security situation has deteriorated in South Sudan. The fighting appears to have evolved from personal politics to ethnic bloodletting between Dinka and Nuer tribes.

The lack of details inhibits diagnosis and prognosis of the situation. It is not clear whether this is a civil war in the sense of power-sharing achieved by armed conflict or an ethnic uprising by the Nuer against the Dinka.

Egypt: Update. The government has charged former president Mursi with additional crimes connected with the 2011 uprisings. It also sentenced three secular activists to prison terms or fines for having held a protest rally without authorization and assaulting police officers who tried to break up the rally.

Comment: The military-backed government continues to move on multiple fronts to establish a more stable civil order. The multiplication of charges against Mursi is aimed a suppressing the Egyptian Muslim Brotherhood at all costs through legal actions.

The sentencing of the three secular activists is less than meets the eye. The men are already in custody and will be granted time served. The sentence is at least a gesture to fairness in that secular and Islamic activists are subject to prosecution.

On the other hand, the government increasingly is demonstrating that it has almost no tolerance for the exercise of natural human rights unless the government formally grants a permit. Some would call and others are calling that tyranny.