Really, There was No Iranian Nuclear Deal in Geneva 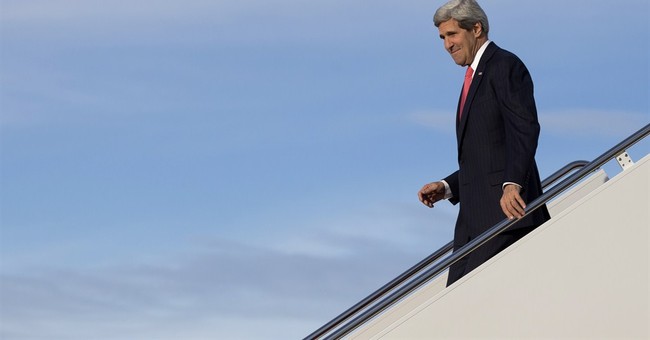 China: Update. The Chinese announced that they monitored the flight of US B-52 bombers, but chose not to react based on their threat assessment. Some Chinese media called the People's Liberation Army a "paper tiger."

India: Update. The aircraft carrier INS Vikramaditya departed Severodvinsk, Russia, on 26 November. The carrier will have a few days' stop to clear customs and fill its bunkers at Murmansk, some 215 nautical miles away, where it will be joined by the frigate INS Trikhand and fleet tanker INS Deepak to begin the voyage to India by 30 November.

When the ships enter the Mediterranean Sea, they will rendezvous with two more Indian escort s - a destroyer and a frigate. The task group will proceed, via the Suez Canal. One Indian naval defense news report stated that when Vikramaditya enters the Indian Ocean it will rendezvous with the other Indian aircraft carrier, INS Viraat, and other ships and submarines to form a battle group.

The group will proceed across the Indian Ocean to a new naval base, INS Kadamba, outside Karwar, a city just south of Goa in Karnataka state. This will be the largest naval base in the Indian Ocean region. Vikramaditya and its escorts are expected in Karwar by the third week of January 2014.

Vikramaditya is traveling without its complement of MiG-29K fighters. Pilots from Black Panther Squadron are finishing certification training in Moscow. The shore-based test facility for Vikramaditya is INS Hansa, at Goa which is still under construction. The ship and its crew are scheduled to be fully operational by mid-2014.

Prime Minister Sharif also appointed Lieutenant General Rashad Mahmood, the most senior three-star general in the Pakistan Army, as the Chairman of the Joint Chiefs of Staff Committee (JCSC), which is a prestigious but most ceremonial position. The most powerful military position in Pakistan is the Chief of Army Staff, which actually functions as a Chief of General Staff, i.e., a full command, not a staff, position.

General Raheel Sharif, age 57, was born in Quetta to a renowned military family. He is a Rajput and no relation to the prime minister. He was the third most senior of the senior generals. His most recent position was Inspector General, Training and Evaluation, where his task was to come up with a strategy to counter India's cold start attack doctrine.

Comment: Several features of this appointment deserve mention. In terms of professional training, General Sharif trained with the Bundeswehr University, the Canadian Army Command and Staff College and the British Royal College of Defence Studies.

His list of official training assignments does not include the US. That indicates he is one of a number of Pakistani officers who rose in the ranks during the period when US military training was denied because of Pakistan's nuclear tests in 1998.

One of the long term ripple effects of those sanctions is that entire cohorts of senior officers in friendly countries have risen in rank with little direct and prolonged experience of American military schooling and American life. That gap in inter-cultural understanding is a significant communications problem.

The last time Nawaz Sharif appointed a Chief of Army Staff in 1999, the general overthrew him in a coup. It was Pervez Musharraf who is being tried for treason. General Sharif's appointment should be safer. For the past six years, Sharif's progression has occurred under the tutelage of General Kayani.

Sharif strongly has asserted that the internal terrorism is as great a threat as is the threat from India. His position as chief of training and evaluation suggests a strong anti-Indian professional orientation as well, but nothing suggests a propensity for political intervention.

Jillani, who currently serves as the acting chief election commissioner, will take over on 12 December from Chief Justice Iftikhar Mohammad Chaudhry who will retire after a tumultuous eight-year tenure.

Comment: Most analysts agree that Jillani's tenure as CJP should be much less controversial than that of outgoing CJP Chaudhry. Both justices were sacked by Musharraf and placed under house arrest in November 2007. Chaudhry has been an activist and has led the judiciary in pressuring the elected government to recognize the independence of the judiciary, despite its official status as a government bureaucracy.

"Jillani will serve as a judge while the present chief justice acts like a politician. Jillani will do what a judge is supposed to do, he has no special agenda," one member of the bar told the press. Jillani has been a Supreme Court judge since 2004.

Iran-US: This week the Iranian Foreign Ministry spokeswoman denounced the US "fact sheet" on the Iran agreement as a misrepresentation. Foreign Minister Zarif clarified the situation, obliquely.

Zarf said the capacity at the Arak plutonium nuclear reactor construction site is not going to increase. "It means no new nuclear fuel will be produced and no new installations will be installed, but construction will continue there," Zarif told Iran's parliament in translated comments broadcast on Iran'sPress TV.

Zarif also said that uranium enrichment at the Natanz and Fordow facilities will continue at levels around 3.5-5 percent purity, but the facilities' capacities will not be expanded.

That is what appears to have taken place in Geneva - two sides used the same words in English, but meant different things. In short, there was no agreement at Geneva.

The strongest evidence of sharp legal practice is the US "fact sheet." In almost no significant substantive respect, the fact sheet fails to correspond to the actual four-page agreement, whichNightWatchused in its analysis. Whoever wrote that fact sheet should be fired because it makes assertions about Iranian undertakings that are factual misrepresentations.

The actual agreement requires no "roll back" of the Iranian nuclear program, though the US fact sheet indicates it does.

These inconsistencies are the signs of a rushed job. If the White House fact sheet represents the US understanding of the terms of the agreement, there is no agreement because the Iranians have an entirely different understanding. They got everything they wanted and sanctions relief. That explains the Iranian declarations of a diplomatic victory and the celebrations in Tehran.

Tunisia:Protesters set fire to the office of Tunisia's Islamist ruling party Ennahdain the city of Siliana as demonstrations erupted nationwide against tough economic conditions. The protesters seized files and furniture from Ennahda's office and burned them in the road, while preventing firemen from gaining access to the building. Silliana is 80 miles southwest of Tunis.

General strikes were called in Siliana, Gafsa and Gabes, which is along the southeastern coast, calling for greater government investment. Protesters also commemorated events in November 2012 when people marched to call for a new provincial governor and were dispersed by police wielding shotguns.

The state news agency reported that the success rate of the general strike in Siliana "exceeded 90 percent, according to the first estimates of the Tunisian Regional Labour Union (URT)."

One protestor said, "We live in desperate conditions because of unemployment, poverty and misery and we are only asking to live in dignity."

Comment: Today's protests are a reminder that the Arab Spring was not about political inclusion, but about poverty, lack of jobs and lack of food. Three years later, Tunisians can vote but there still is insufficient food in the interior, 50% unemployment for the youth and grinding poverty.

The downgrade follows that of Fitch on 30 October and S&P's in August, both well below investment grade, making it even more difficult for Tunisia to borrow on international markets and further reducing international confidence in the North African nation's economy.

Comment: Tunisia parallels Egypt in proving that the Islamists are incapable of governing. Their most significant blind spot is that Islamic zeal provides no guidance about how to feed the people or manage an economy.

As for the government in Tunis, the gridlock continues. Although the government acceded to opposition demands to step down in favor of a Cabinet of technocrats before new elections, weeks of talks on forming a government have failed and have now broken down over who will be the caretaker prime minister.