Syrian Opposition Appears to Be Grasping at Straws 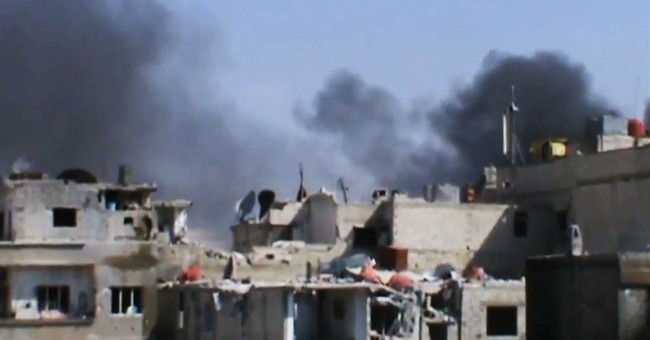 India: For the record. On 16 November Defence Minister A. K. Antony will commission the aircraft carrier INS Vikramaditya -- formerly the Admiral Gorshkov -- into the Indian Navy during his upcoming visit to Russia. Commissioning will take place in Severodvinsk.

Comment: The ship is a former Soviet Kiev-class carrier. India bought the carrier in 2004 and it was supposed to have been delivered in 2008, complete with refurbishment and upgrades. Delivery was delayed by cost overruns for refurbishment and modernization.

This is a longstanding deal that is finally coming to completion. After this ship arrives in December, India will again have a two carrier fleet, with a carrier based on each coast.

Pakistani media reported that India has entered negotiations with Russia to lease a second Akula II-class nuclear-powered attack submarine. The negotiations followed the loss of an Indian Kilo-class submarine to an accident. The Indians reportedly will pay to have the second Akula II completed and upgraded.

Pakistan: The Pakistani Taliban voted on 2 November to replace Hakimullah Mehsud, who was killed in a strike by a USunmanned aerial vehicle in North Waziristan on 1 November. The new leader is Hakimullah's deputy, Khan Said, also known as Sajna. Said allegedly planned an attack on a jail in northwest Pakistan in 2012 that freed some 400 prisoners.

Comment: Pakistani officials and the Pakistani media have denounced the US for killing the one man who could represent the tribal militants at a peace conference. Hakimullah is the man who has conducted negotiations in pubic via press statements with the Sharif government about the terms and conditions of peace talks.

The peace process for now is dead. On the other hand, some Pakistani analysts judge that the Pakistan Army and Pakistani intelligence privately are comfortable with Hakimullah's death because they considered him untrustworthy and expect the government-driven peace talks have no prospects for success. No responsible Pakistani officials wanted talks with Hakimullah which would have given him stature he did not earn or deserve.

Afghanistan's reaction. In a meeting with a US Congressional delegation, President Karzai said he hoped that yesterday's attack on the leader of the Pakistani Taliban will not disrupt the atmosphere of cooperation for success of the peace process in Afghanistan and Pakistan. Karzai stressed that the attack on Hakimullah Mehsud was not carried out at an appropriate time but he hoped that the peace efforts will not be harmed as a result.

Comment: Karzai is piling on for the sake of appearances and to embarrass the US delegation slightly. Afghan intelligence has a longstanding relationship with the Pakistani Taliban aimed at tying down Pakistani security forces because Pakistan has protected Mullah Omar and the Quetta Shura of the Afghan Taliban since 2001.

Both countries follow a dual policy in which public reassurances are contradicted by national security behavior. No peace in Pakistan can take place without Afghan intelligence cooperation just as no peace in Afghanistan can occur without the cooperation of Pakistani intelligence.

Syria: The so-called leader of the Syrian opposition said, "We have decided not to enter Geneva talks unless it is with dignity, and unless there is a successful transfer of power with a specific timeframe, and without the occupier Iran at the negotiating table," press quoted coalition head Ahmed al-Jarba. Al Jarba made the statement at an Arab League emergency meeting in Cairo. Jarba described Iran as an occupying force and said it "shouldn't be at the negotiation table."

Comment: Al-Jarba's conditions are the conditions of a party that is losing on the battlefield. Self-righteous indignation is one of the few substitutes for tactical success.

Egypt: The criminal trial of former president Mursi will begin on 4 November in Cairo at the police academy. The trial will be closed to the public and the press. Security forces are on high alert.

Comment: Despite government precautions and exhortations for normal daily activities, demonstrations are likely.