Assad Speaks Out About Chemical Weapons 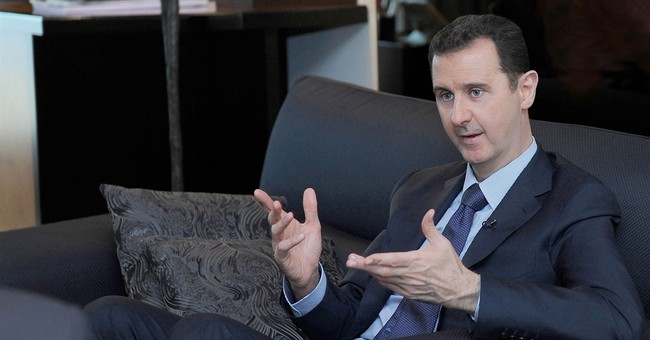 North Korea: The first meeting of the North-South joint committee for the Kaesong Industrial Zone took place in the zone on Monday, 2 September.

Comment: Thus far the North has adhered to its undertakings to resume operations at Kaesong. However, its rejection of an official US delegation to seek the release of Kenneth Bae, who is in North Korean custody, shows that the North's charm offensive is selective in its application.

The North used the Bae situation as the occasion to register its hostility to US-South Korean military exercises that ended Friday. A foreign ministry statement said the North had approved the US official visit to obtain Bae's release until B-52 bombers joined the exercise. The North called the B-52 flights nuclear blackmail and canceled the visit.

North Korea had not criticized the Allied exercise before that and almost certainly was looking for an excuse to swipe at the US.

Pakistan: Karachi is in a law and order crisis. Prime Minister Nawaz Sharif on Tuesday vowed not to politicize a planned solution to restore peace to Karachi and hoped others would cooperate with the federal government in doing so.

Sharif arrived in Karachi on Tuesday morning. On Wednesday he is scheduled to preside over a special federal cabinet session on the deteriorating law and order situation. The cabinet is expected to decide on a planned targeted operation against criminal gangs and armed militias of political groups, whose turf war has ruined law and order in Karachi.

Comment: Last week politicians debated a proposal to place Karachi under military control for a large scale clean-up operation. The senior police officer for Karachi, however, claimed today that the police have the situation under control, but that is beiong understood as an effort to protect his authority.

Karachi is generally ungovernable. The federal government intervenes when criminal activity and armed political activity, which often are connected, reduce the revenue from trade and port operations. Federal clean-up operations have come and gone without affecting the foundation of graft and violence. They serve to reduce violent crime to a more tolerable level so that economic activity can occur with some predictability.

Syria: President Asad gave an interview to Le Figaro which was published by the Syrian news agency Sana on 3 September. Excerpts follow.

Asad denied Syrian forces launched a chemical attack. He said Syria has no motive to make such an attack because it is winning the fight. He challenged the US to produce its proof and show it to the UN since the party making the accusations has the burden of proving them.

He said his soldiers were wounded in the attack on the 21stand the UN inspectors visited them in hospital.

He accused the US President of being a weak leader who succumbed to pressure from small groups and as one who starts wars instead of prevents them.

Concerning a Syrian response to a US attack, he reminded the interviewer that the architects of a war only control the first shot. He said the first and the greatest danger is that the situation will explode into a regional war.

In response to a question about Russian support he said,

"Today, stability in the region depends on the situation in Syria; Russia fully fathoms this. Russia is neither defending the President nor Syria, but rather it is defending stability in this region knowing all too well that otherwise it will also be affected. To assess the situation through the narrow lens of a Syrian-Iranian alliance is a naive and over simplistic view; we are dealing with a situation of far greater significance."

Concerning contacts with Americans, he said,

"I don't think anyone can trust the Americans; I don't think there is a country in the world that can guarantee that the Americans will or will not take any form of action towards another country, so it is pointless to look for such reassurances. The Americans adopt one position in the morning, only to endorse the complete opposite in the evening. As long as the US does not comply with or listen to the UN, we should not be reassured."

He saw no reason why the US could not wait until after the UN lab tests are finished.

"…today we are fighting terrorists, 80-90% of them affiliated to Al-Qaida. These terrorists are not interested in reform, or politics, or legislations. The only way to deal with the terrorists is to strike them; only then can we talk about political steps. So in response to your question, the solution today lies in stopping the influx of terrorists into Syria and stopping the financial, military or any other support they receive."

He cited Saudi Arabia, Qatar, the US, France, Britain and Turkey as supporting the terrorists.

He said he considers the present French government's policies to be an enemy of the Syrian people, but not the French people.

Comment: The interview summarized the main issues and Syria's position. The written text indicates Asad is well informed and articulate in answering the questions. He expressed views that echo in many countries. He did not deny that chemicals were used, he blamed their use on the opposition.

UN: For the record. On 3 September, Secretary General Ban Ki-moon stated that any unilateral punitive military action against Syria would be illegal. He said the only lawful uses of military force by UN members are in self-defense under Article 51 of the UN Charter and pursuant to Security Council approval.

Special comment: The thrust of US public discourse centers on US military action and its effect. Very little attention and intelligent commentary are being paid to the ripple effects from the manners in which Syria and its allies will respond and the measures the US and its allies need to take to minimize damage around the world.

Both Hizballah and Iran have joined Syria in threatening responses. Hizballah and the Revolutionary Guards Corps Qods Force have the capacity for terrorist attacks on every continent. US targets, from tourists to business enterprises, are vulnerable everywhere.

As time passes without action since 21 August, the outrage over the chemical attack is in danger of succumbing to the inuring effects of too much TV exposure of the same images. What is likely to emerge to replace those images is the image of the most powerful country in the history of the world attacking Syria without waiting for the UN to announce its findings.

Readers may be confident that the Syrian propagandists already have developed an information strategy for showing the world images of dead women and children from stray US missiles.

Israel-US and Russia-Syria: Press services reported and showed video and the US Defense Department released a press statement that the US and Israel fired one or two missiles to test Israel's Arrow ballistic missile defense system. The US announcement said that the exercise was long planned and had nothing to do with the Syria situation.

Russia actually was the first to detect the test or at least the first to publicize it. It announced that its ballistic missile early warning system successfully detected two ballistic objects flying from the central Mediterranean Sea on an easterly heading. The Defense Ministry ordered heightened combat readiness for the Aerospace Defense Troops, according to Ria Novosti.

The US and Israel initially denied the report of a test, but corrected themselves later.

Comment: The US and Israel appear to be testing whether the Arrow system can detect Syrian missiles in time for them to be shot down before reaching Israel.

The Russian disclosure of the previously unannounced missile test caused the price of crude to jump $1.00 almost instantaneously on fear of a US surprise attack against Syria. The implication of the Russian announcement is that the US must expect that Russia can and will provide missile attack warnings to Syria, should the US attack Syria, to the extent it is able. Russian "advisors" probably are manning some of Syria's air defense systems.

Russia press reported that the Russian Navy has ordered two more ships to the Mediterranean Sea as part of the "routine rotation of ships. Two large amphibious landing ships are expected to arrive by the end of this week. They can carry 500 tons of cargo or ten battle tanks and 200 soldiers.

Comment: They would be useful in resupply and in evacuation of Russians from the port of Tartus. Thus far, President Putin has shown no inclination to pull the Russian Navy from Tartus.

Egypt: On 3 September military vehicles were deployed in Tahrir Square in downtown Cairo to prevent Muslim Brotherhood demonstrators from rallying in the Square. The Brothers called a march to mark two months since the ouster of Muhammad Mursi. Some Brotherhood supporters and the police clashed outside one of the presidential palaces in Cairo, but no injuries were reported.

The interim government announced on 1 September that Mursi and 24 others would be prosecuted on criminal charges for inciting violence and killing during protests last December against his attempt to assume supreme authority by fiat.

Comment: Slowly but steadily, the government is moving to suppress the Muslim Brotherhood. The criminal prosecutions add weight to arguments made by commentators in the last week or so that the Brotherhood is a crime syndicate that should be outlawed.

The Egyptian government said that protests have waned but "at least six people were killed" in addition to dozens of injuries on Friday when thousands of demonstrators took to the streets of Cairo and other cities.

Comment: The demonstrations are getting smaller. Aside from the security environment, the Brotherhood reportedly is split. The older members want to continue to demonstrate to have Mursi reinstated. The younger members want the organization to switch to a theme of opposition against the military government, so as to broaden the appeal and rebuild popular support.

In Sinai, daily militant attacks continue. The Egyptian Army bulldozed homes along the Gaza Strip border and filled in the tunnersl beneath them as part of its creation of a buffer zone to reduce smuggling and illegal border crossing.