Tear Down Those Barricades! 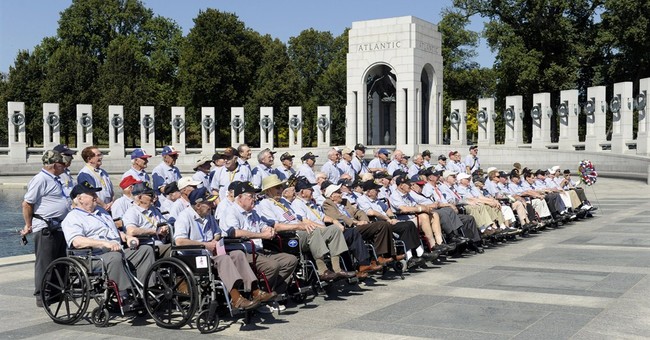 I usually write about tax and environmental issues.

I have been observing the government shutdown circus over the past few days.

I observed families trying to gain entrance to the Vietnam Memorial to touch the names of their loved ones on the wall.

On Tuesday I watched 20,000 protestors for immigration reform exercising their First Amendment rights on the National Mall. Support the Obama agenda and the barriers are lifted! House Minority Leader Nancy Pelosi thanked the President for the special treatment.

My dad spent four years as a Japanese prisoner of war in the Philippines. He was captured at 200 pounds. He returned at 90 pounds with no teeth and no hair. He passed before the World War II Memorial was constructed. Barricading that memorial is an insult to his memory and to those living and dead who fought for our freedom.

I have a good friend named Harry. He earned a Bronze Star in Vietnam and is now fighting another battle. His enemy today is cancer. Harry lives 20 minutes from the Vietnam Memorial. It is an absolute outrage that he has to walk through police tape and barricades to visit lost friends at the black stone wall. Talk about a slap in the face.

I have four words for our non-negotiating President. Mr. President, tear down those barricades!